The All Pakistan Business Forum, on the occasion of Defence Day, has expressed solidarity with the armed forces, struggling against terrorism in North and leading operation in Karachi to bring back the lost peace of this industrial hub of the country. 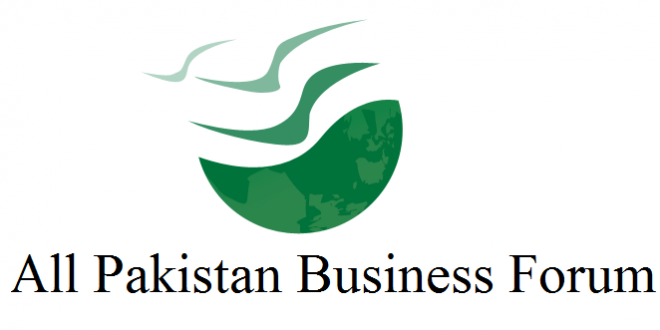 Ibrahim Qureshi said that the successful operations of Pak Army and security forces against terrorism has made the situation stable in FATA and the Temporarily Displaced People are now returning to their homes.

He said that the whole Pakistani nation was supporting the Pak army in their struggle against terrorism so that terrorism was fully extirpated from the soil. He said that when there was peace in the region, socio-economic development and prosperity would come.

He asked the government to also utilize its resources for the provision of job opportunities to the FATA youth enabling them to go ahead with the hard times after a long war on terror.

“It is high time that the nation as well as all political parties must boost the morale of armed forces and Pakistan Rangers for eliminating criminal elements from the industrial hub of Karachi.

He said that businessmen stand united as a nation to brave internal and external challenges.

He lauded that Chief of the Army Staff Gen Raheel Sharif, who is determined to lead the fight against terrorism in partnership with other law enforcement agencies and in line with the constitution.

APBF president said that at a time when the government was striving for attracting foreign investment and encouraging local businesses, the deteriorating law and order situation is putting a reverse gear to all its efforts.
He said that the business community plays an important role in running the affairs of the country and the govt should take special steps to protect the businessmen from any such incident.

He said that the worse law and order was not only affecting the business transactions between Karachi and Lahore but also forcing the businessmen of the upcountry to close down their businesses with Sindh.

He said business community would continue to play its role towards the well-being of the economy as it understood that the terrorists activities had been carried out to shatter the confidence of the private sector and also to tarnish the image of the country. “It seems that some foreign hand is active to tarnish the image of Pakistan which is now being considered as a land of opportunities,” he said.

The stage is set for Levi’s® Live’s Session Two