Huawei Mate S at a first glimpse appears very familiar to us with lusty aluminium sleek designed body that is delicately framed with fine linings for antenna. Huawei Mate S reached to us in glimmering golden color, appearing remarkable in style and elegance. 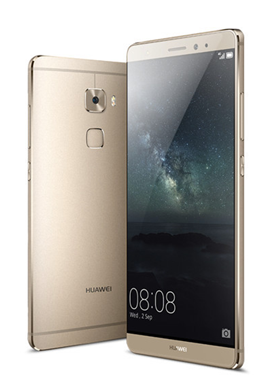 However, Huawei Mate S is pretty similar to HTC 1 Max except for the removable back cover of the former and fingerprint scanner in the Mate S. But more likely M7 of HTC could be counted as the twin of this marvelous smart device. The difference of sizes among these gadgets is also important, but it does not stop here to intermingle with sizes, similarities and differences, but there are a lot of undiscovered wonders for the consumers of Mate S when they have their hands, on this symbol of excellent technological innovations.

Perks And Jerks by Mate S In A Quick View

Huawei Mate S is enriched with the followings:

Mate S has a sleek design with perfectly smooth screen and Huawei logo on the rear bottom  of the screen. On the bottom of the device we find two accurate distanced grills for the speakers despite of the not widely known fact that behind these grills pair there is a single speaker but it all comes arounds when we turn to the music and voice gauging while putting calls on the loudspeaker. Adding to this the voice producing quality of the speaker is must be appreciated as it brings us smooth and clear sounds and voices. Also the idea of positioning speakers at the bottom of the device is cool..we must say!

A USB cum charger plug-in port appears just in between of these two speaker spots at the bottom that is again nice managed to put over there- though most of the smart devices have the similar position of the port- but for Mate S it gives us the impression of compact designing (more likely that remained the attribute of Steve Jobs’s creations in computer technologies), when we turn to its bottom hardware arrangement. Also, two little silver shine screws at the bottom of the device are inserted deep one beside the each speaker grill on the outward giving compact dignified look overall to the bottom area of  Huawei Mate S.

Apart from this on the right side of the device we find keys for the volume adjustment and power button. Important to mention here is that the layout of the keys is kept pretty sleek and slim and looking at it from a distance, does not seem odd to the observer at all. Similarly to that of Apple smartphones Huawei Mate S has small, tucked into the left side of the device a SIM/SD card tray elegantly. On the top of the Huawei Mate S there is a headphone plug-in jack of finely 3.5mm.

The Subtle lining of silver color around the edges of Huawei Mate S giving it a fine look and enhances its outlook beauty.

When it comes to the vibrant colors of Huawei Mate S screen and front side obviously of the device Huawei is little behind the expectations of the consumers. Putting in front of sunlight or during moving under the high beam lights of our truck we found the display just gone away from the sight and could not sustain its all that glorious impression.

On that we can say that Huawei is yet to be proved a master of smartphone technological innovations and industry. Also we can say that this is the only bigger odd on can loose heart on while in standing in the market, choosing among the wide range of smartphones from different manufacturers.

On the side of hardware fittings in the Mate S we have found  Hisilicon Kirin 935, Octa core (4*2.2GHz + 4*1.5GHz), 64-bit that has proven a fast multi function attributes a real mark on our experience while using Mate S. Also the RAM of 3.0GB adds a lot to the smooth feel and experience.

As smart device users or should say addicted we are pretty much conscious about the batteries of the devices we are up to and it always remained my basic concern whenever I use a smart device. Also certainly in the case of Huawei Mate S smart phone I focused deeply to the battery timing of the Mate S. Guess what I found? It satisfied the concern well. On a single charging Mate S has provided us the timing of ranging to 12-14 hours varying as per the use of Apps and online calling, etc. It is an appreciable timing by a smart device of any capacity. Hence, in the race of battery timings Huawei is on the mark!

Blunt power manager feature of Huawei Mate S is another software that in case of heavily drainage of the battery by any application we are using through a message to kill the page type option to select you either to continue with the app or allow Mate S to shut it. Although it is a good thing if you think of battery timing and power saving, but could you imagine the frustration it may cause when you are using the app you really don’t want to shut down but in hurry your finger presses against the wrong option??

Also, when we hold Mate S in the hand it is just more than perfect to have fingerprint scanner at the back side where our finger reaches like it is made on the mother nature style of accuracy and perfection. However, it makes predictable that in this design index finger is likely to be the unlock key!!

Fingerprint scanner security mode is supported with PIN code security as well. So that in case of any problem or situation PIN code can also be approached to unlock the phone.

Besides the phone unlock, security through fingerprint scanning is felt a bit limited feature or I should say a limited use of this marvelous feature. Fingerprint scanner is no doubt meant for the security certainty affirmation, we know. But what would go wrong with this if we could use it to, for example, open the particular app like camera or editing features in the camera or any other function during playing games or working on the office application. Meaning thereby, why it must be too restricted to the unlock options?

Therefore, it’s up to the creative minds of Huawei to explore in the universe of limitless ideas and bring in something interesting they can grab and make it real through their innovative technological superior hands of experts.

Huawei Mate S has supported with EMUI 3.1 and Android 5.1 operating system as has mentioned in the specifications above. Moreover, we have experienced smooth and efficient operations of Mate S. All the built-in and downloaded apps worked good and even the games were easy going on these Operating Systems.

Apart from this there were some problems regarding the notifications of the gmail that appears with sender name and subject in black and if we use a black theme of dark wallpapers it becomes difficult to read out the notifications with ease. And unlike other Google apps Gmail notifications are still not available on the locked screen.

Overall, we must say that Huawei has been bringing actual fun and technological wonders even in utilizing EMUI. And we can forego little odds in this regard as well. Because there are countless other features we can rely on, or more get entertained from. No doubt we have few complaints left unaddressed but hats-off to the remarkable (overall) elegance, efficiency, beauty, delicacy and style that Huawei has perfectly blended in Mate S.

Huawei has been very specific in selecting specifications of its cameras in the its devices. Having a real decent camera is no doubt alluring consumers, making their choice for a multi-purpose smart device. Huawei has always stressed its efforts on making camera a real pursuit and satisfaction for the consumers. Also the year of 2015 has seen number of classically good cameras by the smartphone manufacturers. Among these, beleive us Huawei is no where lacking in the pace. 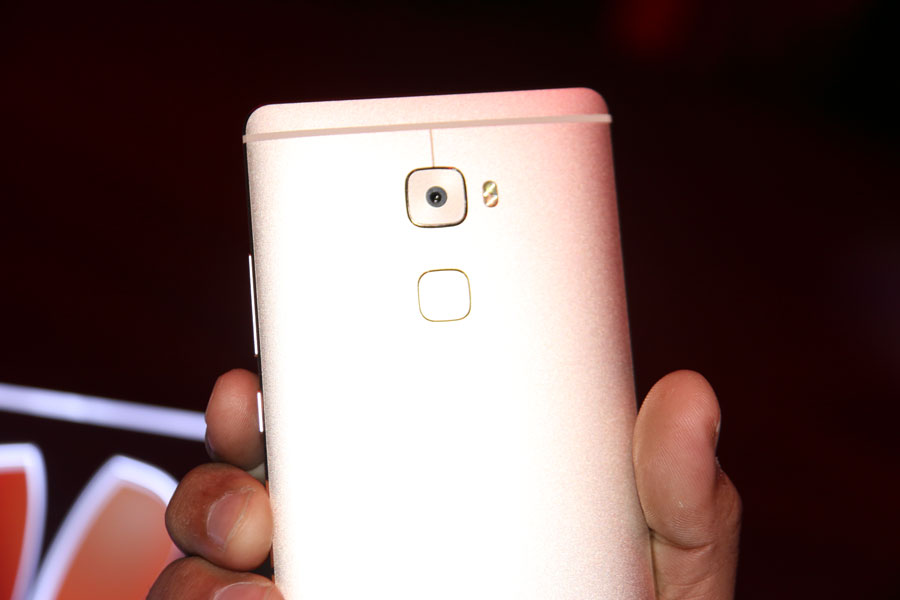 Huawei Mate S has brought 13 Megapixel back camera with dual tone flash and front camera is of 8 Megapixel FF BSI, with soft LED flash. Adding to this is the full-featured camera app having horizontal options line at the bottom line including Beauty, Photo, Video and more options. In the additional options are watermarks (Time, Date, Weather and moods), mirror, panorama and audio notes.

High Camera resolution coupled with powerful LED flash on the back side make the pictures amazingly awesome even in complete darkness. We have tried number of shoots in a dark night in the absence of any source of light except LED flash. And we found really cool results with minor details clearly captured.

It does not stop here. Options of resolution, zoom in, zoom out, white balance, aspect ratio, geo-tagging, ISO, image adjustment and auto flash timers are more than a count we imagined before having Mate S in our hands.

Although fingerprint scanner as we were suggesting to use for further options it is to be noted here that the scanner has the option to be used as selfie shuffler but it’s not that smooth function for one to cheer on.

Taking good pictures can be a hassle sometimes especially in these times of social media influence. To carry a good camera everywhere you go...
Read more
Business

Finally Tecno Mobile has started teasing its much awaited device Camon 12 Air on its social media pages. As TECNO gears up for the...
Read more