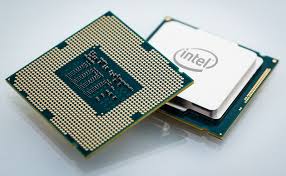 The rumor mill predicts that there will be an event to launch the product a few months before.

Intel Alder Lake processors are expected to hit shelves mid-November, or at least that’s the fresh word from the CPU grapevine.

To be precise, this comes from Wccftech which is citing its own sources as feeding back the info on the launch date that’s supposedly set for November 19.

This is the on-sale date of the 12th generation CPUs. Intel is expected to reveal the spec, initial performance benchmarks, pricing, and other details at the Intel ON event in San Francisco, October 27-28.

That was the previously rumored date for the unveiling of Alder Lake chips, so it fits with past speculation and indeed what could be considered a heavy hint from Intel that was dropped back at the end of July.

Wccftech believes there will initially be a handful of K (more performant unlocked models that can overclock), and then more mainstream options in the weeks. The processors will, naturally, be accompanied by the release of Z690 motherboards (it’d be pretty pointless to have the CPUs without any boards because remember they have a new socket design, so they won’t fit with any existing hardware).

The Intel reveal at its big October event makes sense. Also, a sale date a few months later from that seems like an excellent bet. The overall picture is positive, but you should be cautious with any rumor that comes down from the rumor mill.

With Microsoft announcing that Windows 11 will be launched on October 5 a few days ago, the speculation that both the revamped operating system and Alder Lake chips might go live at the same time has obviously been put to rest. Although it was understandable given the fact that Intel’s 12th gen silicon is actually optimized to work with Windows 11 through tweaks on both the software and hardware scheduler, this doesn’t seem to be happening right now.

Regardless, with their entirely new design and mix of performance and efficiency cores, there’s a lot of excitement about Alder Lake processors, and how they might not just be great news for laptops and battery life, but also could turn out to be gaming powerhouses eventually.

PTCL Group invites applications for its coveted MTO Program   Promising engineering and business graduates may join the program to get hands on experience and ... Read More

Islamabad - 08 May, 2019: Pakistan Telecommunication Company Limited (PTCL) is offering 40% discount on installation charges of all new connections for a limited time ... Read More

The Gorgeous vivo V23e — Tech Gurus’ Opinion These days, smartphones pack the latest and greatest of hardware. There are very few areas left for ... Read More