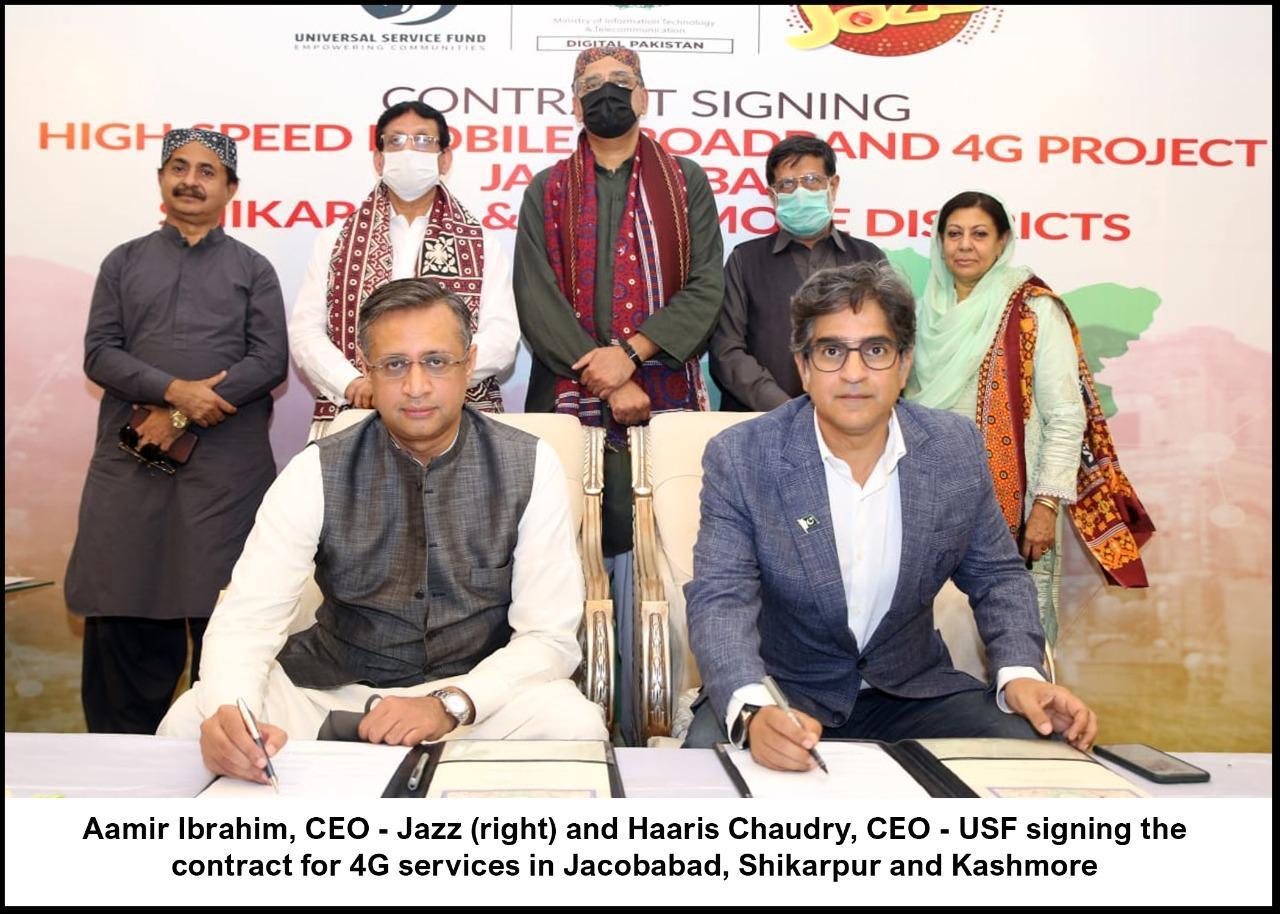 Aamir Ibrahim, CEO – Jazz, said, “Jazz invested US$ 462 million during the last two years mainly to expand its 4G footprint in rural and semi-urban areas and bridge the digital divide as we collaborate with the Government of Pakistan in realizing the #DigitalPakistan vision. Today, close to 60% of Pakistan’s population has access to Jazz’s 4G network. Through this contract, Jazz in collaboration with USF will equip over a million unserved residents of the three districts with high-speed mobile broadband, creating socioeconomic opportunities and uplifting lives.”

Addressing the ceremony, Syed Amin Ul Haque said that the Ministry of IT and Telecommunication has launched nine projects worth over PKR 8.48 Billion in the last two years focusing on improvement of network coverage and provision of high-speed mobile broadband services along with a number of optical fiber cable projects in Sindh. The completion of these projects will provide facilities to 17.7 Million people in 19 districts of the province. Currently, 1,900 km of optical fiber cable is being laid which will serve educational institutions, health centers and businesses, allowing citizens to access high-speed internet.

While addressing the ceremony, Asad Umar and Muhammad Mian Soomro thanked Syed Amin Ul Haque for launching projects worth billions of rupees for the province of Sindh. They said that Prime Minister’s Digital Pakistan vision means to complete the process of digitalization and networking across the country and connect the nation to the digital world, be it the under-served areas of Karachi or the interior rural areas of Sindh. We give equal priority to all provinces.

Haaris Mahmood Chaudhary, CEO – USF said, “Federal Minister of IT and Telecommunication, Syed Amin Ul Haque has given special instructions to spread the benefits of Information and Communication Technologies (ICTs) to all corners of Pakistan regardless of province, region, language or political affiliation. This project will benefit an unserved population of 1.09 Million in 271 unserved mauzas, thereby covering an unserved area of 3,996 sq. km. of the three districts. The project will be completed within 12 months.”

Prior to the ceremony, Aamir Ibrahim visited Jazz’s franchise and the mobile market in Sukkur to meet with regional employees. He also used this opportunity to interact with local customers in a bid to gain further insight into their needs.

This invitation is addressed to you, the user. Just like the new Daraz app is. Addressed to your personal preferences and priorities. What: The New ... Read More

Huawei Going To Invest In A Major R&D Project In Canada Lahore: 28 April, 2016:-  Huawei has been playing a crucial role in the technology ... Read More