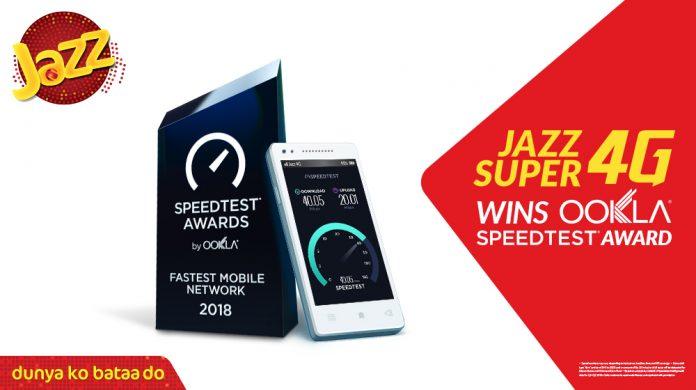 The Speed test® award from Ookla® goes to Jazz, Pakistan’s leading digital communications company. Ookla, an independent global leader in internet testing analyzed tests from a large sample of genuine mobile users in Pakistan, and found Jazz to be significantly ahead of its competitor telecom networks. 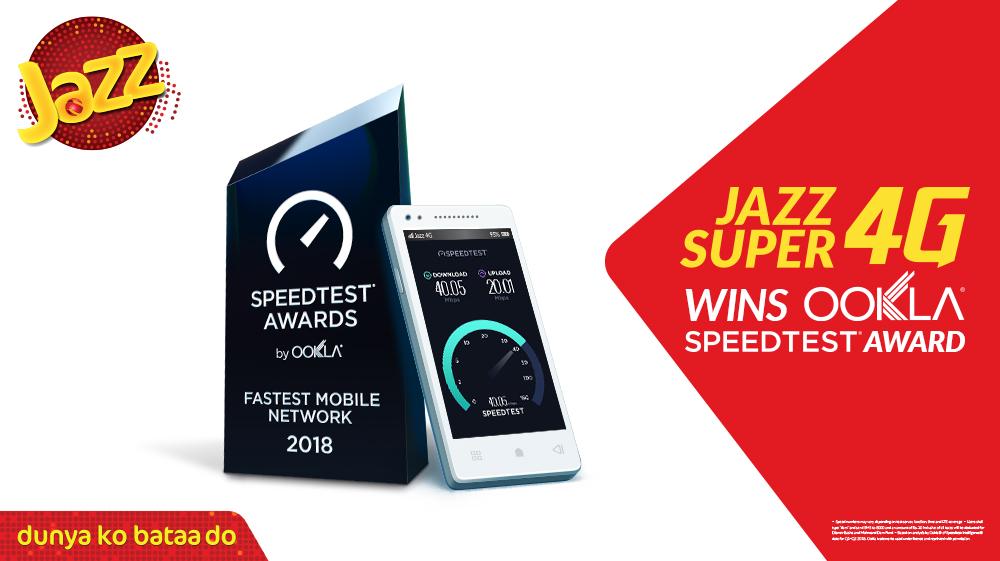 Jazz is the country’s fastest mobile network. This is significant becausenot only is Jazz the largest operator of the country, but also has the largest mobile internet user base of over 20 Million customers. Now, as Pakistan’s fastest data network provider, Jazz consistently looks to offer subscribers the best online experience.

CEO of Jazz, Aamir Ibrahim said about the Speedtest award, “When a global leader such as Ookla, recognizesJazz’s efforts to ensure that mobile communications technology remainsat par with global standards, we consider it a huge win. We have always been committed to enabling users of our data services to upgrade their lifestyle for all things online.”

“With millions of tests taken using Speedtest every day, Ookla has developed a robust and comprehensive view of worldwide internet performance. It is our pleasure to recognize Jazz as the fastest data network in Pakistan based on our rigorous analysis. This award is a testament to the Telco’s exceptional performance, as experienced by their own customers during Q1 and Q2,” said Jamie Steven, Executive Vice President of Ookla.

The analysis by Ookla is based on an analysis ofover 700,000 user-initiated tests carried out nationwide.The findings recorded from mobile tests with theSpeedtest® app during the first half of 2018 resulted inJazz achieving a Speed ScoreTM of 17.03, whereas the average score for other competing networks was 9.32.

Jazz lives up to subscribers’ demands with an ambition to roll-out the latest services and products, and a fast, reliable data network spanning the length and breadth of the country are reasons why the mobile operator is the network of choice for over 55 million subscribers and has the highest number of mobile internet users at over 20 million customers.

ACCA hosts discussion on “The Budget 2018–19: Challenges and Opportunities for Economic Reforms” in Lahore

Etihad Airways, the national carrier of the United Arab Emirates, has launched a new daily service between the capital of the UAE, Abu Dhabi...
Read more