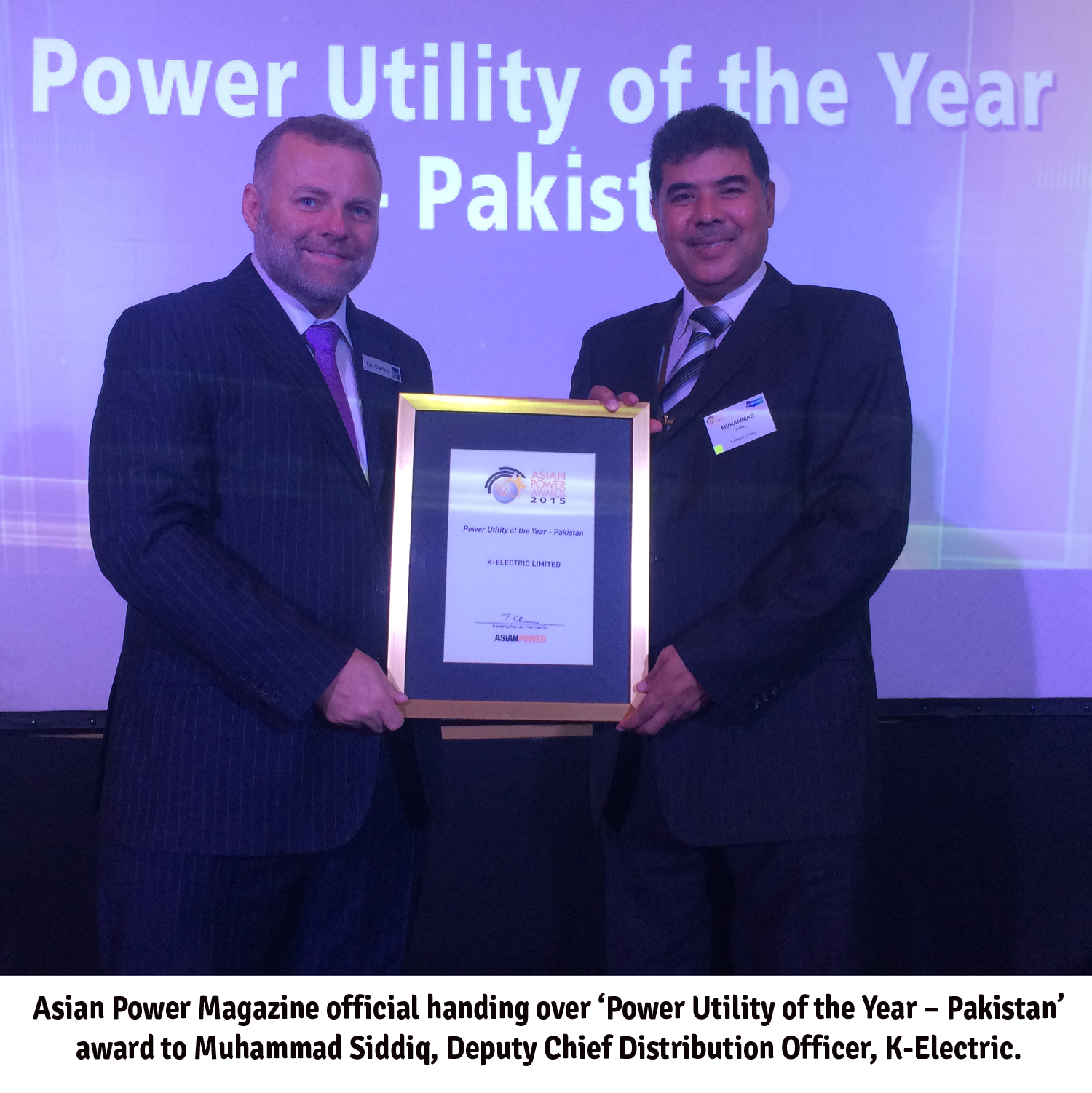 K-Electric (KE) via its press statement is pleased to announce that the entity was judged the winner at the ‘Asian Power Awards 2015’ in the category of ‘Power Utility of the Year’ for Pakistan. This achievement marks another success for K-Electric by international institutions in appreciating and applauding the services of KE over the past few years. The 2015 awards and certificate ceremony was held in Bangkok, Thailand and the press statement detailed that the utility previously earned 2 awards in 2009 by the Asian Power magazine for ‘Best fast-Track Project in Asia’ and the ‘Asian Power Plant of the Year’.
At this prestigious occasion, Tayyab Tareen, CEO K-Electric added, ‘K-Electric is proud to be recognized for such an achievement internationally as a leading power utility from Pakistan, which has worked rigorously to stand out from the crowd. This award marks the recognition for the strategic development coupled with hard work that lays the foundations of this company and city – making our country proud. There have been hurdles and many difficulties through this journey, however this achievement doesn’t put an end to our determination rather sets another personal benchmark for future excellence. We will continue to grow in our efforts and support this nation as a strong resilient workforce’.
Asian Power Awards is hosted by Asian Power Magazine, is Asia’s top industry magazine focused on power generation and innovativeness across the globe. Since its launch in 2005, Asian Power Awards has served as a platform in acknowledging key power industry players, recognizing and appreciating the work of top achievers, best practices and innovations in the power industry.
K-Electric is proud to have been recognized for its efforts and promises to persistently work towards bigger and better recognitions in the future, in a bid to support and serve its valued customers while setting new standards in power sector innovativeness.

These GPS Gadgets Will Make Your Watch Even Cooler

GPS trackers are getting all the more thin, not so much expensive, yet rather more vital for security and outside movement than later in late ... Read More

A Few Individuals at NEPRA adamant in Destroying K-Electric’s Reputation, KE will respond stringently: KE This year NEPRA declared K-Electric as one of the best ... Read More