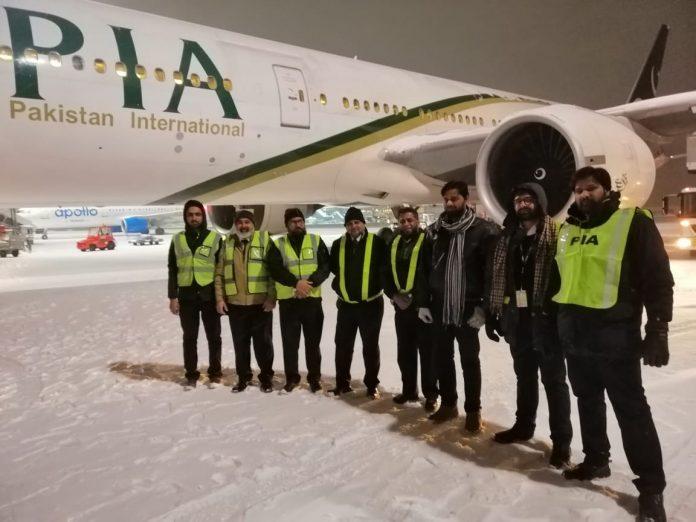 PIA Flight PK 752  after reaching Oslo  from Lahore on February 6, due to a technical fault in the engine aircraft was grounded. The local airlines technical staff was contacted, and they refused to work after the initial checkout process due to snowfall and severe winter in Oslo.
PIA’s engineering team from Pakistan analyzed the situation and based on their expertise and skills rectified the fault not only informed the foreign  engineers that 3- 4 hours time was required to finish the job but also did the same upon refusal by the foreign airline technical staff. 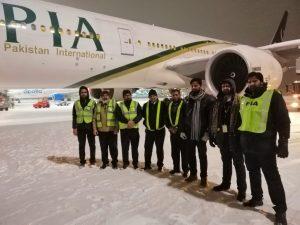 These highly skilled  engineering team from Pakistan, along with the necessary equipment came on PK 757  for London which made a brief landing  in Oslo.
The aircraft fault was then rectified by PIA engineers in 3- 4 hours under extreme weather conditions.

The aircraft after repairs took off after a delay of 30 hours on February 8.
Meanwhile, more than 200 passengers of the return flight were  provided hotel accommodation  and were well looked after.

Islamabad – 06 January 2019: Jazz has successfully tested out the fifth generation of mobile technology. In its effort to lead the digitalization journey...
Read more
Business