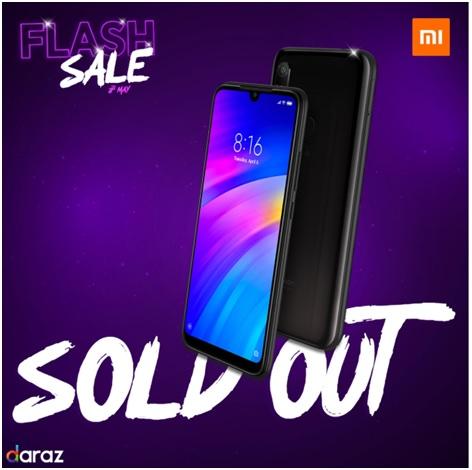 After the mind-boggling launch of Redmi Note 7, Mi Pakistan paved way for the launch of another 7: Redmi 7. Redmi 7 is said to be Fastest in Class with a Power that Lasts and has surely taken over our hearts with a banging debut on Daraz earlier today. 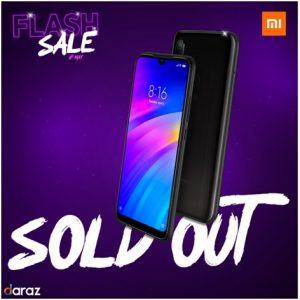 Redmi 7 made an exclusive debut on Daraz at 8 PM tonight with a special discount price of Rs. 24,999. The opening of the product received an enormous response leading to the product running out of stock in less than 10 minutes.  Once again, Mi Pakistan has reached new heights breaking records of its own with such overwhelming launches.

Once again fans proved that when it comes to loyalty no one can beat Mi Community.

Redmi 7 features a 6.26″ (15.9 cm) display with a screen resolution of 720 x 1520 pixels and runs on Android v9.0 (Pie) operating system. As far as the battery is concerned it has 4000 mAh. Over that, as far as the rear camera is concerned this mobile has a 12 MP + 2 MP cameras. Other sensors include a Light sensor, Proximity sensor, Accelerometer, Compass.

Infinix S3X: Kicking It up A Notch

It hasn’t been very long since Infinix launched its Infinix S3 but speculations upon its upgrade have already surfaced with Infinix releasing a picture...
Read more
Telecom