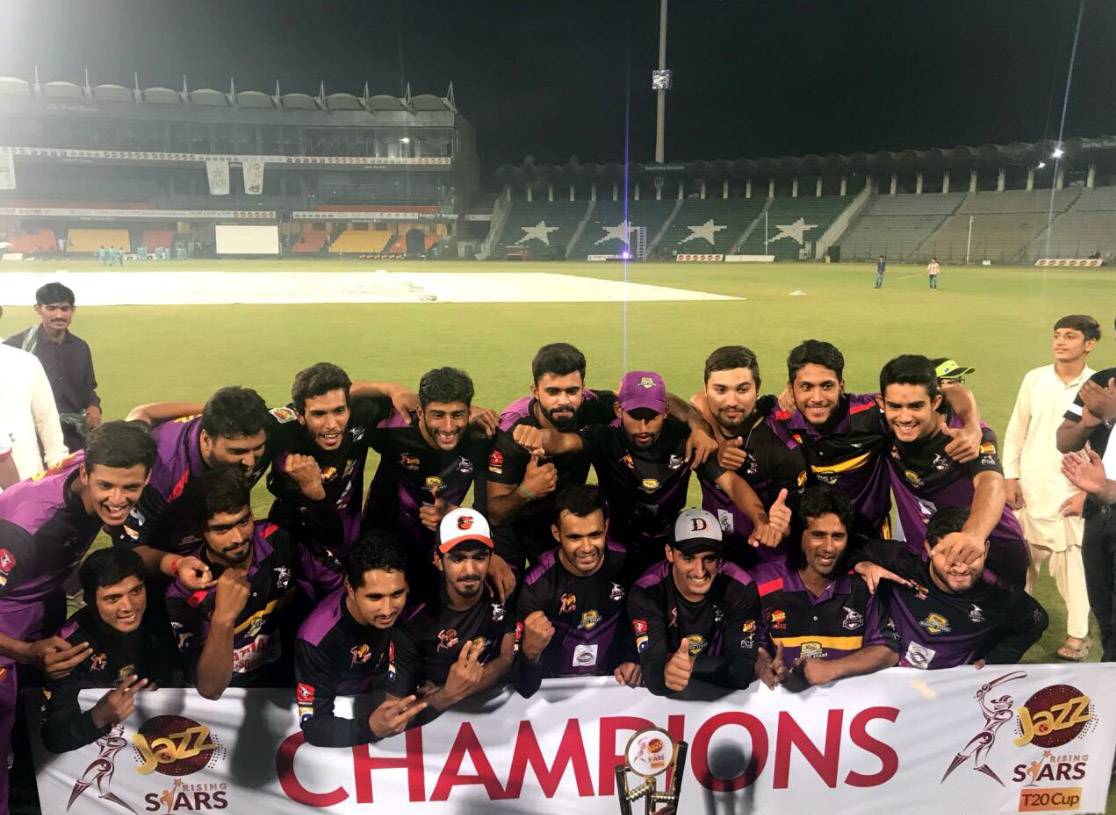 Lahore, 9 October, 2017: In a befitting finale for the Jazz Rising Stars (JRS) T20 Cup 2017, Sargodha Rising Stars beat Layah Rising Stars to lift the trophy. Batting first, Layyah RS posted a total of 148/8, which Sargodha RS were able to chase with 6 wickets to spare. Sargodha’s opener Muhammad Naveed was the man of the match for his match winning knock of 68 runs. Speaking at the closing ceremony, Shahbaz Maqsood Khan, Director Marketing – Jazz, said, “I would like to congratulate Sargodha for the victory. I am sure some of these boys will go ahead to represent the nation in future tournaments, which is exactly what the Jazz Rising Stars initiative is all about.” Pool B matches, the semifinals and the final of the JRS T20 Cup 2017 took place at the Gaddafi Stadium in Lahore. Matches for Pool A were played at Muzaffarabad Sports Stadium.  Over 160,000 participants from nine cities came for this year’s JRS trials.

Now top 16 players from the tournament will get professional training and international experience under the Sydney Triangular Series and the Dubai Emirates Cup. The best JRS T20 Cup players will represent Lahore Qalandars in the third edition of Pakistan Super League (PSL).

Infinix has captured the new market of Smartphone and many of its models of different mobile phones are selling like hot cakes. As for now, ... Read More

TCL, one of the world’s top three TV brands, has launched a special edition Zalmi TV to coincide with their sponsorship of Peshawar Zalmi for ... Read More