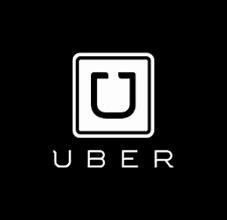 Lahore – 14 May, 2018: Uber, the global smartphone app that seamlessly connects riders to drivers, following success of uberMOTO in Lahore, Karachi, Islamabad, Rawalpindi, Faisalabad and Peshawar, has now launched its affordable bike-hailing service for residents of Multan.

The uberMOTO is a safe, reliable and convenient transport service for the people of Multan, available at a push of a button through the Uber app. The ride-hailing company launched its services from Lahore in 2016 and since then has been expanding its services portfolio across Pakistan. Multan is Pakistan’s 7th most populous city with an estimated population of 1.9 million.

uberMOTO is ideal for lone riders looking to avoid congestion on the roads and have a hassle-free ride. This service has become popular across the country due to its affordable fares and safety, while assisting authorities solve the transportation and congestion problems in the cities it operates in.

Speaking about the launch, Aemad Mehdi, Head of Operations – Uber, said: “We at Uber are encouraged by the immense potential for bike-sharing amongst cities, where bikes are commonplace. UberMOTO’s inherent advantages, both in terms of improving access and affordability, as well as ensuring last mile connectivity, will resonate with the people in cities, while creating tens of thousands of flexible entrepreneurship opportunities.”

As with all its services, Uber’s arrival in Multan, Hyderabad and Gujranwala will create new economic opportunities for motorbike owners. The number of cities in Pakistan, where uberMOTO operates has now reached nine, with more to be added in the near future. Uber continues to showcase its reinforced commitment to Pakistan, developing range of services to meet riders’, drivers’ and cities’ needs and standards.