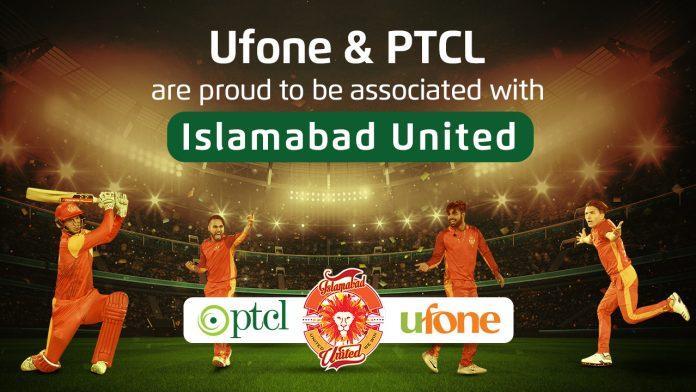 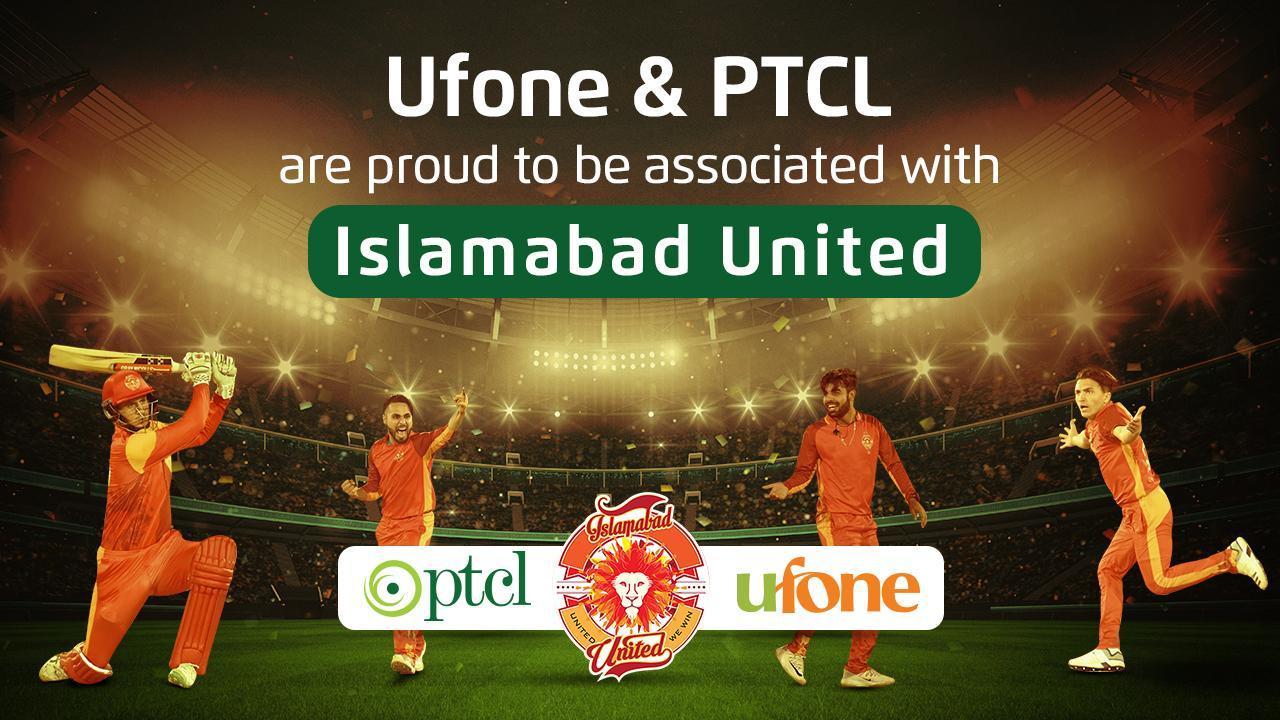 Ufone and PTCL have emerged as the leading telecom service providers in Pakistan, with both brands serving millions of people across the country, and including provision of services to some of the remotest regions of Pakistan. Their focus has been to connect people from different parts of the country to empower everyone.

Islamabad United is the most successful team of the Pakistan Super League (PSL) and were the winner of the first and third seasons of the PSL. The franchise believes in bringing change to Pakistani sports with the introduction of international standards of practice and a commitment to continuous progress.

Speaking on this occasion Group Chief Marketing Office, PTCL Group, Adnan Anjum said, “Cricket is the heartbeat of the nation and being a people-centric company, it was natural for us to support the passion of cricket. Islamabad United, a franchise who represent the spirit of united Pakistan is an ideal partner for us to express that support. With the rise of their young Pakistani core, we are confident that Islamabad United’s success will be long lasting, as will this partnership.”

Reiterating the significance of the partnership, Ali Naqvi said, “We are pleased to partner with one of the leading telecommunication companies in Pakistan. Ufone is a brand known throughout Pakistan. Promoting Islamabad United and cricket is an effort to unite the nation and spread joy among the masses. We are thus delighted that Ufone, which connects the nation, will now be an official partner of Islamabad United.”

Ufone and PTCL have partnered with Islamabad United in the past as well. The recurring partnership between both the brands is a reflection of the Group’s belief in Islamabad United’s ideology which is centered on unity. Islamabad’s slogan “United We Win” compels cricket enthusiasts to come together and this has also been the motto of Ufone and PTCL. Both companies are diligently working towards connecting people together.

PTCL’s collaboration with Islamabad United started in PSL 2017 and was celebrated by the release of one of the most popular anthems of the cricket league. The anthem known as “Kitna Rola Daalega”, was sung by Abdullah Qureshi and proved to be a fan favorite.