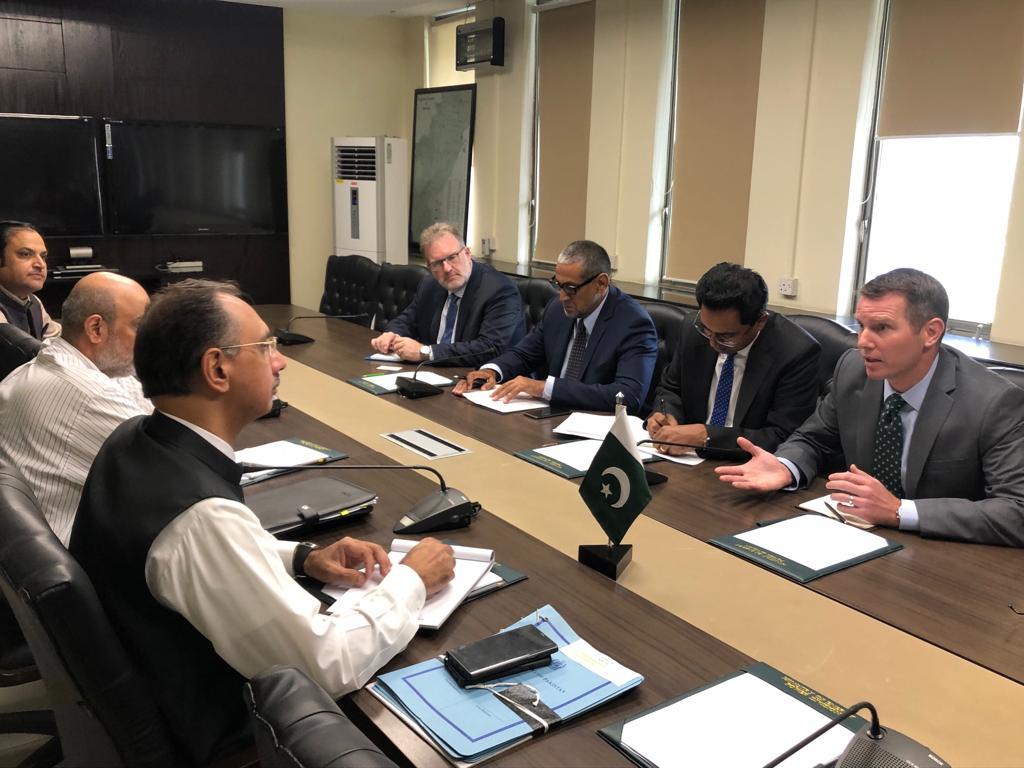 USAID TO UNDERTAKE PROJECTS IN PESCO FOR DISTRIBUTION NETWORK MODERNIZATION

Power Division and USAID have agreed to undertake one or two projects in Peshawar Electricity Supply Company (PESCO) for modernizing the Distribution network after detailed deliberation for identification of the areas and funds availability. 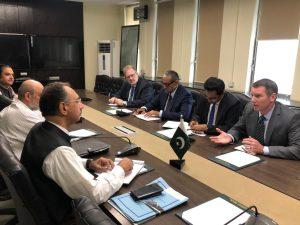 The decision was taken today in a meeting of the USAID Energy Division with Power Division. The meeting was chaired by Federal Minister for Power and Petroleum Mr. Omar Ayub Khan.

It was decided in the meeting that the USAID team and Power Divisions concerned officials will firm up their studies and availability of funds and another meeting to finalize the projects will be held in the first week of October 2019. 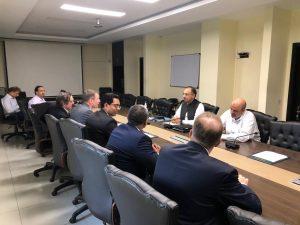 Federal Minister for Power during the meeting informed the participants that Power Division has declared year 2019-20 as year of Distribution for the Power Sector. He informed that by next year summer the Power Division target is to further expand the current capacity of transmitting and distributing electricity. He said that present 80% load management free feeders number will also be increased as a comprehensive anti-theft campaign alongwith measures like installation ABC cables and HT to LT ratio rationalization are already in implementation.

He said that USAID’s assistance in installation of Smart Meters at 11 kV feeders are providing excellent data to the Power Sector. There is a need to further expand the network to distribution transformer level that will help in may ways including accurate energy accounting, targeting specific high loss areas instead of entire feeder, saving and controlling the overloading of distribution transformer, reduction in line losses and theft.

The USAID’s team informed the meeting that the Agency has already conducted feasibilities and has developed energy landscape. It was appreciated that AMR meters in PESCO at Distribution level and implementation of ERP in Peshawar Circle are both USAID’s top priority. The work on ERP is 95% complete and ready for execution in PESCO.

The Federal Minister directed PEPCO team to sit with PESCO officials for early implementation of ERP. He said that ERP will also enable the DISCOs to place their procurements and material management online making it more transparent.

Bata Pakistan commemorated the 100th anniversary of the Czech Republic at an exhibition. The T. & A. Baťa Shoe Company was founded in 1894 in the ... Read More

Super 8 stage of one of the biggest sporting events of the province, Ufone Balochistan Football Cup is undertaking in 8 cities. Panjgur FC from ... Read More

The newly launched gaming beast from TECNO, the Spark 7 Pro is now available in offline markets at a remarkable price of PKR 21,999. The ... Read More