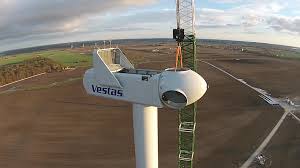 World Wind Turbine leading manufacturer Denmark Based Company Vestas has expressed deep interest in establishing Wind Turbine factory in Pakistan and has in this regard started ground work for exploring the feasibilities. 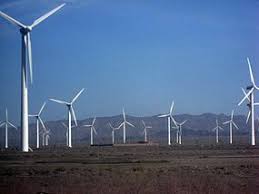 The meeting was informed the keeping in view the targets set by new Renewable Energy Policy for enhancing the share of Renewable Resources from 4% to 30% and ensuring transparency by introducing competitive bidding regime, the company has decided to work on exploring further the establishment of manufacturing facilities with transfer of technology.

The Federal Minister explained to the delegation various broad parameters of the new Renewable Energy Policy. He said that by year 2030, the country will be having around 20000MW from renewable resources. He said that not only the local consumption of renewable energy related machinery like wind turbines etc will be a profitable investment for global companies but Pakistan can also serve as base for exporting the same to countries like Central Asia and African countries where there is a huge untapped potential of renewable resources.

Mr. Omar Ayub Khan apprised the delegation that Pakistan has offered special incentives for establishment of renewable energy equipment manufacturing units. He said that special economic zones also provides a complete investor friendly packages which can also be explored by the company.

The Federal  Minister appreciated Mr. Rolf Holmboe for his keen interest in boosting the clean and green energy in Pakistan.