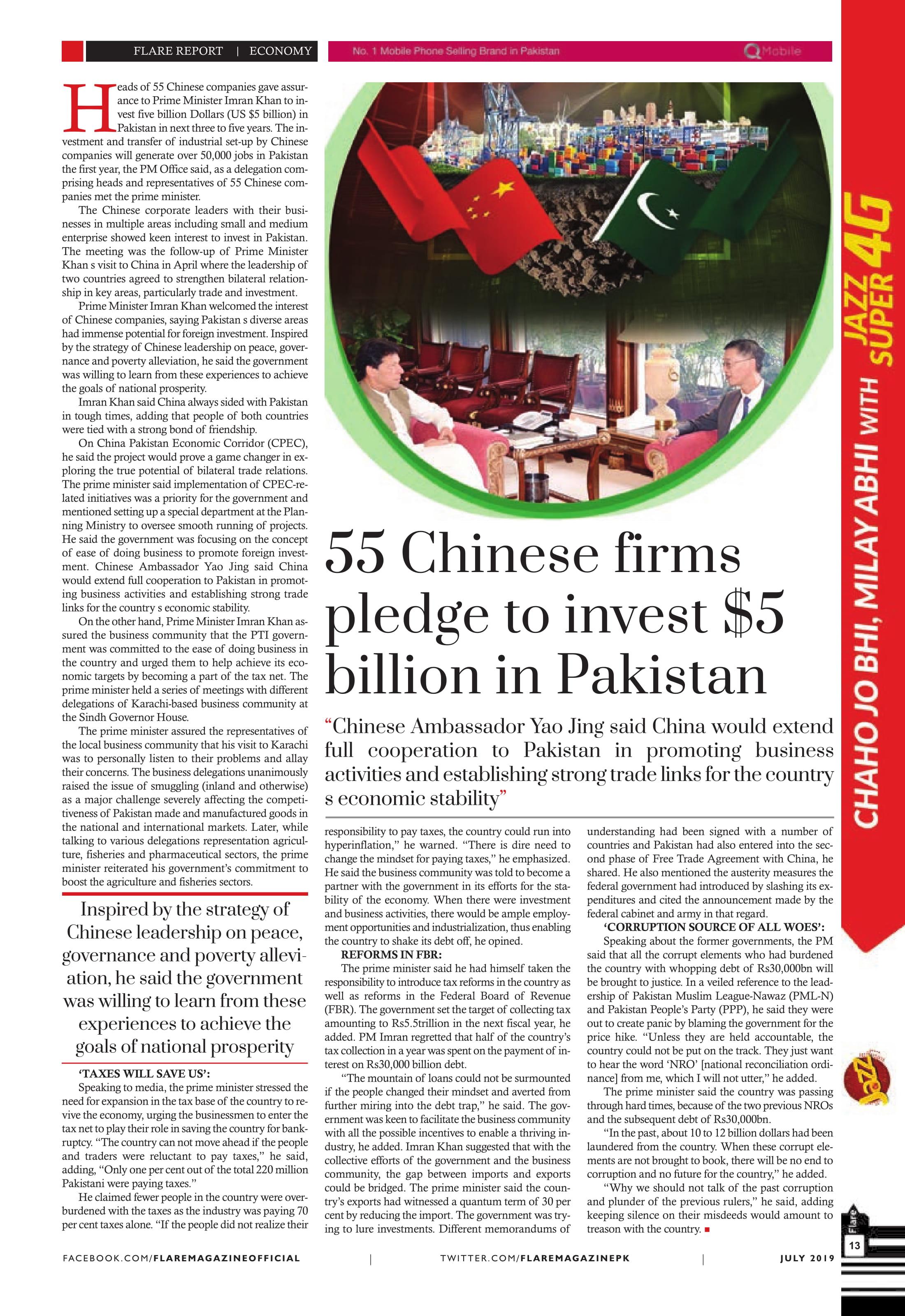 Inspired by the strategy of Chinese leadership on peace, governance and poverty alleviation, he said the government was willing to learn from these experiences to achieve the goals of national prosperity

The Chinese corporate leaders with their businesses in multiple areas including small and medium enterprise showed keen interest to invest in Pakistan. The meeting was the follow-up of Prime Minister Khan s visit to China in April where the leadership of two countries agreed to strengthen bilateral relationship in key areas, particularly trade and investment.

Prime Minister Imran Khan welcomed the interest of Chinese companies, saying Pakistan s diverse areas had immense potential for foreign investment. Inspired by the strategy of Chinese leadership on peace, governance and poverty alleviation, he said the government was willing to learn from these experiences to achieve the goals of national prosperity.

Imran Khan said China always sided with Pakistan in tough times, adding that people of both countries were tied with a strong bond of friendship.

On China Pakistan Economic Corridor (CPEC), he said the project would prove a game changer in exploring the true potential of bilateral trade relations. The prime minister said implementation of CPEC-related initiatives was a priority for the government and mentioned setting up a special department at the Planning Ministry to oversee smooth running of projects. He said the government was focusing on the concept of ease of doing business to promote foreign investment. Chinese Ambassador Yao Jing said China would extend full cooperation to Pakistan in promoting business activities and establishing strong trade links for the country s economic stability.

On the other hand, Prime Minister Imran Khan assured the business community that the PTI government was committed to the ease of doing business in the country and urged them to help achieve its economic targets by becoming a part of the tax net. The prime minister held a series of meetings with different delegations of Karachi-based business community at the Sindh Governor House.

The prime minister assured the representatives of the local business community that his visit to Karachi was to personally listen to their problems and allay their concerns. The business delegations unanimously raised the issue of smuggling (inland and otherwise) as a major challenge severely affecting the competitiveness of Pakistan made and manufactured goods in the national and international markets. Later, while talking to various delegations representation agriculture, fisheries and pharmaceutical sectors, the prime minister reiterated his government’s commitment to boost the agriculture and fisheries sectors.

‘TAXES WILL SAVE US’:

Speaking to media, the prime minister stressed the need for expansion in the tax base of the country to revive the economy, urging the businessmen to enter the tax net to play their role in saving the country for bankruptcy. “The country can not move ahead if the people and traders were reluctant to pay taxes,” he said, adding, “Only one per cent out of the total 220 million Pakistani were paying taxes.”

He claimed fewer people in the country were overburdened with the taxes as the industry was paying 70 per cent taxes alone. “If the people did not realize their responsibility to pay taxes, the country could run into hyperinflation,” he warned. “There is dire need to change the mindset for paying taxes,” he emphasized. He said the business community was told to become a partner with the government in its efforts for the stability of the economy. When there were investment and business activities, there would be ample employment opportunities and industrialization, thus enabling the country to shake its debt off, he opined.

The prime minister said he had himself taken the responsibility to introduce tax reforms in the country as well as reforms in the Federal Board of Revenue (FBR). The government set the target of collecting tax amounting to Rs5.5trillion in the next fiscal year, he added. PM Imran regretted that half of the country’s tax collection in a year was spent on the payment of interest on Rs30,000 billion debt.

“The mountain of loans could not be surmounted if the people changed their mindset and averted from further miring into the debt trap,” he said. The government was keen to facilitate the business community with all the possible incentives to enable a thriving industry, he added. Imran Khan suggested that with the collective efforts of the government and the business community, the gap between imports and exports could be bridged. The prime minister said the country’s exports had witnessed a quantum term of 30 per cent by reducing the import. The government was trying to lure investments. Different memorandums of understanding had been signed with a number of countries and Pakistan had also entered into the second phase of Free Trade Agreement with China, he shared. He also mentioned the austerity measures the federal government had introduced by slashing its expenditures and cited the announcement made by the federal cabinet and army in that regard.

‘CORRUPTION SOURCE OF ALL WOES’:

Speaking about the former governments, the PM said that all the corrupt elements who had burdened the country with whopping debt of Rs30,000bn will be brought to justice. In a veiled reference to the leadership of Pakistan Muslim League-Nawaz (PML-N) and Pakistan People’s Party (PPP), he said they were out to create panic by blaming the government for the price hike. “Unless they are held accountable, the country could not be put on the track. They just want to hear the word ‘NRO’ [national reconciliation ordinance] from me, which I will not utter,” he added.

The prime minister said the country was passing through hard times, because of the two previous NROs and the subsequent debt of Rs30,000bn.

“In the past, about 10 to 12 billion dollars had been laundered from the country. When these corrupt elements are not brought to book, there will be no end to corruption and no future for the country,” he added.

“Why we should not talk of the past corruption and plunder of the previous rulers,” he said, adding keeping silence on their misdeeds would amount to treason with the country. 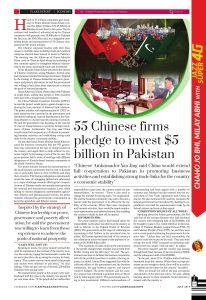