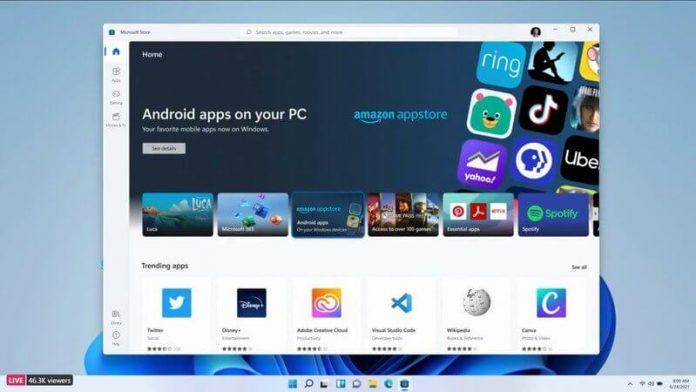 When Windows 11 launches, HTML0 Windows 11, users will be able to use Android apps on a desktop computer. 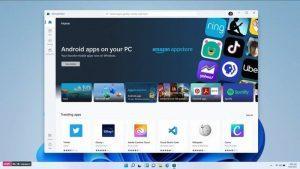 However, Microsoft will begin rolling out its Windows 11 operating system Oct 5and support for Android apps won’t be accessible to users until the time of launch.

If you download an Android application via the Microsoft Store and then you’ll be taken to Amazon’s App Store to finish the download.

Amazon App-store Amazon App-store has recently been discovered online as an app for Windows 11. The testing for the public of Android apps for the latest operating system is scheduled to begin shortly after the launch.

“We will bring Android applications into Windows for the first time. In the coming months, the users can search for Android apps on Microsoft Store. Microsoft Store and download them via Amazon App-store. Amazon App-store – imagine recording and uploading a video using TikTok as well as making use of Khan Academy Kids to do online learning directly from your computer. We’ll share more about this in the months to come. We are looking to the future with this partnership between Amazon and Intel by using Intel’s Intel Bridge technology.” Microsoft said without providing any further details.

DR. KHALID MAQBOOL SIDDIQUI, MINISTER FOR IT& TELECOM KICKS OFF “PLANT FOR PAKISTAN” CAMPAIGN AT NTC

Huawei reduces Price For All Its Hot Sellers

Huawei reduces Price For All Its Hot Sellers Lahore 24th January, 2017: Huawei has once again changed the game by reducing its prices – Because...
Read more