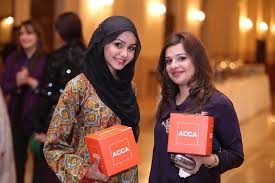 Lahore: September 8, 2017:-It is said that Karachi is home to the country’s top multinational companies.It has some of the top universities in engineering, medicine and business management.It also has a vibrant financial services sector as well as South Asia’s top performing stock exchange not to mention it contributes thelion’s share of taxation to the national exchequer.Given these marvelous credentials why are Karachites (civil society and corporate) witnessing some of the country’s worst performance in solid waste management, appallingtraffic on  roads, income inequalities of Dickensian standards and “water water everywhere and not a drop to drink” is an apt metaphor describing the water issues that plague this city. Most if not all of these are prevalent across Pakistan as well.  All of these mindboggling challenges are captured in the 17 UN SDGs (Sustainability Development Goals) which articulated in very easy language capture economic, social, and environmental and governance outcomes. Historically the UN goals have been in the domain of the government and this was the perception for the earlier MDGs set in 2000 and which came to a very poor ending in 2015 when Pakistan failed to meet any of its adopted MDGs. On February 19, 2016, the National Assembly adopted the UN SDGs as part of Pakistan’s development agenda. However, the current set of SDGs “have” to be adopted and delivered by the public and private sectors, and the latter cannot abdicate its responsibility through  the sole pursuit of maximizing profits and shareholder wealth via short termism. This means more investor attention has to be dedicated to a long term analysis of the enterprises value adding ability to the economy and society. To put it bluntly more resources have to be diverted to achieving the SDGs for the good of society. To quote Mark Wilson CEO of Aviva UK’s largest general insurer and Canada’s second largest with revenues of GBP55 billion “It is enlightened self-interest that determines why business will act sustainably.  If business isn’t sustainable then society is at risk.  And if society isn’t sustainable then business is at risk.”

At a Roundtable held on 6 September ACCA, CERB and UNCTAD invited a group of 30 business leaders to the offices of The Pakistan Business Council(PBC) in Karachito listen to Jimmy Greer, ACCA’s Head of Sustainability deliver a presentation on corporate adoption of SDGs, formulating a framework for corporate reporting of SDGsand spending time exploring the challenges  and steps that can be taken for businesses to acquire knowledge, possibly embed the SDGs in business strategic planning, attempt to rank companies according to their achievement of SDGs and weening shareowners off the pursuit of short term results that report profits only.

The main ideas and messages that were voiced at the Roundtable reinforced the fact that considerable work has to be done to (i) educate shareholders especially institutional shareholders; a group that has been instrumental in other countries through shareholder activism to bring about meaningful change (ii) get government to put in incentives rather than legislation to persuade the private sector to adopt the SDGs; PBC advocated some fiscal incentives in this context when recommending its proposals for the 2017 Budget  (iii) influence SECP to dedicate resource to capacity building on SDG adoption and reporting (iv) set and agree shared targets at the country, provincial, city, industrial sector and corporate levels (v) make governance changes; internally some were in favour of these and some were not (vi) agree both quantitative and qualitative metrics  internally and communicated internally and externally when the time is right but that this should start.

Jimmy Greer, Head of Sustainability at ACCA, noted that ‘business and finance leaders drive to identify and engage with the barriers to mainstreaming the SDGs in Pakistan demonstrates their recognition of the 2030 Agenda’s potential for true economic transformation.

From better management of risk and the ability to access new capital flows, to taking advantage of new business models, the private sector in Pakistan can use the SDGs as a framework for enduring prosperity creation.’

Fuad Hashmi, Executive Director of the Centre of Excellence for Responsible Business (CERB) said that “CERB had identified 7 UN SDGs that they considered necessary for adoption by most Pakistan businesses. CERB had conducted a baseline survey in April 2017 on Gender Diversity in the Business Sector in Pakistan which illustrated how far organisations were off track on SDG 5 Gender Equality. CERB recommended actions in this area including measuring the pay gap, developing pipeline, equity in promotions and working on better retention especially post marriage.” Additionally he stated that the PBC Board had approved for general adoption among its members the World Economic Forum’s Compact for Responsive and Responsible Leadership and was of the view that such adoption by the Pakistan Stock Exchange for its listed companies would go a long way towards the private sector’s contribution in achievement of the SDGs.

“ACCA’s report on developing a reporting framework on SDGs will be released in November 2017 this will provide both ACCA and CERB with further opportunity to go back to stakeholders with interventions that help to deliver some of the gaps identified above. More partners will be needed to resource such efforts and take ownership of creating an enabling environment for SDGs adoption,” said Arif Masud Mirza ACCA’s Regional Head of Policy.

According to Cristina Martinez de Silva, Senior Programme Manager – Corporate Governance at UNCTAD, ‘while SDG’s target 12.6 encourages companies to integrate sustainability information into their reporting cycle, core reporting indicators are fundamental to establishing criteria for what constitutes a sustainability report both in developed and developing economies. This meeting therefore provides valuable insight for this work in progress