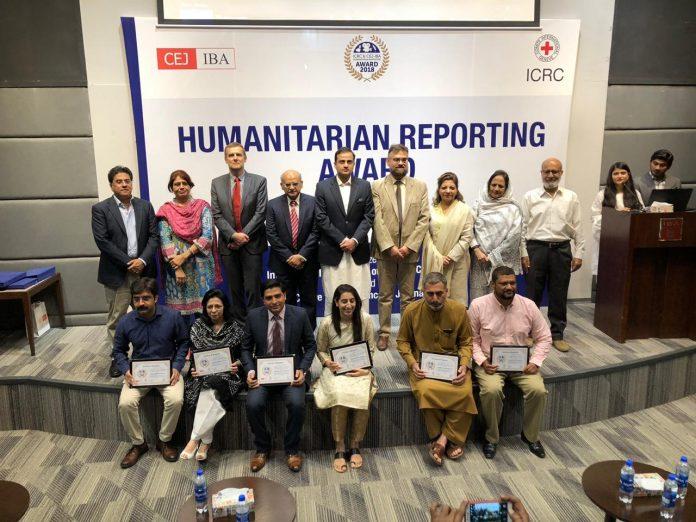 Awards were conferred on six top journalists for their outstanding contributions in humanitarian reporting at the 2nd Humanitarian Reporting Awards 2018 jointly organized by the Centre for Excellence in Journalism at the Institute of Business Administration (CEJ-IBA), Karachi and the International Committee of the Red Cross. 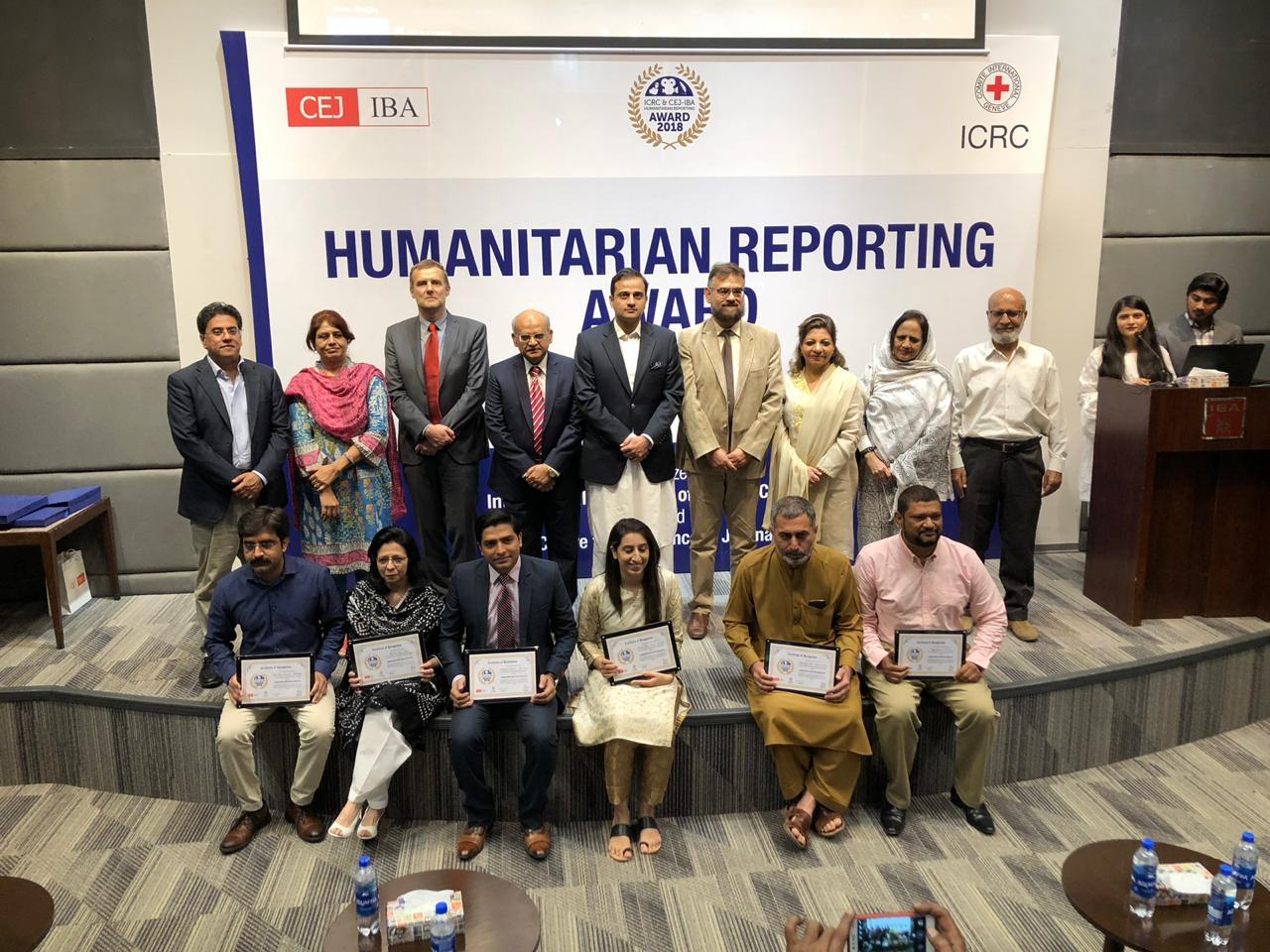 The winners and runners-up in the three categories are as follows:

Speaking at the event, Kamal Siddiqi, Director CEJ, shared details of how the institution joined hands with the ICRC to launch Humanitarian Reporting Workshops and Awards. “We see this collaboration going a long way since we aim to continue inspiring our media to report on humanitarian issues in a way that is objective and keeps the interests of the affected at heart,” he said. Mr. Siddiqi further informed that CEJ’s partnership with ICRC had helped both institutions identify weaknesses in the current humanitarian reporting practices and explore innovative ways to fill the gaps.

Reto Stocker, Head of Delegation at ICRC Pakistan, lauded the work CEJ-IBA was doing to promote effective journalism in Pakistan in general, and the institution’s central role in the humanitarian reporting workshops in particular. “We are pleased to have partnered with CEJ for the second consecutive year for the Humanitarian Reporting Workshop and Awards. Reporting on humanitarian issues is a very sensitive matter as it has interests of the affected at stake. Through these workshops and awards, we have aimed for learning from and teaching the local media the best practices when it comes to highlighting humanitarian issues,” he said.

This year, 200 submissions were received for the Humanitarian Reporting Awards 2018 from across Pakistan and the winners were announce by a panel of veteran journalists namely Shahzad Sharjeel, columnist for Dawn English daily; GhazalaFasih, in-charge Women’s Edition and Writer at Nawa-i-Waqt Group; Iftikhar Firdous, Editor Investigations for Samaa TV and Digital.

The winners thanked the CEJ-IBA and the ICRC for recognizing of their work and lauded the institutions’ efforts to promote effective and professional journalism by means of such workshops and trainings.

Huawei Beats Apple to the punch

With the recently launched iPhone 6S smart phone, it was surely quite known that Apple would deliver the Force Touch as the premium feature...
Read more
Technology