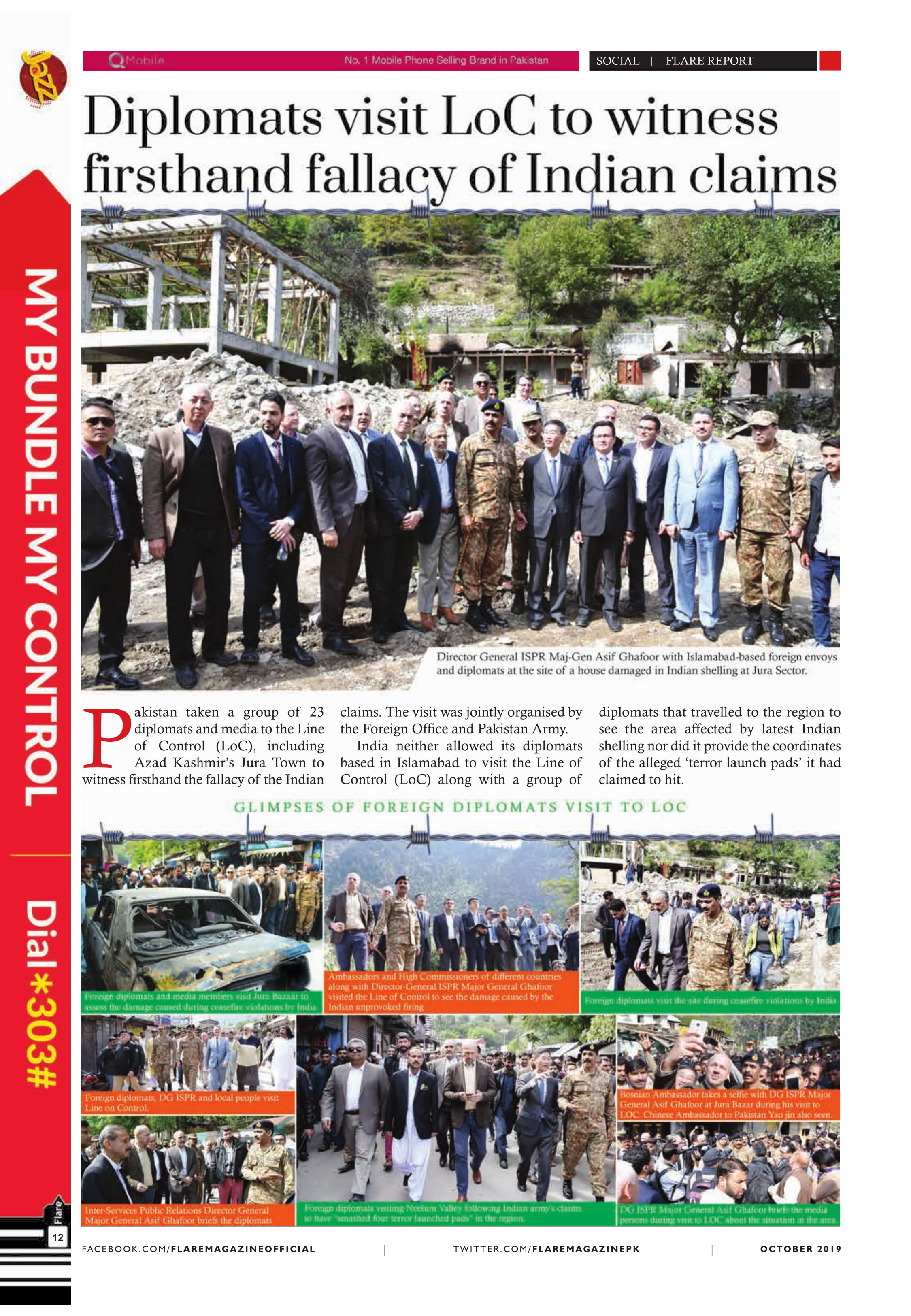 Pakistan taken a group of 23 diplomats and media to the Line of Control (LoC), including Azad Kashmir’s Jura Town to witness firsthand the fallacy of the Indian claims. The visit was jointly organised by the Foreign Office and Pakistan Army. 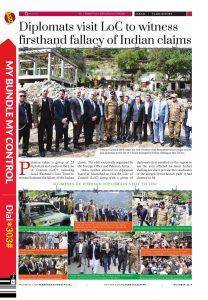 India neither allowed its diplomats based in Islamabad to visit the Line of Control (LoC) along with a group of diplomats that travelled to the region to see the area affected by latest Indian shelling nor did it provide the coordinates of the alleged ‘terror launch pads’ it had claimed to hit.