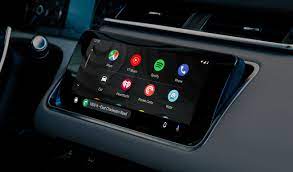 Android Auto users are finding it difficult to use these days. Connectivity problems, app glitches and features not working as expected can all happen suddenly without your intervention.

The good news? Google, a Mountain View-based search company, is committed to improving Android Auto’s stability and reliability over the long term. This means that the company often responds quickly to user complaints.
While this doesn’t mean that fixes will be shipped immediately, it is encouraging to know that Google is at the very least investigating any broken behavior reported by users.

This is exactly what is happening now, with two major problems occurring after the latest Android Auto updates.

More specifically, a member of the Android Auto team has confirmed that two glitches reported by users have been forwarded for further investigation, so with a little luck, the upcoming app updates could include fixes as well.

The first problem currently being dissected by the Android Auto team concerns a connectivity issue that showed up after the August update. Android Auto stopped working after several users reported that their phones were not being detected when they plug their phones into the car.

This could be a sign of a bad cable or another obstruction to the connection. However, Google is investigating the issue and will provide further information.

Google’s investigation of these issues is not a guarantee that a solution is on the horizon, so don’t expect to see patches anytime soon.

WhatsApp Tips and tricks: How to send multiple messages to many people without creating an account

WhatsApp Tips and trick: WhatsApp Broadcast list allows you to send messages simultaneously to multiple people. These are saved WhatsApp messages recipients lists that you can ... Read More