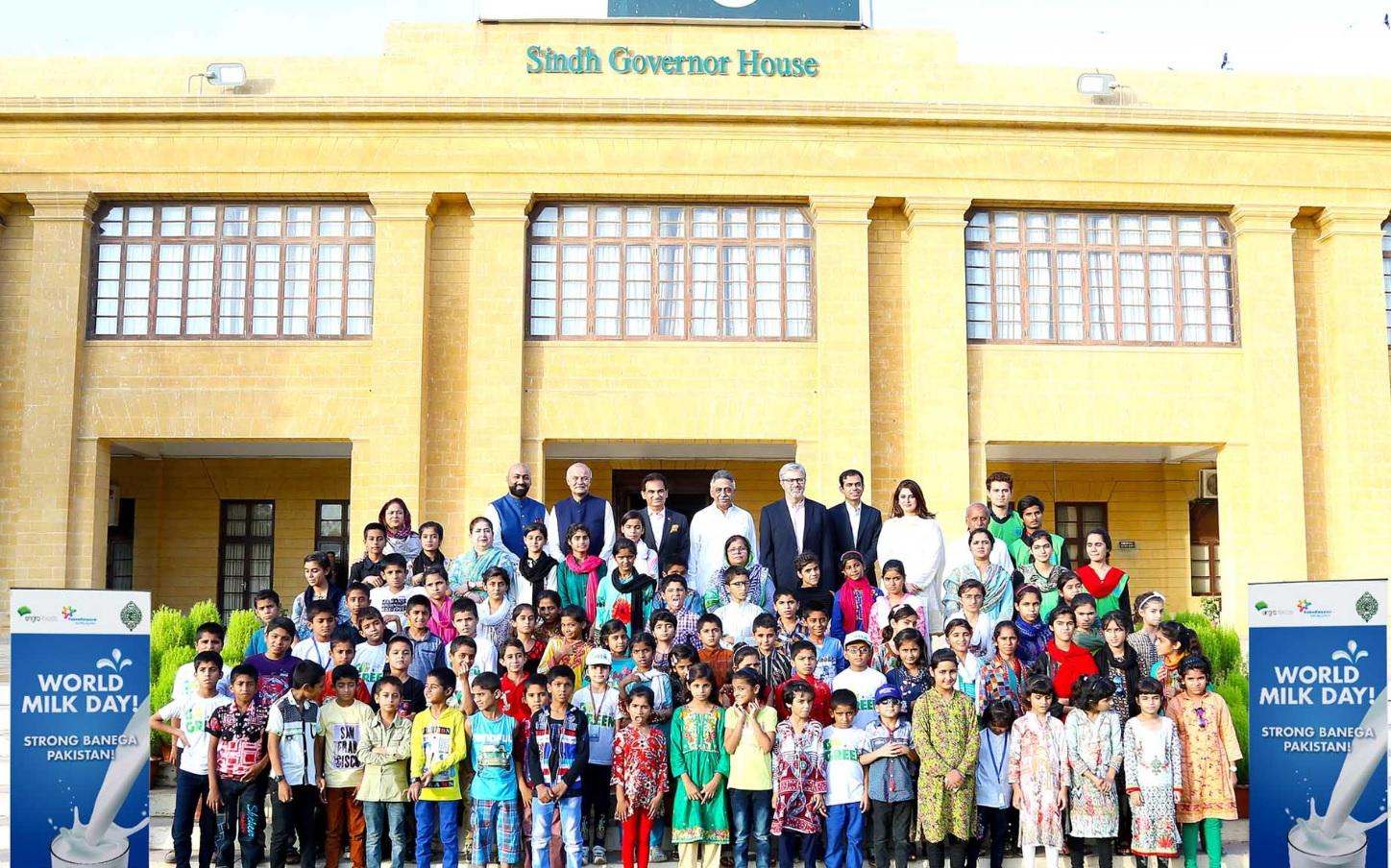 Karachi June 4, 2018: Governor Sindh Mr. Mohammad Zubair has said that every Pakistani child has a right to healthy nutrition, and Public and Private sector need to play their roles in countering the challenge of malnutrition amongst children. 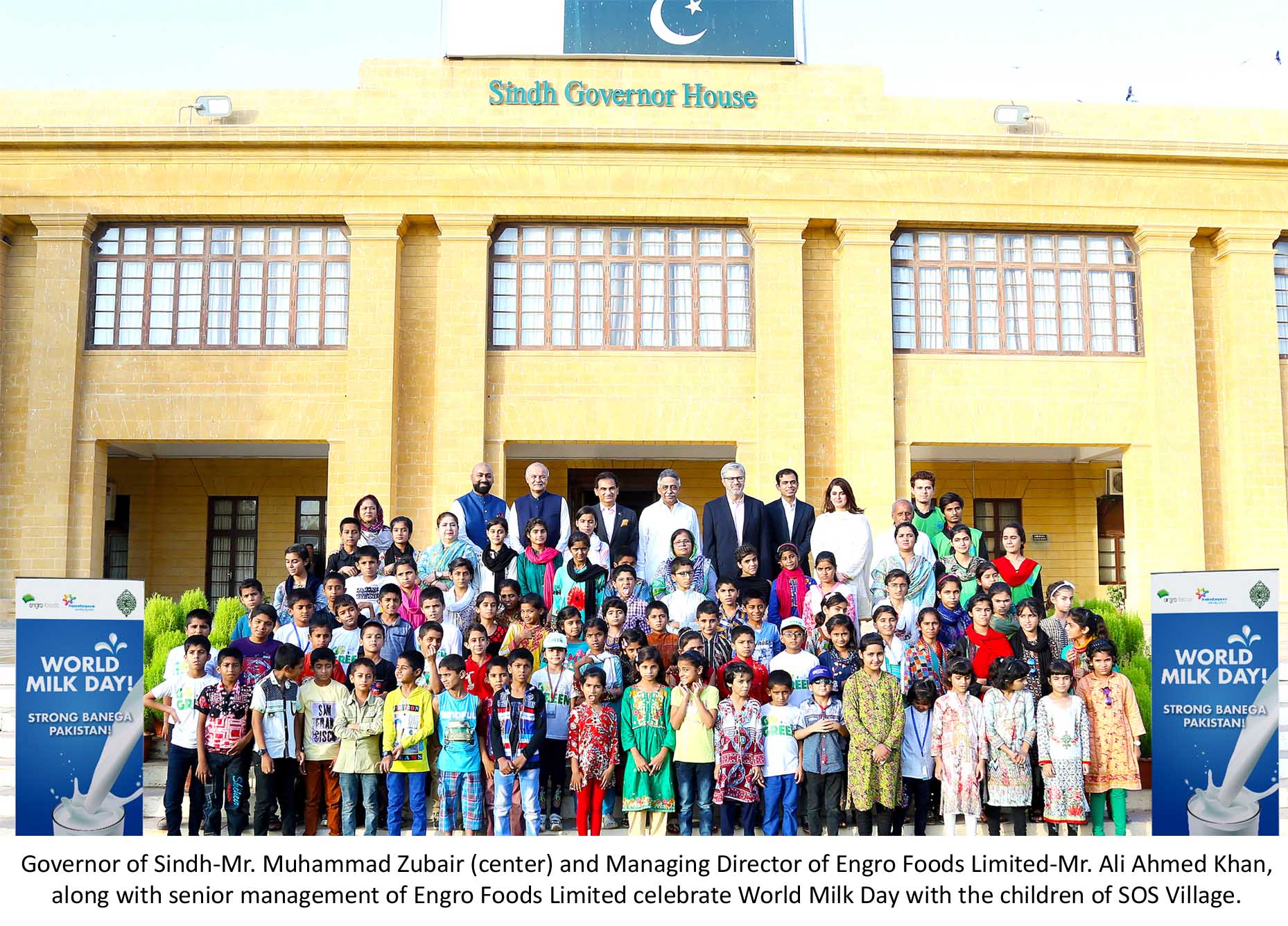 This he said while speaking at the launch of a sustainability campaign “Strong Banega Pakistan” on World Milk Day  by Engro Foods Limited (EFL) at Governor House.

This is the first step where Governor Sindh and EFL has come together to highlight the imperative need of efforts from Public and Private sector to eliminate the causes of malnutrition which is resulting in stunted/impaired growth in the children.

Governor Sindh said that we must appreciate and support this initiate, in every way we can. Children are our future and fulfillment of their nutritional needs was of immense importance, he added.

He said that a strong awareness campaign is also required to highlight the issue further. Parents must be apprised of the importance of ensuring drinking of milk by their children, he added.

Governor Sindh said that it was very unfortunate that in spite of being the 3rd largest milk producing country, Pakistan still remains the second most malnourished Country in Asia.  Pakistan is the world’s fifth-most-populous country in the world, the children of Pakistan make 42% of its population, who need our help and support, he observed.

Mr. Ali Ahmed Khan, Managing Director of Engro Foods Limited said that EFL is committed to provide safe and healthy products to the consumers. The low-consumption of safe and healthy milk among children has resulted in leaving half of Pakistani children malnourished and stunted their growth. He said our campaign is an effort to build awareness about the gravity of malnutrition and being the market leader in Pakistan’s dairy industry, Engro Foods has assumed the responsibility to build this awareness. We believe when the children of our nation are healthy, the future of our nation will be strong”.

It is pertinent to mention here that the unprocessed open milk available in the market has high aflatoxin levels, which makes it hazardous for consumption and can lead to liver failure and cancer. The unawareness in consumers has exposed them to these health issues hence the problems of stunted growth and malnutrition among Children continues to grow.

TCL launched the C8 Android TV Series which. Coming in 55” and 65” variants, the TV boasted a design, features, and performance, Complete review  of C8 ... Read More

Traffic Moving On Wet Roads After Drizzle In The Port City