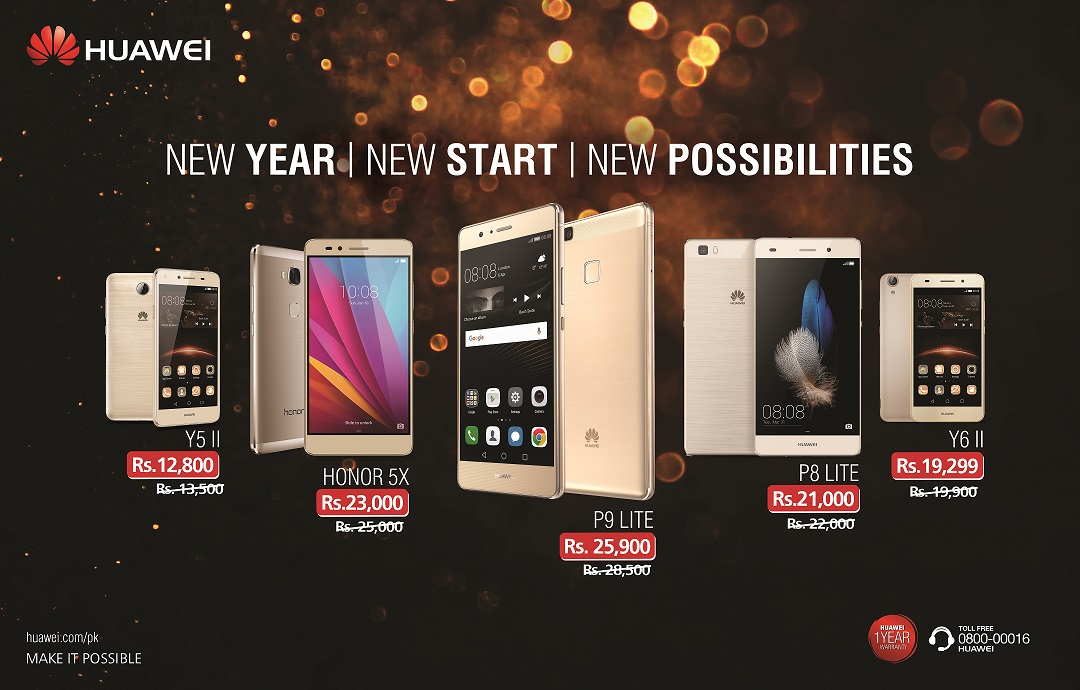 Huawei Sweeps the Market With Its Staggering New Prices

Huawei Sweeps the Market With Its Staggering New Prices

Lahore 10th January, 2017: Huawei has swept the market with its startling new prices for the new year– Huawei recently unveiled the new price updates of a few of its hot selling devices for 2017, which has the tech-lovers going crazy! To the consumer’s great delight, as a New Year treat, Huawei has decreased the prices for some of its best selling smartphones in the market. A few incredible models of Huawei: P8 Lite, P9 Lite, Honor 5X, Y5 II 3G, and the Y6 II LTE have undergone a major change in their prices, with the primary intention of benefiting and treating the loyal consumers. The P8 Lite now stands at Rs. 21,000/-, which was Rs. 22,000/- earlier. The P9 Lite is now Rs. 25,900/-, significantly decreasing from Rs. 28,500/-. The Honor 5X has decreased to Rs. 23,000/- instead of Rs. 25,000/-. The Y5 II 3G is now at Rs.12,800/- instead of Rs. 13,500/-, whereas the Y6 II LTE is down to Rs. 19,299/- instead of Rs. 19,900/-.“Huawei firmly believes in staying up-to-date in this technological advanced world and therefore, we go out of the way to be the most avant-garde smart phone company. Huawei believes in treating its loyal customers who have helped us become one of the top smartphone brands in the world and therefore, as a token of appreciation for the new year we have decreased the prices of some of our highly sought after models”. – Marketing Manager, Huawei.As its New Year’s Resolution for 2017, Huawei manages to put forward yet another great deal for its customers. Go to buy a new year gift at the nearest store without hesitation or you will be left holding the sack.

Telenor Pakistan 345 Campushas been ranked as of one the most effective work environments providing outstanding experience for employees by Leesman, a global firm that ... Read More

What makes the Huawei Mate 10 Lite so amazing? [Review]

What makes the Huawei Mate 10 Lite so amazing? It is hard to deny that smartphones are moving towards the trend of 18:9 displays. While ... Read More