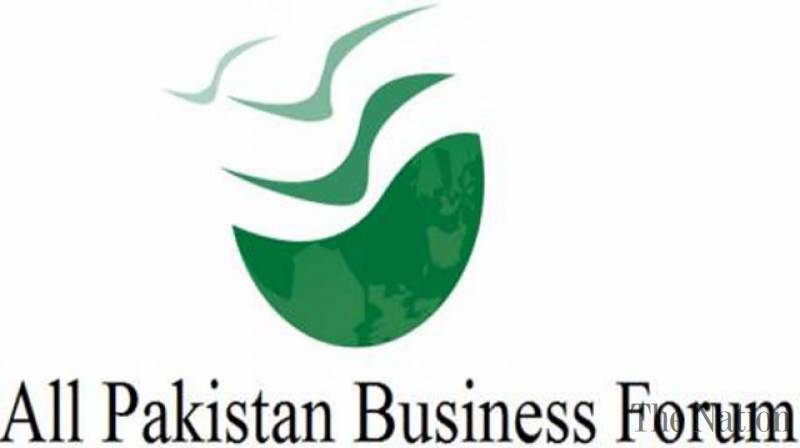 (LAHORE: December 14th, 2017) –The All Pakistan Business Forum has said that downward trend in remittances to Pakistan from overseas workers pose risks to external sector, urging the government to announce incentives for oversees Pakistanis to check a drop in foreign remittances. Quoting the latest data of the central bank, he said that overseas Pakistani workers remitted around $80.22 billion in the first five months (Jul-Nov) of ongoing financial year, compared with $79.19 billion of same period in the preceding year.

During November 2017, the inflow of workers’ remittances amounted to $15.76 billion, which is 4.7% lower than October 2017 and 2.6% lower than November 2016 which is not good for the country particularly at a time when the economy is solely depending on foreign remittances, he added.

APBF President Ibrahim Qureshi said that the incentives could also help boost investment in the country by the Pakistani expatriates, as the sharp decline in remittances can place a weak economy at risk, particularly for those highly dependent on remittances.

Data shows that central Asian countries saw decline in inflows for the third consecutive year, mainly due to weak economic recovery in the Russian Federation, the sub-region’s top migrant destination.

The remittances to South Asia dropped for the first time since the global financial crisis. India’s remittances contracted 8.9 percent ($6.2 billion), along with Bangladesh (11pc) and Nepal (6.7pc). Low global oil prices resulted in reduced remittances from the Middle East to these countries. Large proportions of workers from South Asia in the Middle East are employed in sectors such as construction and transport.

Ibrahim Qureshi said that the falling remittances are worrisome for the economic managers in the wake of rising current account deficit that has been widening for the long time.

Departures of overseas workers from Pakistan to major Gulf destinations such as Saudi Arabia and United Arab Emirates declined since last year, and remittances from these countries also began to decline in early 2017. The low global oil prices also affected remittances to countries, like India and Pakistan with a large number of workers in the Middle East.

FINCA Celebrates “Greener Pakistan” on the Eve of Independence Day

FINCA Microfinance Bank and its staff took an initiative on the eve of Independence Day to ‘Plant a Tree’ for the Greener Pakistan as part ... Read More

With time, most of the regions of Pakistan with the facilitation of China Pakistan Economic Corridor move toward from the rural life to the urban ... Read More