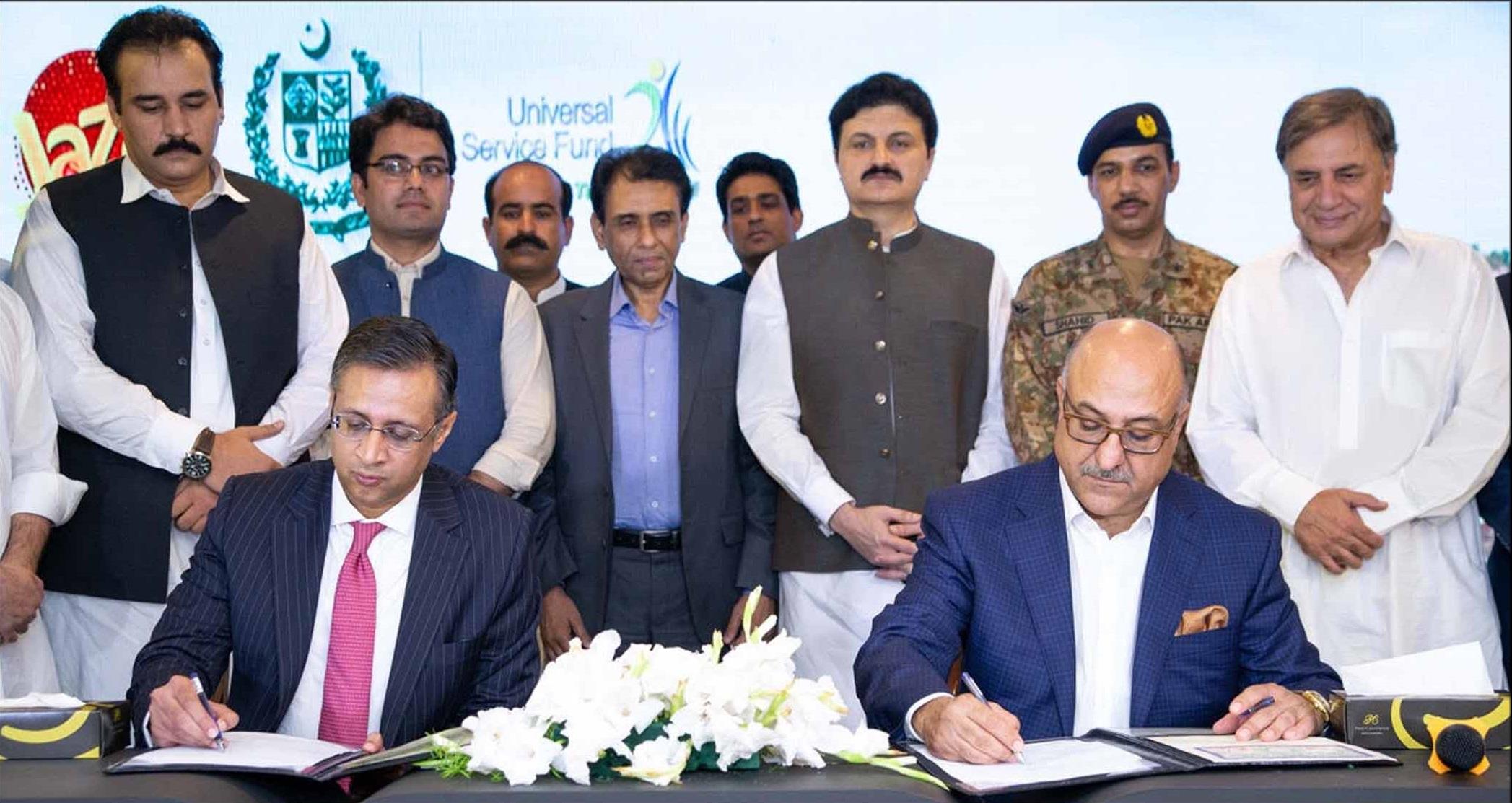 Jazz and USF to Bridge the Digital Divide in South Waziristan

Continuing its partnership with Jazz for developing cellular access in underserved regions, the Universal Service Fund (USF) has awarded a new contract worth PKR 90 Million to Pakistan’s leading digital communications company. This contract has been awarded under the Broadband for Sustainable Development Project in South Waziristan.  For this purpose, a signing ceremony took place between USF CEO Haaris Mahmood Chaudhary and Jazz Chief Corporate and Enterprise Officer Syed Ali Naseer. Dr. Khalid Maqbool Siddiqui, Federal Minister for IT &Telecom, was the Chief Guest at the occasion. 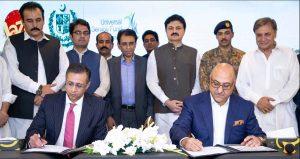 As part of the deal, Jazz will work towards providing cellular access to people of South Waziristan. The idea is to provide reliable and cheap cellular services across the country, particularly in the remote areas.

Speaking at the ceremony, Khalid Maqbool Siddiqui stated that USF had launched multiple projects for the socio-economic uplift of people living in the unserved and underserved areas of Pakistan. He added that in order to take this further, USF would now be paying special focus on empowering the people of South Waziristan through its projects. He highlighted that unfortunately the locals in South Waziristan had been victims of terrorism in the past and now deserved all the opportunities they were not able to avail earlier. He informed the audience that through this project services would be provided to a population of 0.64 Million people in 411 muzas. He also congratulated the teams of USF and Jazz for doing such an incredible job and for achieving this landmark.

Also speaking at the ceremony, CEO-USF informed that all these achievements made by USF had only been possible due to the constant efforts of the Government of Pakistan.  He added that Prime Minister of Pakistan Imran Khan, MoIT Dr. Khalid Maqbool Siddiqui and USF Board of Directors had been torchbearers of the vision for a “Digital Pakistan” and had enabled USF to transform the lives of people of the country. He further said that they had given USF tremendous cooperation, help and support, without which all this could not be achieved.

Talking about this initiative, Syed Ali Naseer said, “Our collaboration with USF is in line with our agenda of bridging the prevalent digital divide. This is why the project has special significance for us and in due time over 0.64 million residents of these areas will have access to the country’s fastest mobile services. Jazz is looking forward to assisting these people in unlocking their potential in an increasingly interconnected world.”

To complete this project, Jazz will help bridge the gap between the urban and rural divide by providing modern services to people of 411 unserved Mauzas at their door steps.

In February of this year, USF awarded a contract worth PKR 192 Million to Jazz for providing cellular services to people of North Waziristan District, Frontier Region Bannu and Frontier Region LakkiMarwat.

Jazz and LUMS come together for Digital Excellence

The lecture halls overflowed in Lahore and Karachi, as enthusiastic Pakistanis flocked to a lecture on ‘Learning How to Learn’. This lecture, based on the ... Read More