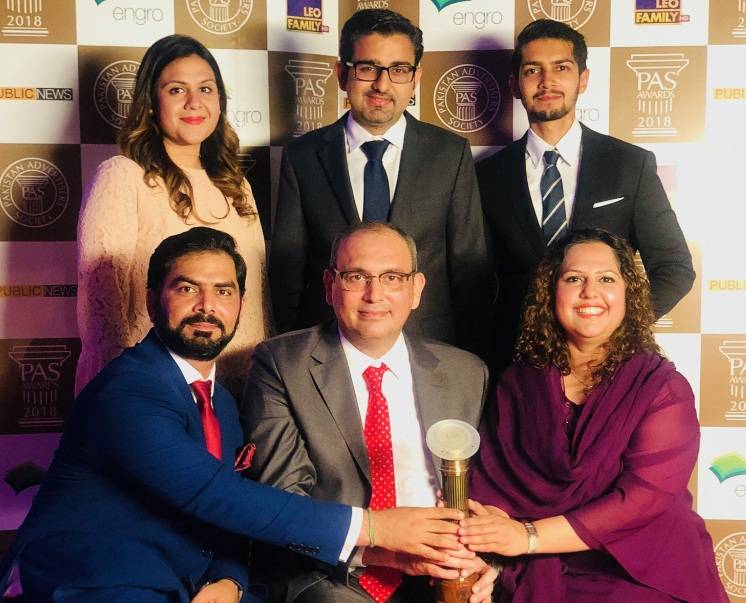 Islamabad, 17 April, 2018: Jazz’s initiative to showcase Pakistan’s cricketing talent has been recognized at the PAS Awards 2018 – an initiative of Pakistan Advertisers Society – under the ‘Best in BTL’ Category. The campaign ‘Jazz Rising Stars Season 2’ (JRS S2) won due to the mass level BTL activation and emotional connect with cricketing fans nationwide. 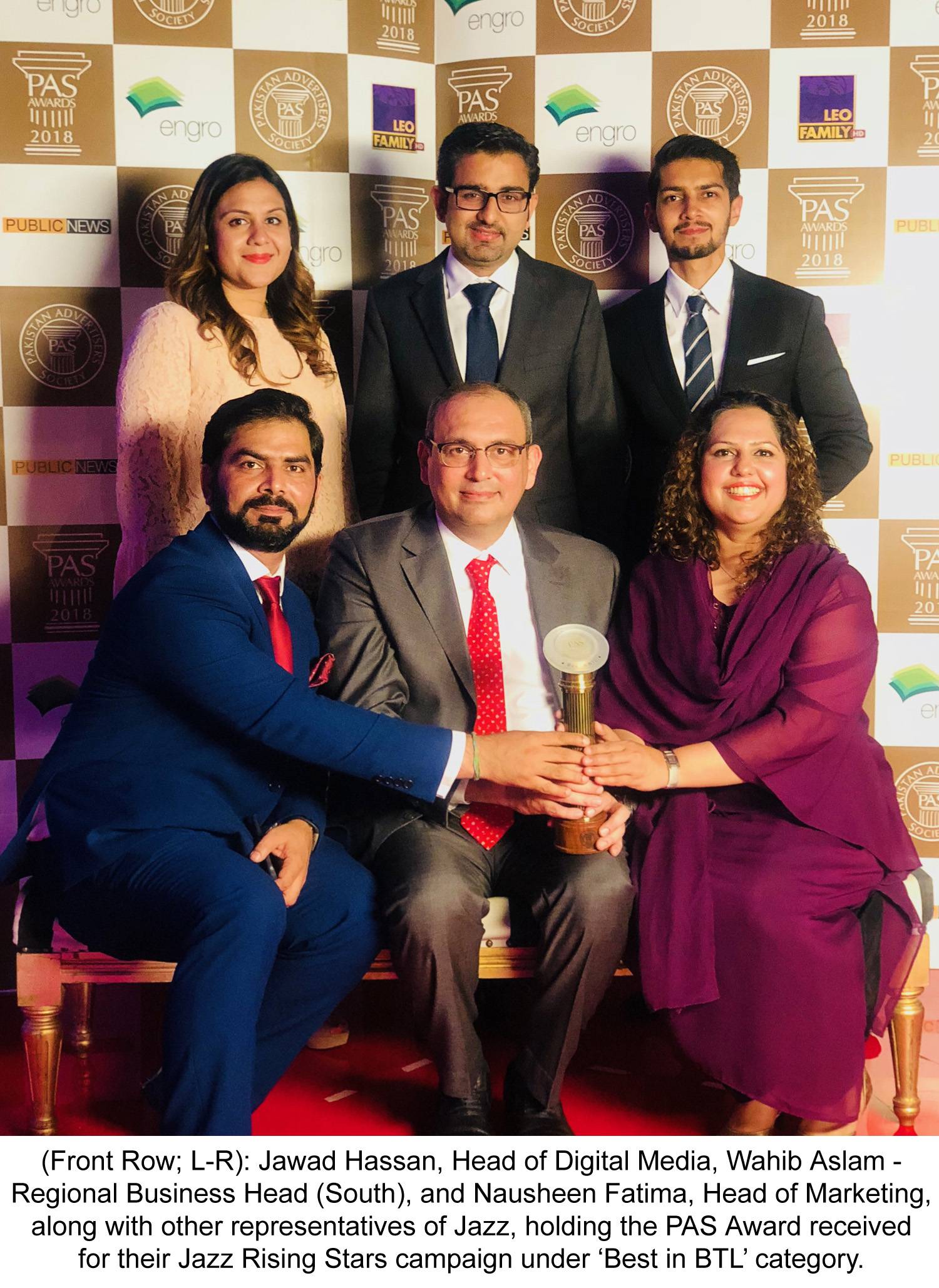 JRS S2 went underway last September with city wide trials in Mirpur, Muzaffarabad, Rawalpindi, Sargodha, Layyah, Bahawalpur, Lahore, Gujranwala, and Faisalabad, where more than 300,000 youngsters took part and 150,000  plus went through trials. Stage two was the JRS T-20 Tournament itself, which saw the selected youngsters divided into eight city teams. High performers of the tournament were also sent to Australia to train with Sydney Thunders and one even represented Lahore Qalandars in the third edition of Pakistan Super League 2018.

Stories from the trials and tournament also gained digital an overwhelming response, reaching over 15 million people and generating over 51 million impressions across the country. Social engagements also crossed 11 million, with video views of over 10 million.

“Pakistan is a cricket-loving country, and possesses rich talent, but lacks the infrastructure to scout emerging cricketers coming from smaller cities and towns. Through Jazz Rising Stars, we were determined to showcase this raw talent by grooming and training these players on international standards,” said Shoaib Ehsan Aftab, Director Marketing – Jazz, at the award ceremony.

“This award is a testament to our commitment in connecting with the nation’s cricketing roots through a wide-scale campaign and a compliment to the hard work which went behind it. I would like to congratulate our partner agencies as well, who played an equally important role in making Jazz Rising Stars a success” he further added.

PAS Awards is an initiative of Pakistan Advertisers Society to celebrate and acknowledge ‘ideas that works’. It recognizes the most effective pieces of marketing and advertising communications. Every nomination of PAS Award goes through two stages of evaluation namely effectiveness and Jury Chair.

The GSMA represents the interests of mobile operators worldwide, uniting more than 750 operators with nearly 400 companies in the broader mobile ecosystem, including handset ... Read More