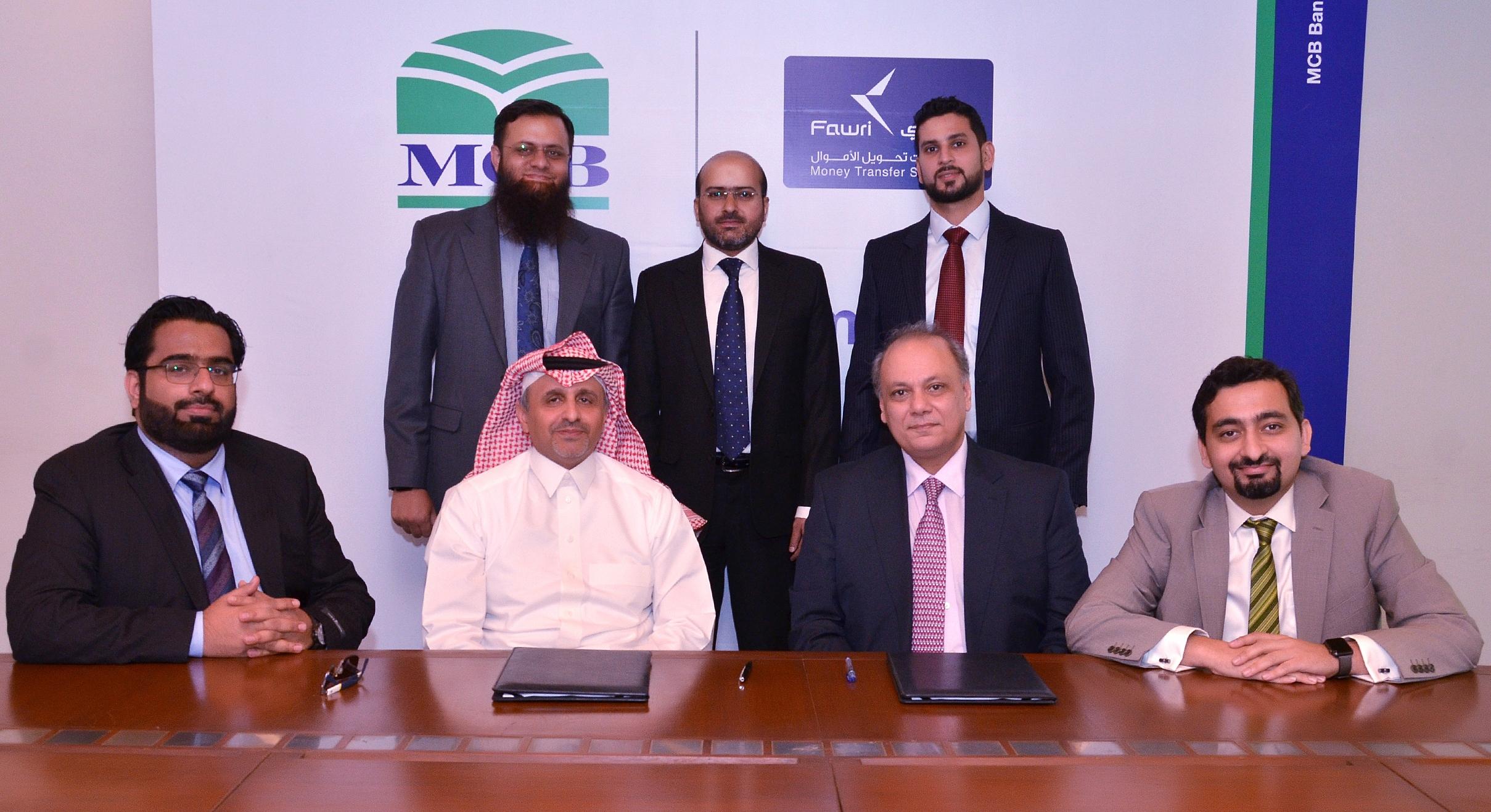 MCB Bank, one of Pakistan’s largest & most innovative banks, has entered into an agreement with leading Saudi financial institution Bank Al Jazira (Fawri) for the facilitation of remittances to beneficiaries in Pakistan. Through the strategic partnership, MCB Bank will further facilitate overseas Pakistanis in Saudia Arabia to transfer remittances to Pakistan which can be received through more than 1,350 MCB Bank branches nationwide. 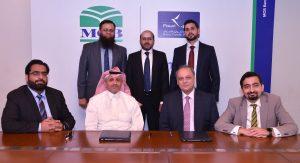 Speaking about the agreement, Mr. Sami Hamad AlRajhi Head of Banking Services Group at Fawri, Bank Al Jazira said, “Fawri is one of the fastest growing money transfer services in Saudi Arabia, with Pakistan being one of our largest remittance recipient corridors. Fawri is very excited to enter into an arrangement with MCB Bank Pakistan and together both organizations will work together to make the remittance process streamlined at both the sender’s and receiver’s end.”

Speaking about the agreement, Mr. Muhammad Naeem Saigol, Division Head – TBD, MCB Bank said, “MCB Bank is renowned for its customer centric approach and makes every possible effort to exceed customer expectations through superior services and solutions. This new partnership with Bank Al Jazira, through their dedicated remittances division Fawri, will allow us to further diversify and expand our remittance services to the Pakistani community in the Middle East. This further strengthens MCB’s commitment towards inclusive banking and channeling of remittances though the formal banking network”

Fawri Money Transfer Services are an integral part of Bank Al Jazira’s Banking Service Division and provide international transfer services via different methods and local transfers within Saudi Arabia. Fawri partners with leading banks across the globe through a network of over 200 countries to facilitate remittances between the expatriate community living in Saudi Arabia with their countries of origin and other nations.

Infinix Smart 2HD: Smartphone that is selling Like Hot Cakes

Infinix, a well known smartphone brand of Pakistan, has once against stood up to its reputation by putting up yet another exquisite smartphone Smart 2 ... Read More