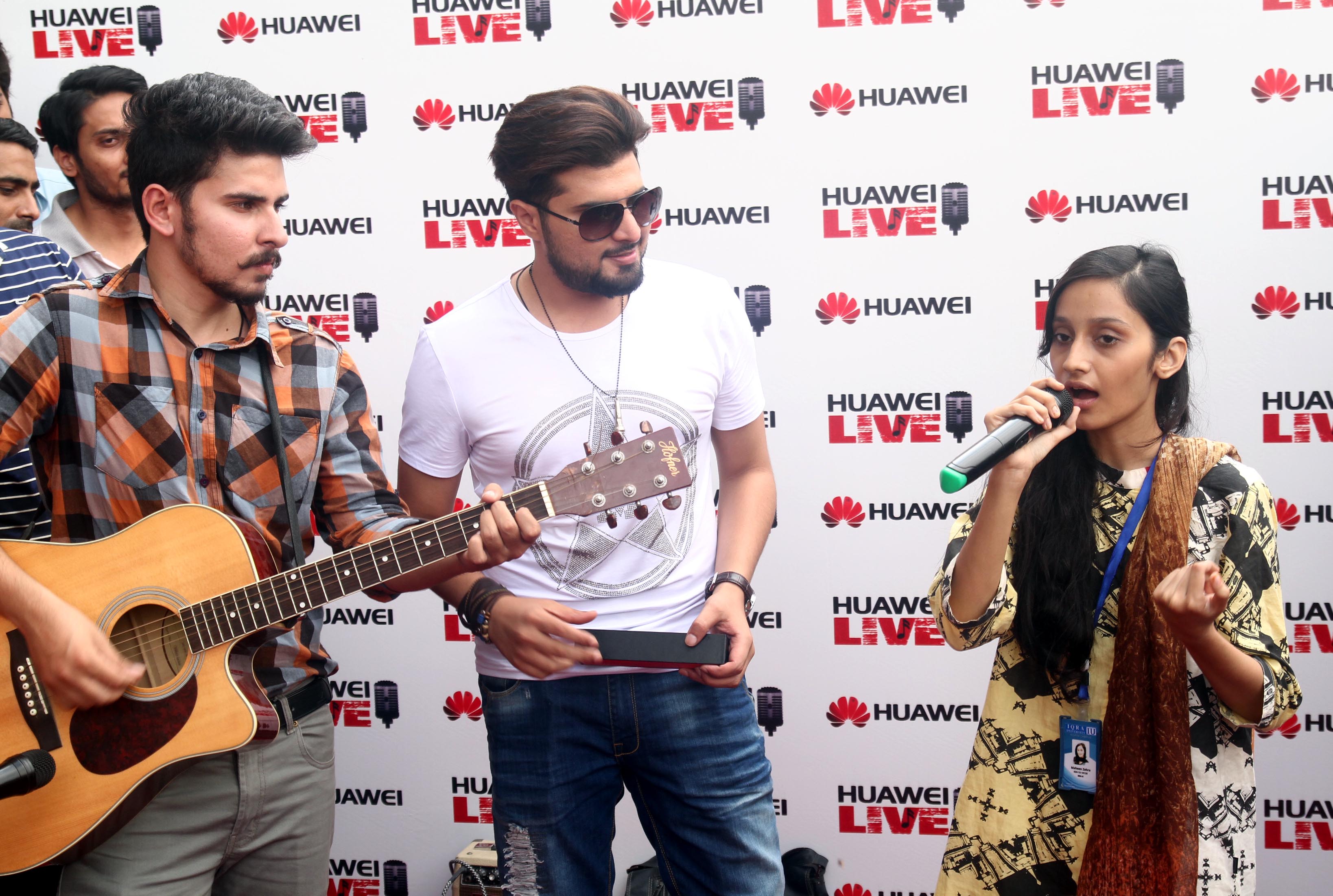 Lahore: 30th September, 2016: – Huawei initiated “Huawei Live” Campaign a few days back and after receiving an unbelievably awe-inspiring response from the youth, the shining star of Pakistani music industry Nabeel Shaukat himself became a part of the campaign and made an appearance in Iqra University.

Nabeel’s Rocking performance at Iqra University and over whelming crowd response led to Nabeel’s visit to MAJU University the very next day. Fans were excited today as Nabeel made his visit, there was a cheer everywhere and Huawei Live kicked in with a bang at MAJU. Huawei live is breaking all records students taking part and sending video the response is through the roof. Nabeel felt so excited after his last performance that he decided to make an appearance at MAJU as his fans couldn’t have enough of him.He is one of the judges of “Huawei Live” campaign with the purpose of finding “The Voice of Huawei Live 2016”.

A huge crowd gathered around Nabeel Shaukat, who literally stole the show by becoming the man of the day and during his appearance the energy of the crowd was over the roof which made him sing with the crowd. Every song sung by Nabeel Shaukat, the passionate crowed became more and more involved as the rhythmic lyrics took them to the unchartered realms of the music and there was a harmony in the crowd as they all sang together. It was an amazing sight to watch passionate youngsters to be the part of the activity. When it was announced that the “Huawei Live” was about to close, they insisted the singing prodigy to sing more and more songs. Nabeel Shaukat responded to their repeated requests but off course it had to be closed down after certain time.Huawei has a firm belief that like any other field, there is an abundance of talented young students in Pakistan who can excel in the music industry, if they are provided with a proper platform coupled with guidance. So far, the Huawei initiative has won acclaims and kudos from every quarter of the social fabric for engaging talented youths in a career-shaping activity. Youth of all ages are taking an active part and girls especially, are proving tough competition for the guys. Huawei Pakistan has once again proved that they know how to groom talent and put a big smile on everyone’s face. Huawei live campaign is going successful, the thrill and excitement among students is more than words can describe. Students wait for hours to take part in the audition. Huawei promises more fun and excitement in the days to come, stay tuned for this mega musical event.

Cheetay.pk Launches its Operations in Islamabad

Cheetay.pk is launching its operations in Islamabad and Rawalpindi, with a bucket of over 300 restaurants. A last mile logistics company, having been based in ... Read More