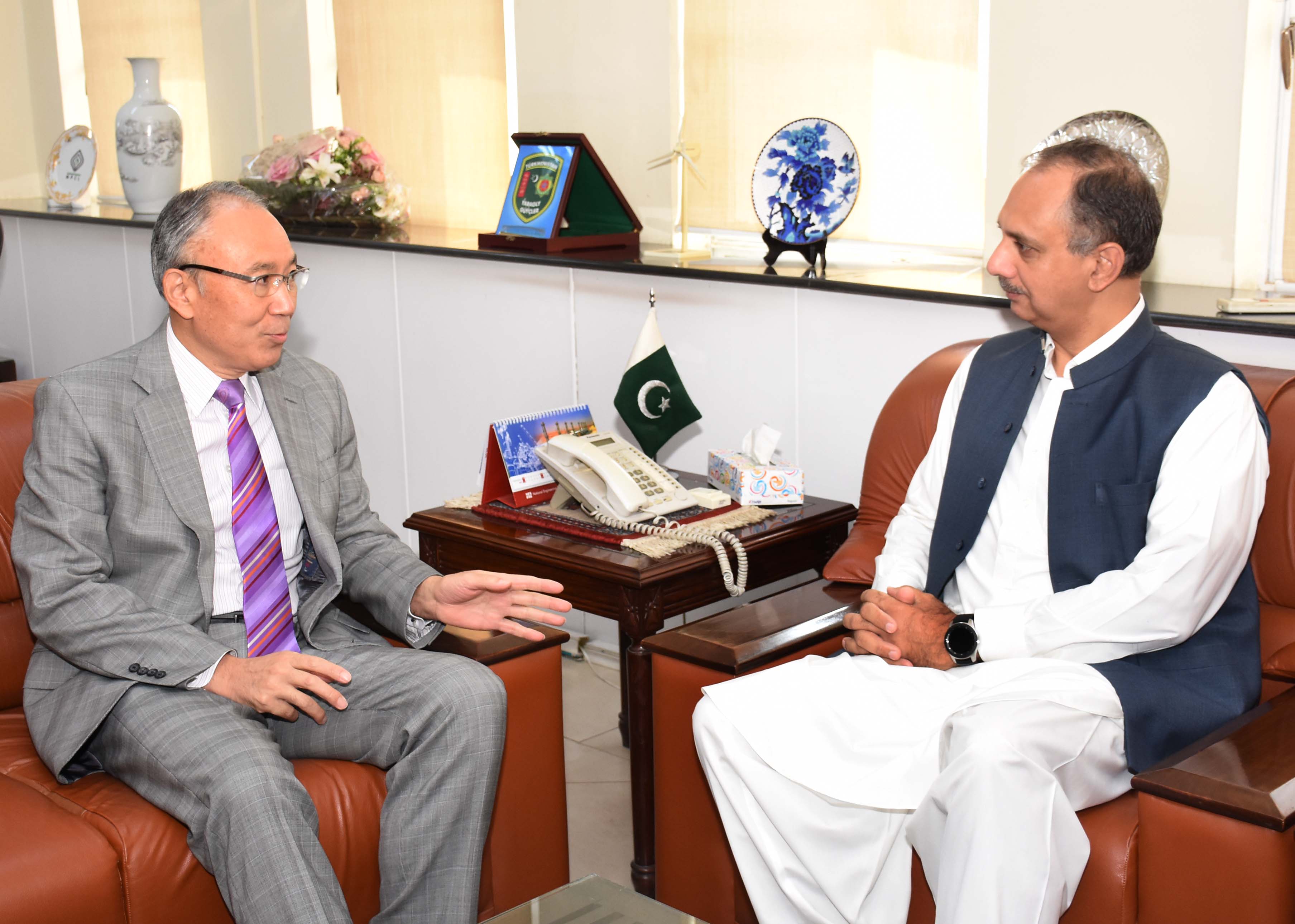 Pakistan to present opportunities in energy sector in Japan conference

Pakistan is looking forward to present opportunities of investment in the energy sector in the upcoming conference from 24th to 26 September 2019 on energy in Japan as the sector is flourishing with the right direction of policies that the present governed has adopted since its coming to power. 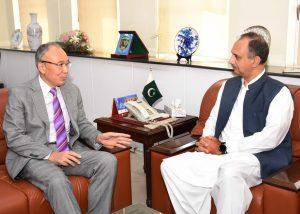 This was stated by Federal Minister for Power, Mr. Omer Ayub Khan in a meeting with Japanese Ambassador H.E. Mr. Kuninori Matsuda who called on him at his office today.

The Federal Minister said that keeping in view the interest shown by the Japanese investors and companies in the Energy Sector of Pakistan he will himself lead the delegation in the conference. He said that a new Renewable Energy Policy envisaging ambitious increase of share of indigenous renewable sources to 30% by Year 2030 is in the making that will open further vistas of investment in the sector with good rate of return. This will also positively affect the basket prices for the electricity consumers in the country, he added.

The Japanese Ambassador thanked Federal Minister for his personal interest and said that Japanese companies are anxiously waiting for the visit. He said that there is a good indication that  investors will explore these opportunities.

The Alternative Energy Development Board in its 46th Meeting under the Chairmanship of Federal Minister for Power Mr.  Omar Ayub K has approved the draft ... Read More

Pakistan’s New Renewable Energy Policy, unanimously approved by the AEDB Board where all provinces have highest level representation, has envisaged a greater and lead role ... Read More

Turkmenistan is a natural partner for Trade and Energy Corridors to Pakistan – Habibullah Dadabhoy.

Pakistan and Turkmenistan share historical relations, as Pakistan is one of the first countries to recognise the independence of Turkmenistan in December 1991. Although formal ... Read More