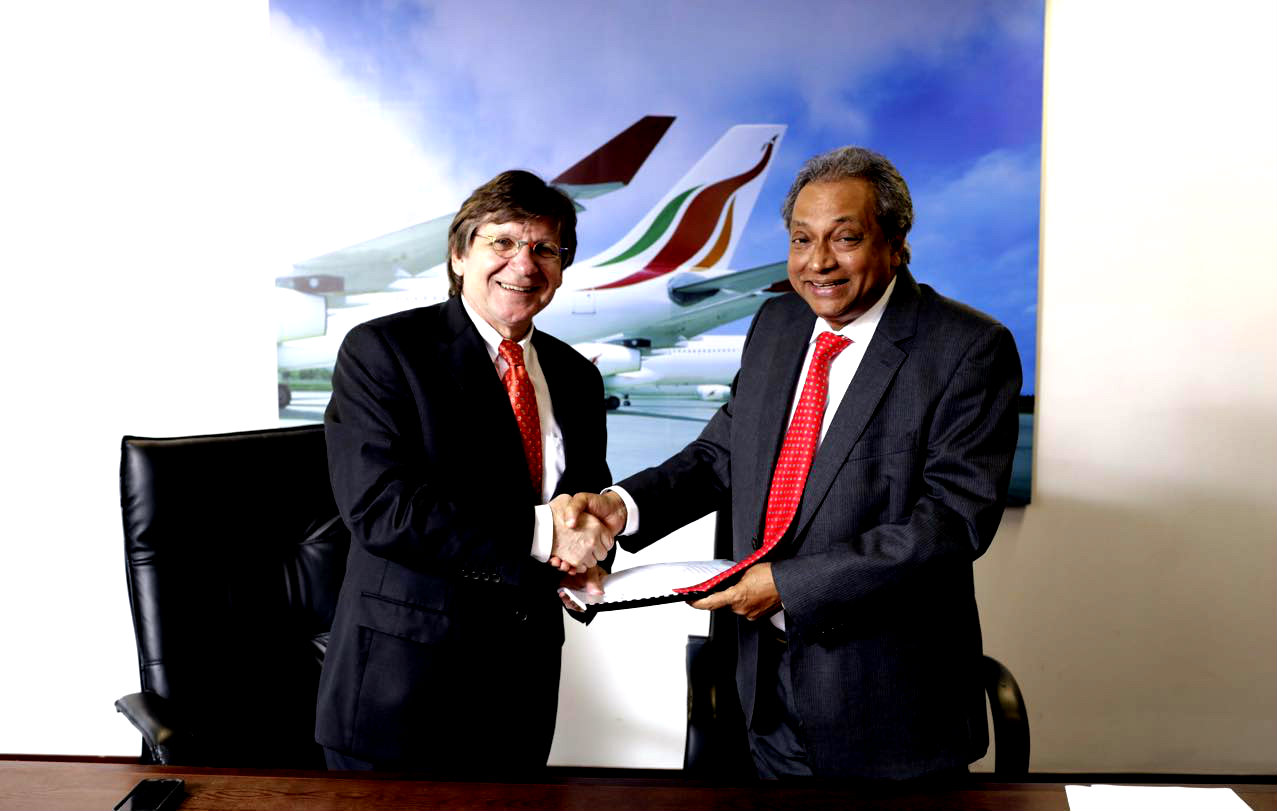 PIA has formalized wet leasing of three A-330 aircraft from Sri Lankan Airlines. At a ceremony held in Colombo today, CEO, Mr. Bernd Hildenbrand signed the contract with Chairman, Sri Lankan Airlines, Mr. Ajith Dias and CEO Capt. Suren Ratwatte.
The contract has materialized after a series of negotiations between the two sides. First of these aircraft would he delivered during the next week, while the rest in following months. These aircraft are in brand new condition and would be used for PIA Premier giving passengers a better experience, allowing PIA to start regaining its market share. PIA Premier is scheduled to be launched on 14th August, initially only to London. There would be six weekly Premier service flights to London, including three from Islamabad and three from Lahore. Later, with addition of more aircraft, the service would be expanded to other destinations. Chairman, Mr. Azam Saigol appreciated the efforts of the PIA team led by Mr. Hildenbrand in finalizing this contract.

Why your cultural note never works out the way you plan

Why your culture tips never works out the way you plan. The 6 best resources for travel coupons. Why vacation packages will make you question ... Read More