With the ongoing PSL 7 festivities, TECNO took out an amazing Predict & Win activity. For the fans to win free tickets for each match. A total of 50 fans got the chance to watch the matches in both Karachi and Lahore stadiums. Enjoying the spirit of cricket with full zeal.

TECNO received a great response from fans with the announcement of this activity back in January and all posts. On the official Facebook bombarded with hundreds of comments. The activity included 11 matches of PSL, five in Karachi, and six in Lahore including semi-finals and final. Four winners for FREE tickets chosen for each match. While for the semi-final and final matches six tickets given out. The winners chosen through a lucky draw and announced on Facebook Stories of TECNO.

After six successful seasons, TECNO just made PSL 7 more interesting for its fans. Cricket enthusiasts seen commenting zealously over Facebook to participate in this fun activity. Also, The fans predicting the winning team. For the final match were to receive a brand new TECNO phone as a winner’s gift. Two lucky fans, Madiha Ryaz and Aqib Waheed won this grand prize and announced on the official page. 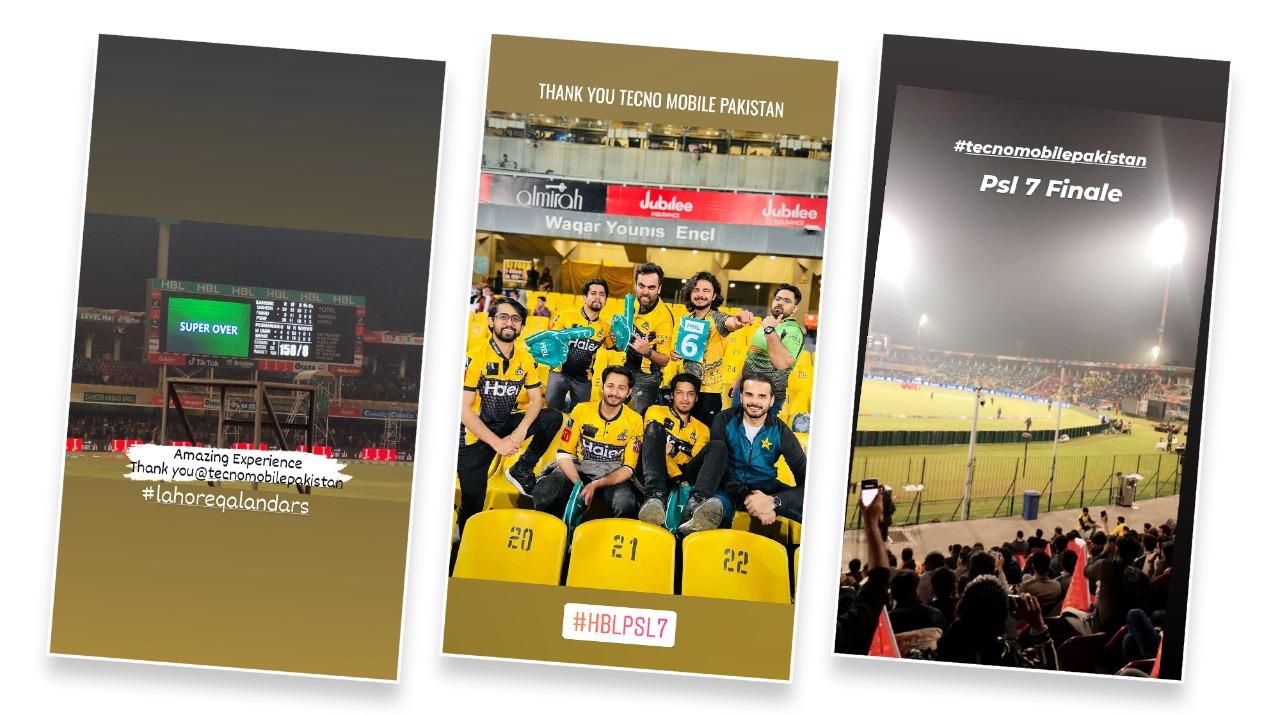 Moreover, Many content creators”, seen covering. The matches in Lahore using TECNO’s latest Camon 18 Premier with its extraordinary camera features. YouTubers including Ukhano, Ali Zar, and Shahveer made fun vlogs and seen. Capturing these treasured moments from the matches with the Camon phone. The 60x Hyper zoom and the Gimbal were much appreciated by these renowned content creators.

“We love the passion Pakistanis have for sports. This passion led us to engage them in some fun activities to make the cricket celebrations more interesting. The users in Pakistan have appreciated our efforts in bringing the latest technologies for them. So “we try and keep our fans happy with such campaigns.”

With such fun activities. TECNO has made its name among the consumers for supporting and promoting sports in such a manner. As the brand aims to bring the best for its users. Stay tuned for more such amazing campaigns from TECNO Pakistan.