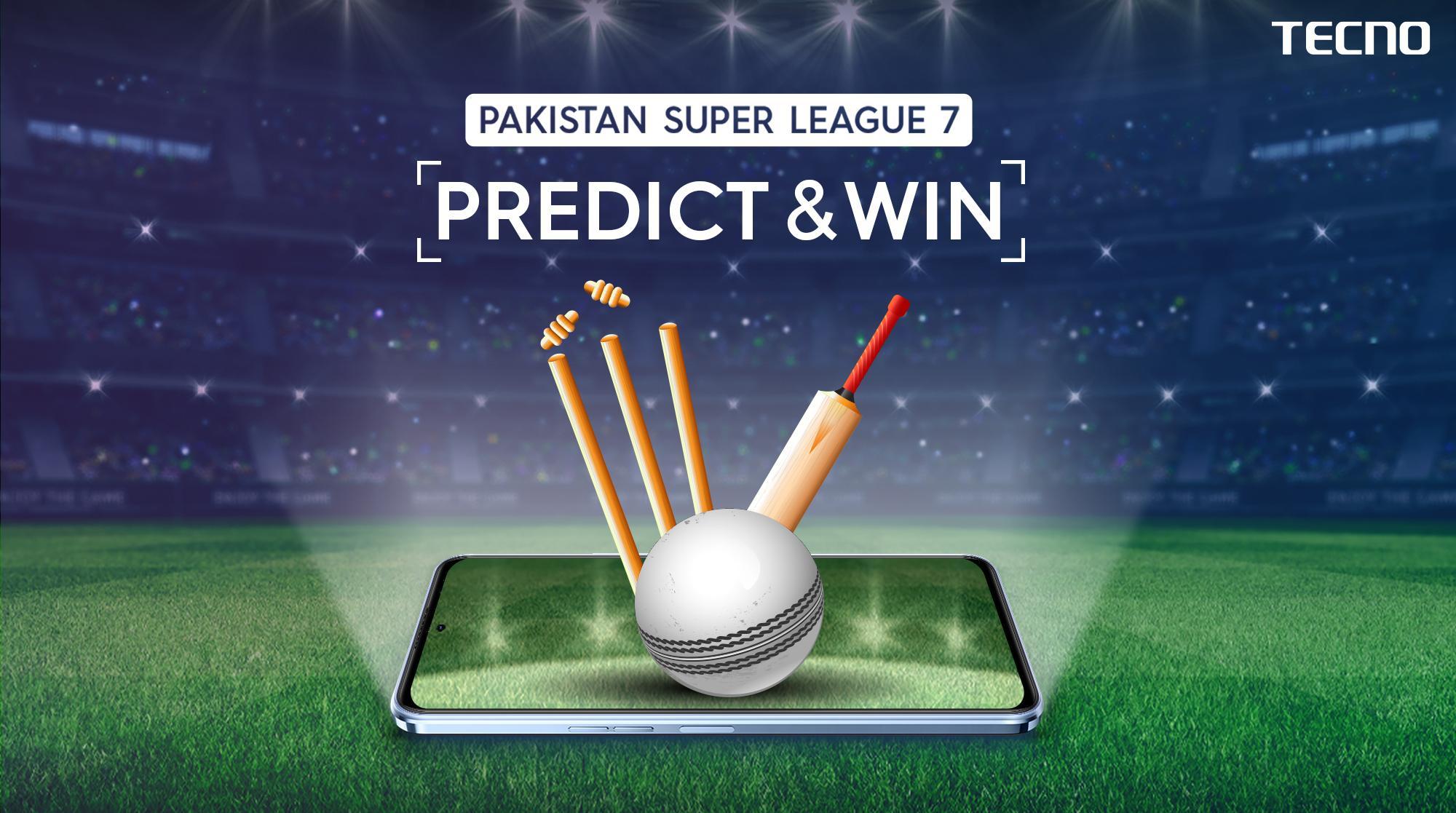 PSL 7 Matches Begin in Lahore, Keeping the cricket spirit alive, TECNO brought a fun Predict & Win for fans to get free tickets for PSL season 7 matches. The activities started last month and winners were given tickets to go see the matches in Karachi and now it is time for Lahore.

The Pakistan Super League (PSL) is a professional T20 Cricket League contested between six teams representing six major cities of Pakistan. PSL is one of the most popular events in the country and a great opportunity for corporate partners to make an impression. TECNO is playing its role in hyping up this passion of its Pakistani consumers by an online Predict & Win on its official Facebook page.

The rules for Lahore are the same as for Karachi matches. Four winners will be selected for each match where they will be given free tickets for the next match. Five matches from Karachi are already done, so now fans can win tickets for the upcoming six matches from Lahore including the semi-finals and final. The interesting news is that for the semi-final and final matches, six tickets will be given out for each match which means six winners for each match. PSL 7 Matches Begin in Lahore.

Moreover, your favorite YouTubers and influencers including Ukhano, Ali Zar, and Shahveer Jafry will be there capturing all the fun moments from these matches with their Camon 18 Premier devices. If you want to join your favorite content creator in the stadium, then hurry up and become a part of this fun Predict & Win activity.

All fans need to do is, go to TECNO’s Official Facebook Page and comment their prediction on every post related to PSL that will be shared. Choosing the winner will simply be based on the right answer and a lucky draw will be held to choose winners. The winners will be announced on Facebook Stories and the TECNO team shall contact them for the delivery of tickets.

“Cricket seems to be Pakistan’s biggest passion and we respect this love for sports. PSL is a great initiative for promoting Pakistani cricket globally. With multiple cricket campaigns, funs sessions, and online activities, this PSL Predict & Win will be an encouraging step for the TECNO fans to be able to participate and watch the match live from the stadium with their favorite content creators.”

Moreover, the fans predicting the final match will receive a new smartphone as a winner’s gift apart from all the goodies from TECNO. So don’t forget to follow TECNO’s Official Facebook page and keep predicting!