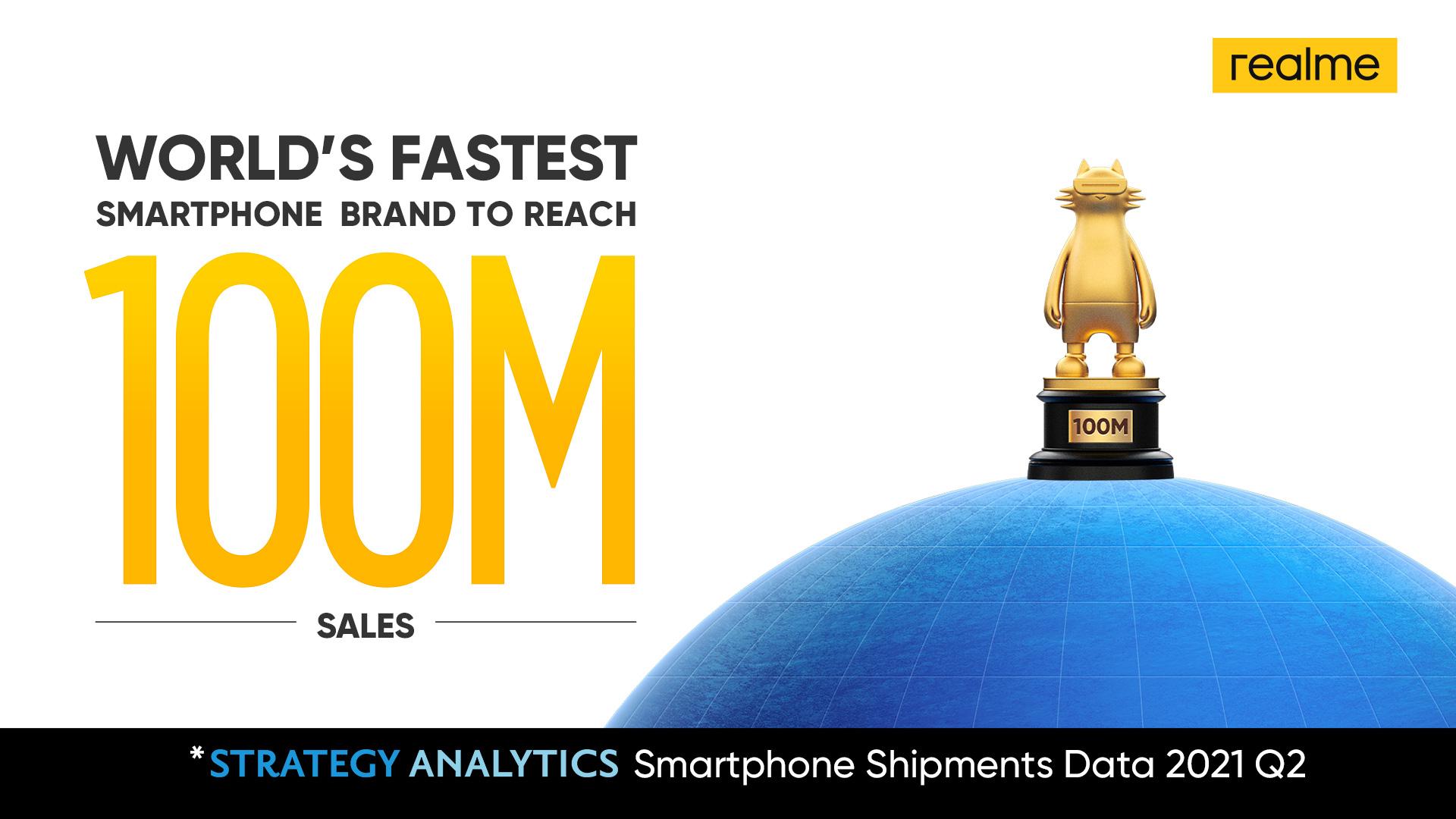 Pakistan – Friday, August 06, 2021:  realme, a global emerging consumer technology company, today announced a milestone of 100 million smartphones sold globally. On the back of strong performance during the 2020 and 2021 economic challenges posed by COVID-19, realme became the fastest global smartphone brand to reach this milestone in three years, according to Strategy Analytics, a market research consultancy. realme is also the fastest growing major smartphone brand globally in Q2 2021 with a year-over-year growth rate of 149%, as data from research firm International Data Corporation (IDC) showed. 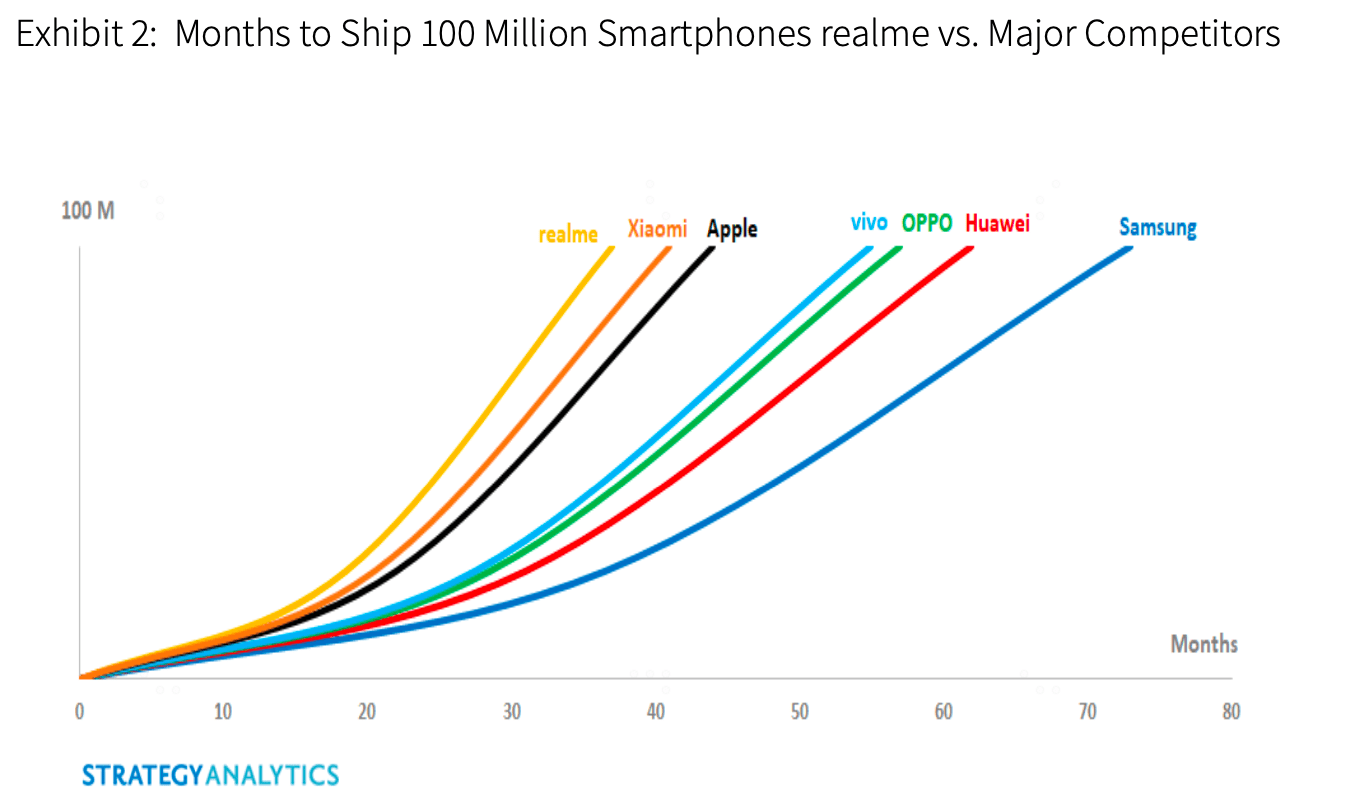 realme is the fastest brand ever to ship 100 million units in the entire history of smartphones, according to Strategy Analytics

This achievement has further validated realme’s sales and business strategies across the globe. Established only in 2018, realme is now the 7th largest smartphone brand with a presence in 61 different markets worldwide and ranks at Top 05 smartphone makers in 13 markets, claiming the first place in Philippines and Bangladesh, fourth in India and Russia and fifth in the Europe region in Q2 2021. This 100-million milestone is the latest in line of realme’s spectacular global rise, as the company adds another ‘first’ to its name.

Targeting global youth and young professionals as a consumer group has allowed realme to leapfrog many established brands, as this group has been over-promised but underserved, according to realme’s CEO, Sky Li. “Young people, both our consumers and our staff, have taught us to dare to leap into the future and be trendsetters, giving us the courage to disrupt a well-entrenched industry.”

“The past three years have really been about an entrepreneurial spirit and untamed growth for realme”, said Li. “Thanks to the huge support from our young users, we have been able to reach our goal of shipping 100 million smartphones and have gained significant ground in the smartphone market. We will continue to provide young consumers around the world with products that have premium performance and trend-setting designs at affordable prices.”

Li also said realme’s next goal is to achieve a dual-100 million target – shipping another 100 million handsets by the end of 2022 and completing the same milestone within the 2023 calendar year. 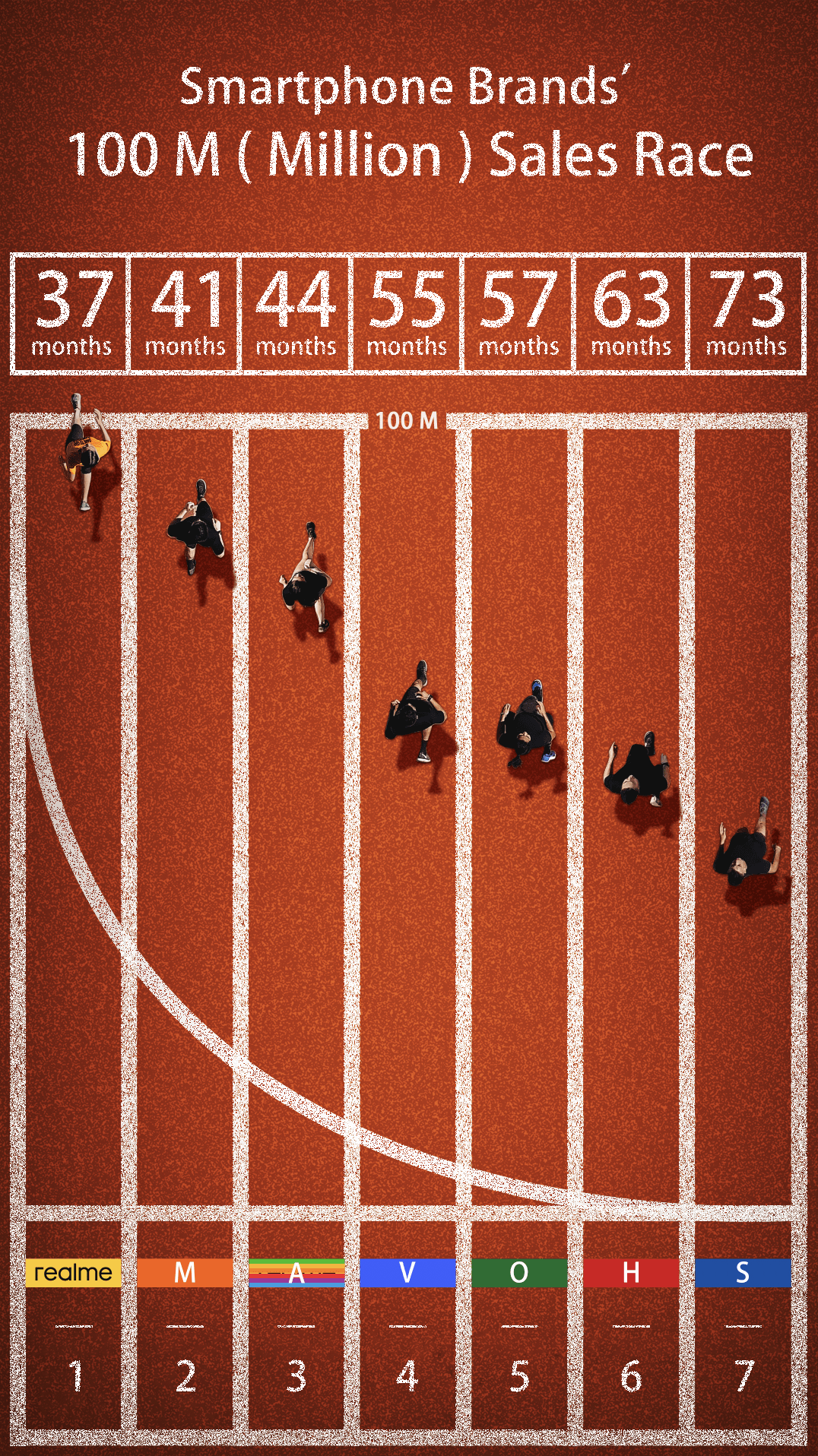 To achieve this, realme is counting on a comprehensive product development strategy that will see it expand its offerings in two ways. With the recent launch of its flagship GT Series devices, dubbed as ‘flagship-killer’ phone, realme is poised to compete at mid-to-high-end segments in mature markets such as Western Europe and China.

The company is also evolving its vision of building out a full-fledged AIoT (Artificial Intelligence Internet of Things) ecosystem for global users within the next five years. To this end, realme has unveiled its 1+5+T strategy, where 1 is the mobile phone, 5 stands for True Wireless Stereo earphones, wearables, TVs, tablets, laptops, and T stands for realme’s AIoT brand TechLife. realme believes in its ability to lead users to a technologically enhanced lifestyle in a way that is affordable and sustainable at the same time.

With an audacious vision and courage to take on the world, realme is poised to break down barriers in a competitive environment.

Zameen.com to hold Pakistan Property Show in Dubai on December 6, 7

Daraz is Pakistan’s largest online shopping platform and during the iconic Gyara Gyara sale the platform catered to the rising issues with an admirable attitude. ... Read More