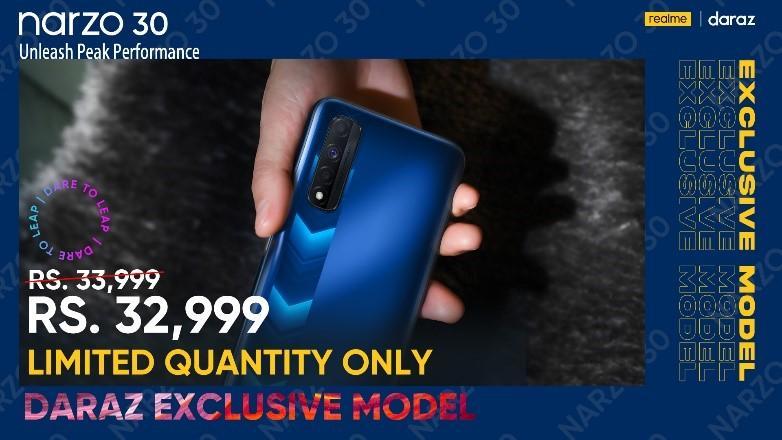 Lahore, Pakistan – Monday, June 28, 2021: Giving a unique twist to launch events, realme – a youth favourite in Pakistan has launched the realme Narzo 30 to entice smartphone gamers. The smartphone launch was done as a mid-year launch show bringing together a fun mix of Gen-Z influencers Ducky Bhai, Romaisa Khan, Bilal Munir and Hasan Raheem. At the end of the chat show, realme Narzo 30 was launched along with the Narzo Anthem sung by Hasan Raheem, while a new price of realme C21 was dropped as a surprise.

The show was one-of-a-kind launch event that was nothing less than a laughter riot. With fun activities, dumb charades and a TikTok battle, the show wrapped up with a rapid fire round where Hasan Raheem emerged as the winner. The mid-year launch show was packaged quite uniquely as segments reflected the remarkable features of realme Narzo 30 including the MediaTek Helio G95 Gaming Processor, a 90Hz Ultra Smooth Display, a 30W Dart Charge and a 5000mAh Massive Battery. 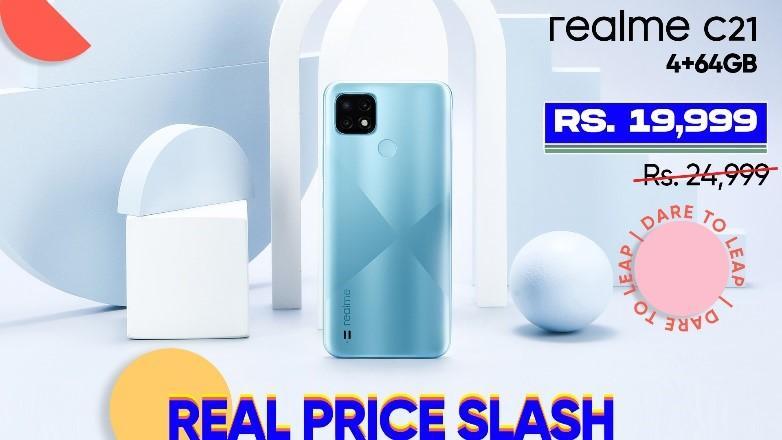 Other than the realme Narzo 30, there were two more surprise announcements by realme. The first one for its realme C21 that got a new price tag of PKR 19,999/-, down from PKR 24,999/- earlier. And, a new Narzo Anthem sung by Hasan Raheem was also launched featuring Romaisa Khan and Ducky Bhai. With sick beats of the Narzo Anthem, the show was a hit with the audience as they got to see a personal side of their favourite KOLs.

As frontrunners of setting new trends in the industry, realme keeps bringing amazing devices for its fans and launches them in different ways. The Narzo series is a much-loved gaming series by realme, where the Narzo 30A became a huge hit in Pakistan recently. Now, Narzo 30 is poised to do the same.

The Fun Never Stops! OPPO F19 Down To An Amazing New Price