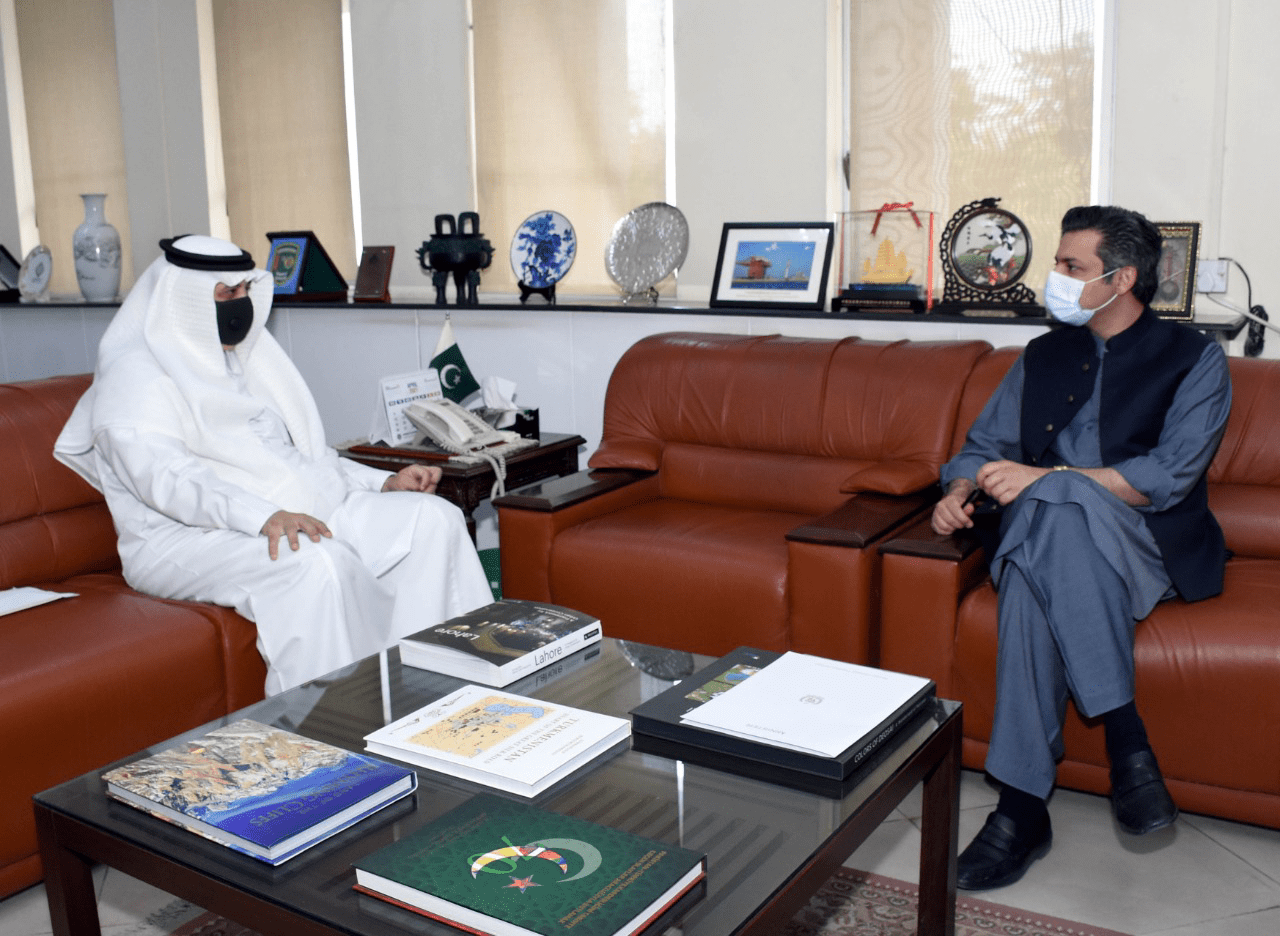 Federal Minister for Energy Mr. Muhammad Hammad Azhar has said that Pakistan and Saudi Arabia are tied in close brotherly relations based on common religion, culture, values and traditions

He was talking to Saudi Ambassador to Pakistan HE Nawaf bin Saeed Al-Maliki, who called on him here today. Special Assistant to the Prime Minister on Power and Petroleum, Mr. Tabish Gauhar and Secretary Power Division were also present during the meeting.

Matters relating ongoing cooperation between Pakistan and Saudi Arabia in the Energy Sector and upcoming visit of the Prime Minister to Saudi Arabia were discussed during the meeting.

Mr. Hammad Azhar informed the Saudi Ambassador that time is perfect to invest in the Oil Refining business in Pakistan since the demand for oil is increasing. He said that Government is brining policy to facilitate potential investors in this regard.

SAPM on Power and Petroleum apprised the Saudi Ambassador on key features of new proposed Refining Policy which will provide tax, custom duty and tariff related concessions for the investors for a reasonable period.  Potential investors like Saudi ARMCO can take benefit of the concessions, he added.

HE Nawaf Bin Saeed Al-Maliki congratulated Mr. Hammad Azhar on taking charge of the Energy portfolio. He said that Saudi Arabia desire to further strengthen the existing close brotherly relations between the two countries. The upcoming visit of Pakistan’s Prime Minister to Saudi Arabia will pave way for exploring new vista of cooperation between the two brotherly countries, he added. Etihad Airways, the national airline of the United Arab Emirates, is increasing capacity to the Kingdom of Saudi Arabia with a third daily flight between ... Read More