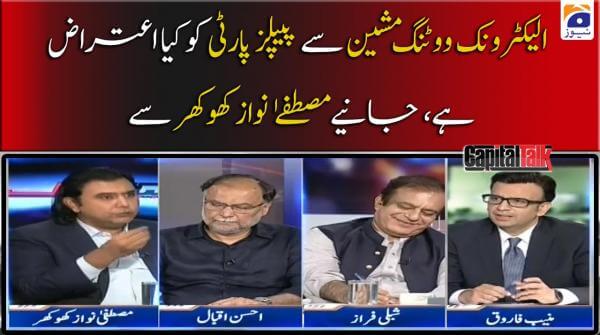 ISLAMABAD – Thursday’s briefing by the Science Ministry gives a demonstration on EVM in Geo’s Capital Talk’ and Technology on electronic voting machines (EVMs), was given in the presence of Shibli Faraz, Ahsan Iqbal, and Mustafa Nawaz Khokhar, PPP leader. 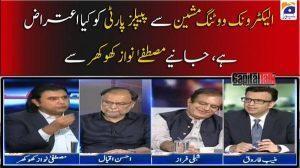 From  Science Ministry point, Shibli Faraz stated that the beneficiaries of the old system don’t want EVMs to be used in the next election. EVMs are not capable of rigging, he said. He stated that EVMs are not able to tamper with votes and would not be rejected. His government has made the EVMs user-friendly. He also stated that ballot papers would be used in conjunction with EVMs during the election.

Ahsan Iqbal stated that the problem with the electoral process in Pakistan was not the law but the system. He stated that even with the current laws, the best elections can still be held in the state machinery is neutral.

An EVM that has a chip changed can cause it to start working differently. These are not EVMs but rigging devices, he said. Mustafa Nawaz Khokhar stated that the main problem in Pakistan was pre-poll manipulation. He stated that electives are sent to a political party before the elections. How can this be stopped? He also said that EVMs are susceptible to hacking.

Khokhar stated that the Pilot Projects about EVMs fall under the control of the Election Commission. However, the government is using these powers. Khokhar stated that the RTS system was not working properly in the 2018 elections and secret cameras were discovered during the Senate elections. He asked how the opposition could trust the government in such circumstances.

Lighting up Lives with PepsiCo Pakistan

online shoppers highly rely on the customer evaluations of their most trusted peers instead of word-of-mouth referrals. Daraz, which has 15 million monthly users, and has...
Read more