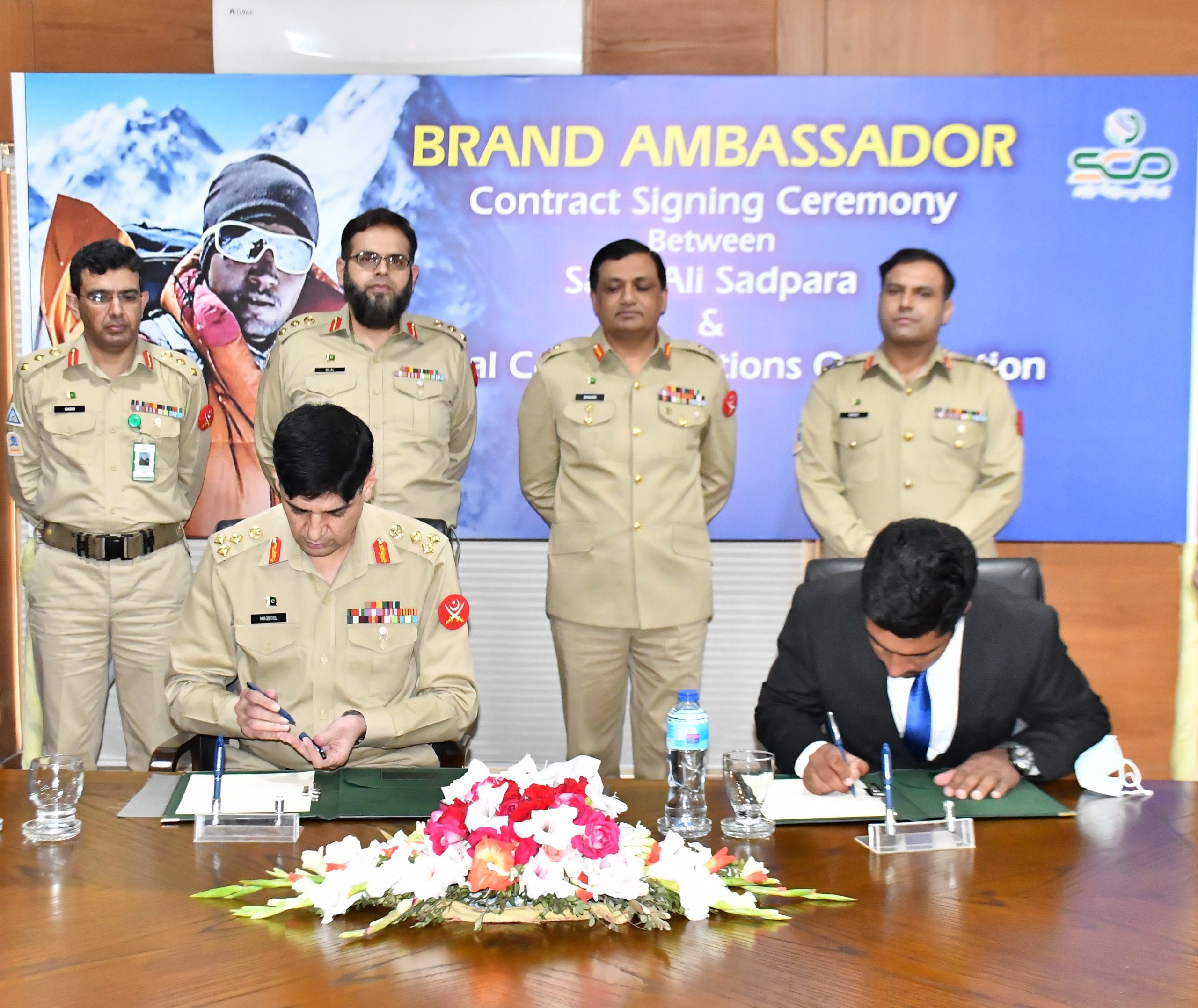 SCO the largest telecommunication network provider in Gilgit-Baltistan and Azad Jammu and Kashmir having extensive footprint of PSTN, GSM, CDMA and Internet (FTTH) services provision in far-flung areas of Pakistan has appointed famous Pakistani mountaineer, Mr. Sajid Ali Sadpara as its Brand Ambassador. The contract signing ceremony was held at HQ SCO Rawalpindi. Maj Gen Muhammad Shahid Siddeeq, DG SCO himself along with other officials of SCO were present on the occasion.

Due to oxygen tank issue he came back but his father and two other mountaineers never came.

In May 2021 in order to provide better communication facilities to the mountaineers and trekkers, SCO installed a 4G Base Transceiver Station (BTS) at K2 Base camp Concordia and named it as Ali Sadpara in the memory of late mountaineer. It was inaugurated by Prime Minister Imran Khan during his visit to Gilgit-Baltistan. On 26th July 2021, Sajid Ali got appreciation by finding the missing dead body of his father on K2 after five months. Sajid Ali praised SCO for providing 4G data connectivity at world’s second largest peak K2 and further added that when he found the dead body of his father, he called his mother from there and sought her permission for burial. He also thanked SCO for providing telecom facility in his village Sadpara.

Sajid Ali Sadpara will be engaged in various media activities and events to endorse and promote SCO’s promotional activities in any part of the country including Azad Jammu & Kashmir and Gilgit Baltistan.

Jazz, Pakistan’s leading digital communications company, is offering its subscribers a chance to get discounts of up to 10% on accommodation reservations made through Booking.com ... Read More

Select Technologies, a wholly owned subsidiary of Air link Communication Limited is proud to announce the inauguration of its smart phone manufacturing plant for the ... Read More