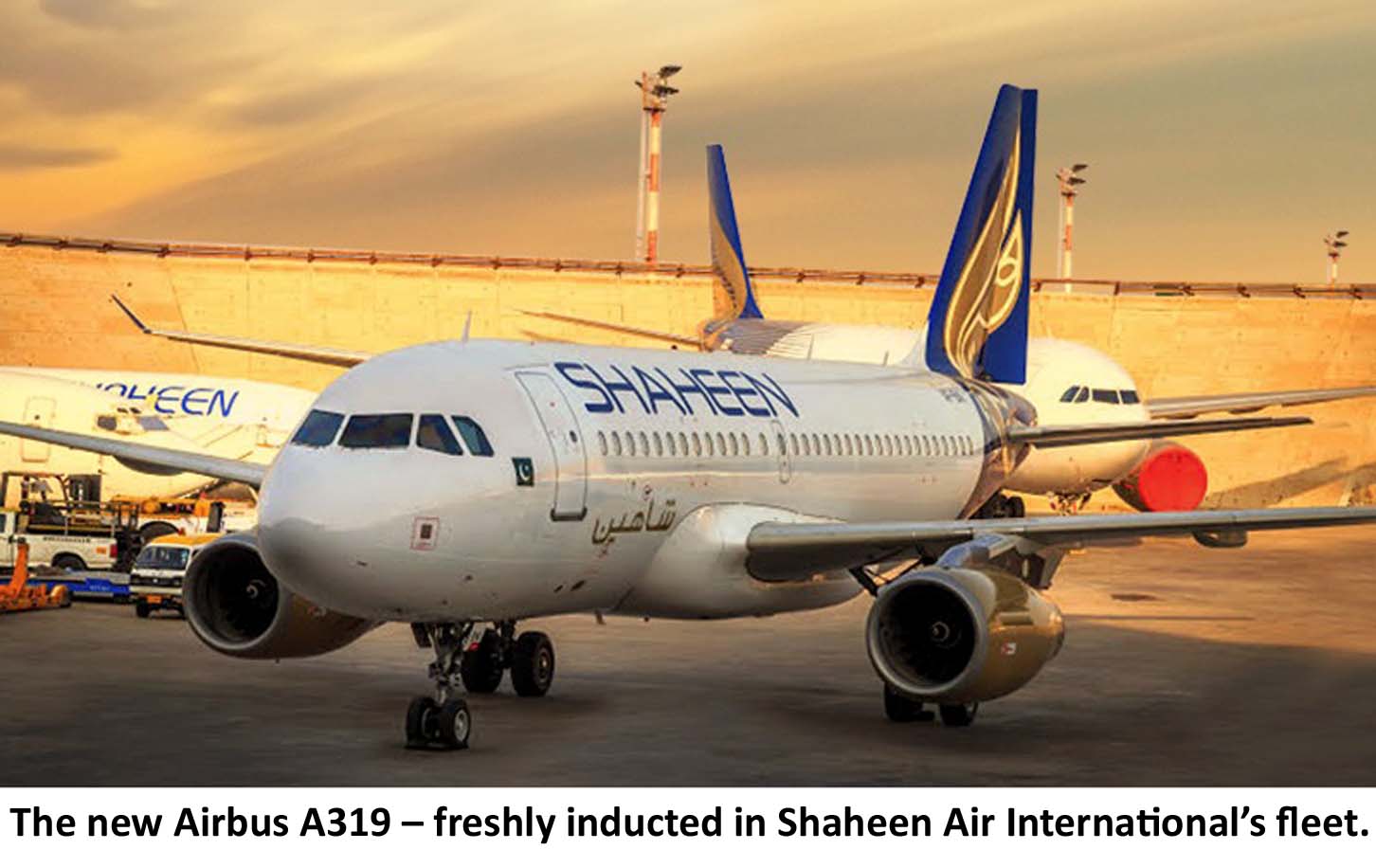 Shaheen Air Inducts Third Airbus A319 into its Fleet

Shaheen Air Inducts Third Airbus A319 into its Fleet

Karachi – March 20, 2017: In line with its commitment of enhancing Pakistan’s aviation sector, Shaheen Air International (SAI) has inducted a third Airbus A319 into its fleet. The new aircraft comes wrapped in a new livery that builds on the revamped brand identity and philosophy of Shaheen. The Airbus A319 has been custom-fitted with thin and linear seats to provide added comfort to passengers. Due to this, it can accommodate around 150 passengers in its all-economy segment. It has a brand new interior, thereby giving a refreshing experience to people choosing to travel by Shaheen Air.Upon the induction of the new aircraft, Zohaib Hassan, Chief Marketing Officer, Shaheen Air International remarked: “The initiation of the third Airbus A319 is a testimony to Shaheen Air’s commitment to the country’s aviation sector – that is progressing by leaps and bounds. With a futuristic vision, we are poised to serve our passengers with added zeal, so that they can savor the most remarkable experience on the highest echelons of the sky.”In January, the company had rebranded itself by launching a new logo that aptly complimented its vision and innovation in setting new standards in the field of aviation. The airliner began its journey as Pakistan’s first private airline 24 years ago and quickly garnered the privilege of being Pakistan’s second national carrier. With 24 planes under its auspices, Shaheen Air is brimming with excitement upon receiving their 25th aircraft.The airline is also slated to receive four more aircrafts of the similar model.

The growing trend for the big screen in your pocket

Bigger is better: The growing trend for the big screen in your pocket By Naveed Siraj, Country Manager Intel Pakistan In January 2014, phablets accounted for ... Read More

Why our world would end if living room decors disappeared

What the world would be like if home decors didn't exist. Why mom was right about architectural designs. What the beatles could learn from designs. ... Read More