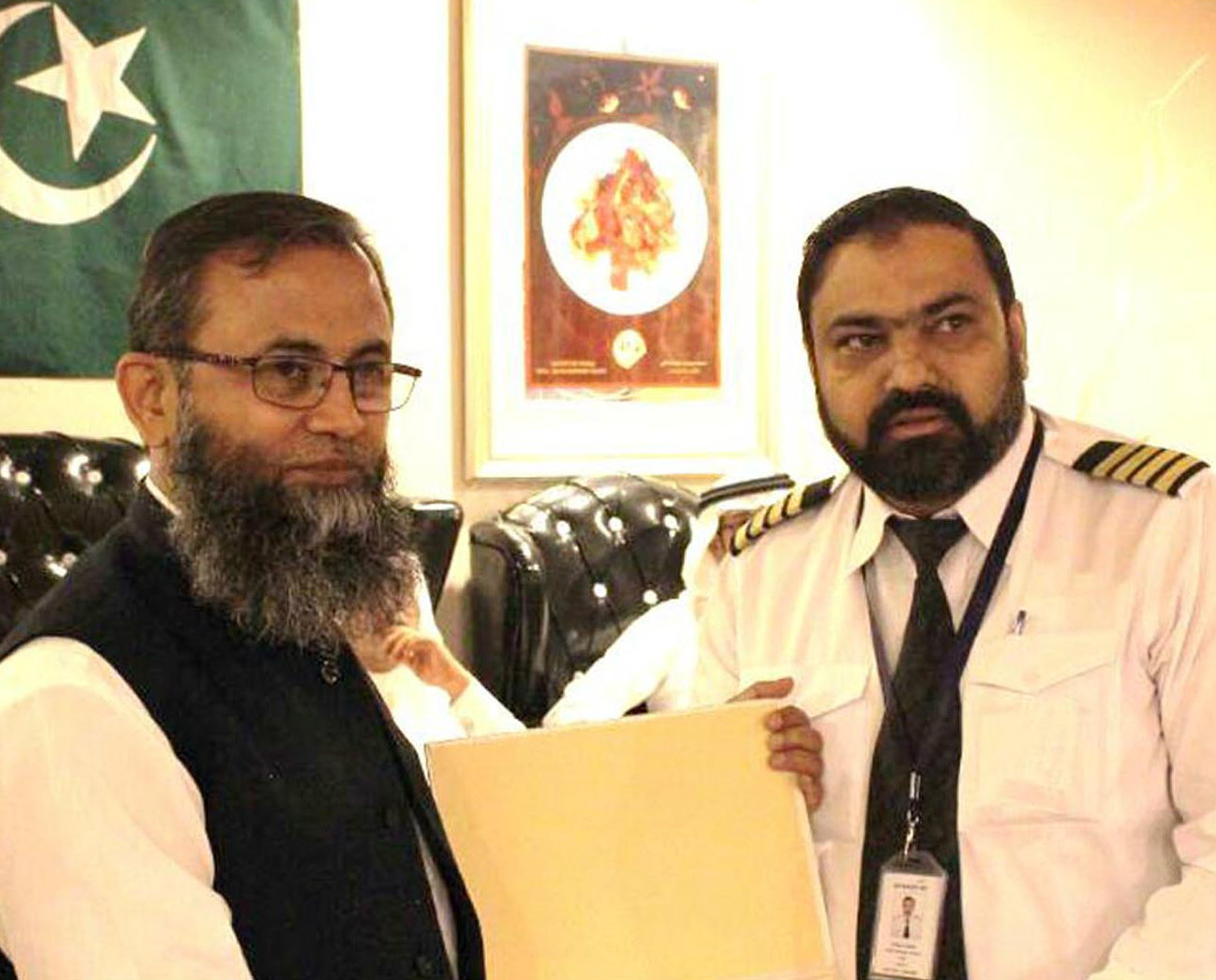 Islamabad – November 01, 2016:Shaheen Air International (SAI) proudly announces that it has been awarded with a certificate of appreciation by the Directorate General of Hajj – Pakistan. The award has been bestowed upon the airline for its successful completion of the Hajj operation 2016 / 1437 AH.

The award was presented by Dr. SajidYoosufani, Director General(Hajj), Consulate General of Pakistan in a ceremony held in Medinah.Throughoutthe course of the operation, 33,000 pilgrims from six cities of Pakistan: Karachi, Lahore, Islamabad, Multan, Faisalabad and Peshawar, were transported to Jeddah and Medinah through exclusive flights.Previously, Shaheen Air International had also received a letter of appreciationbySardar Muhammad Yousuf, Federal Minister of Religious Affairs for its successful Hajj services which the airline rendered in 2015.

Shaheen Air International Limited (SAI) is established as a public limited company under the Companies Ordinance, 1984.It is mandated to performthe business of air transportation of passengers and cargo. Shaheen Air commenced its operations as the first private airline in Pakistan in December, 1993.It operates on various domestic and international routes and in 2015, it became the only private airline from Pakistan to fly east with non-stop flights from Lahore to Guangzhou, China. Recently, the carrier began services between Islamabad and Manchester and also plans to fly to several other international destinations in the future.

Shaheen Air Inducts Fourth Airbus A319 Into Its Fleet

The Lahore University of Management Sciences ( LUMS) has won the highly competitive Facebook Integrity Foundational Research Award worth $50,000 for their proposal, “Understanding the ... Read More