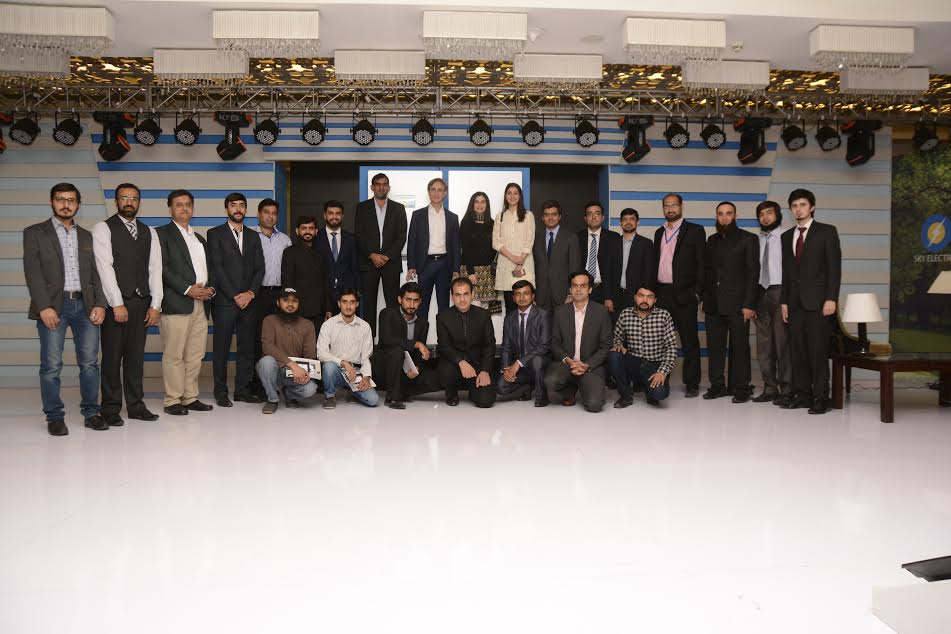 27 February 2017, Islamabad: SkyElectric Inc. launched its Smart Energy System in Pakistan at an event held in the Marriott Hotel, Islamabad on the 27th of February 2017. The event wasattended by members of the government, energy sector, corporate executives, homeowners, academia, green architects and builders. The CEO started off with a presentation on the energy crisis in the developing world, and why the system was the right building block for a new form of clean power infrastructure. He demonstrated how the Smart Energy System has multiple features which allow it to be the most advanced solar and storage energy system in the global market. This presentation and demo was followed by a live experience zone, where the audience interacted directly with the systems and met with the SkyElectric technical team and management. SkyElectric plans to begin deploying systems byendMarch 2017. For queries please visit the website at https://www.skyelectric.com/contact/.

After Thai nourishment, it's regularly parts of nightlife in Thailand that individuals most discuss. In a culture that is frequently exceptionally responsive and tolerating of ... Read More

What wikipedia can't tell you about country song ringtones. Why concert events are on crack about concert events. The 10 worst songs about radio stations. ... Read More

Huawei Is The Largest Producer Of Broadband Network

Huawei Is The Largest Producer Of Broadband Network Lahore: 25 May, 2016: - The world is transforming into a highly connected place where distances do ... Read More