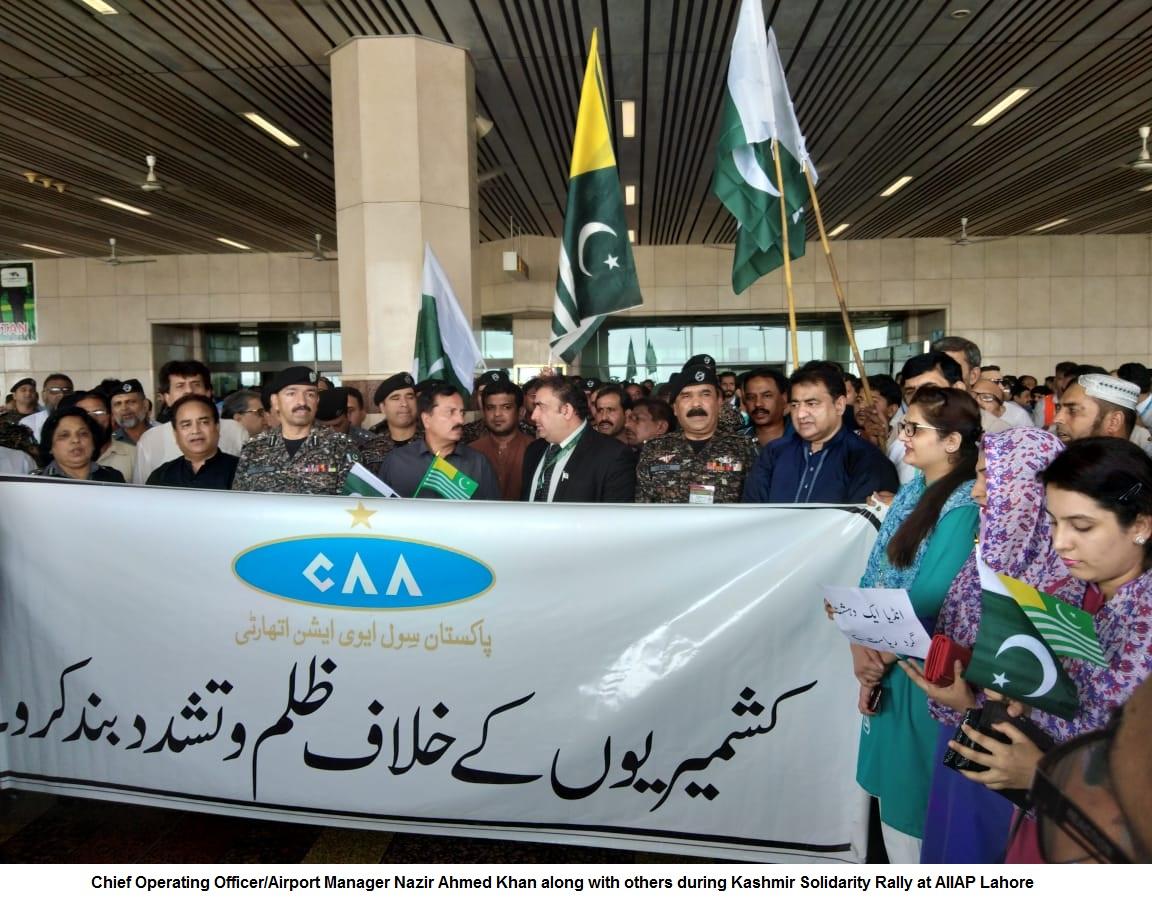 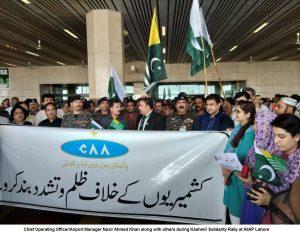 It was believed that Pakistan Civil Aviation Authority stood side by side with the Pakistani people in solidarity with the oppressed Kashmiris. In this regard, staff and officers of Civil Aviation Authority led by Nazir Ahmad Khan Chief Operating Officer / Airport Manager Allama Iqbal International Airport Lahore and Muhammad Anwar Zia Deputy Airport Manager expressed their solidarity with Kashmiri brethren. Airport Security Force, Station Managers all airlines and other departments were also the participants of the rallies. Banners were also raised in favor of Kashmiris at the Airport. Pakistan and Kashmir anthems were also read / played in the rallies. 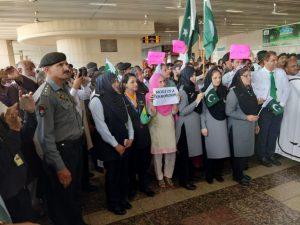 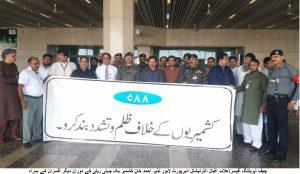 Pakistan taken a group of 23 diplomats and media to the Line of Control (LoC), including Azad Kashmir’s Jura Town to witness firsthand the fallacy ... Read More