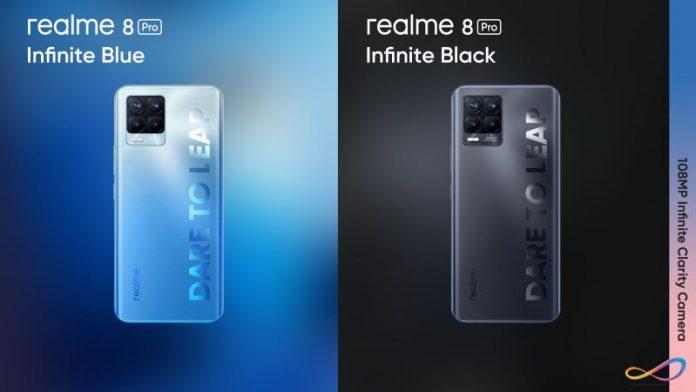 One of the most anticipated smartphone series, the new realme 8 series by realme has been launched in Pakistan. While much has been circulating across social media about its design and camera prowess, the product reviews have testified about the powerhouse smartphones i.e. the realme 8 Pro and the realme 8.

Here’s a round-up of the features that the technology reviewers liked the most:

The realme 8 Pro has enchanted technology reviewers and photographers alike. Sporting a 108MP Ultra Quad Camera with a Samsung HM2 Sensor and crystal clear photos with wide aperture. A 2MP Black & White Portrait Lens, which adds a nostalgic feel while the 2MP Macro Lens shoots from as close as 4cm.

On the other end is the realme 8’s AI Quad Camera with a 64MP super large sensor. The camera features of the realme 8 Series also include amazing pictorial and video modes to enhance photography and video-making experiences such as the Super Nightscape etc. and Dual-view Video etc. 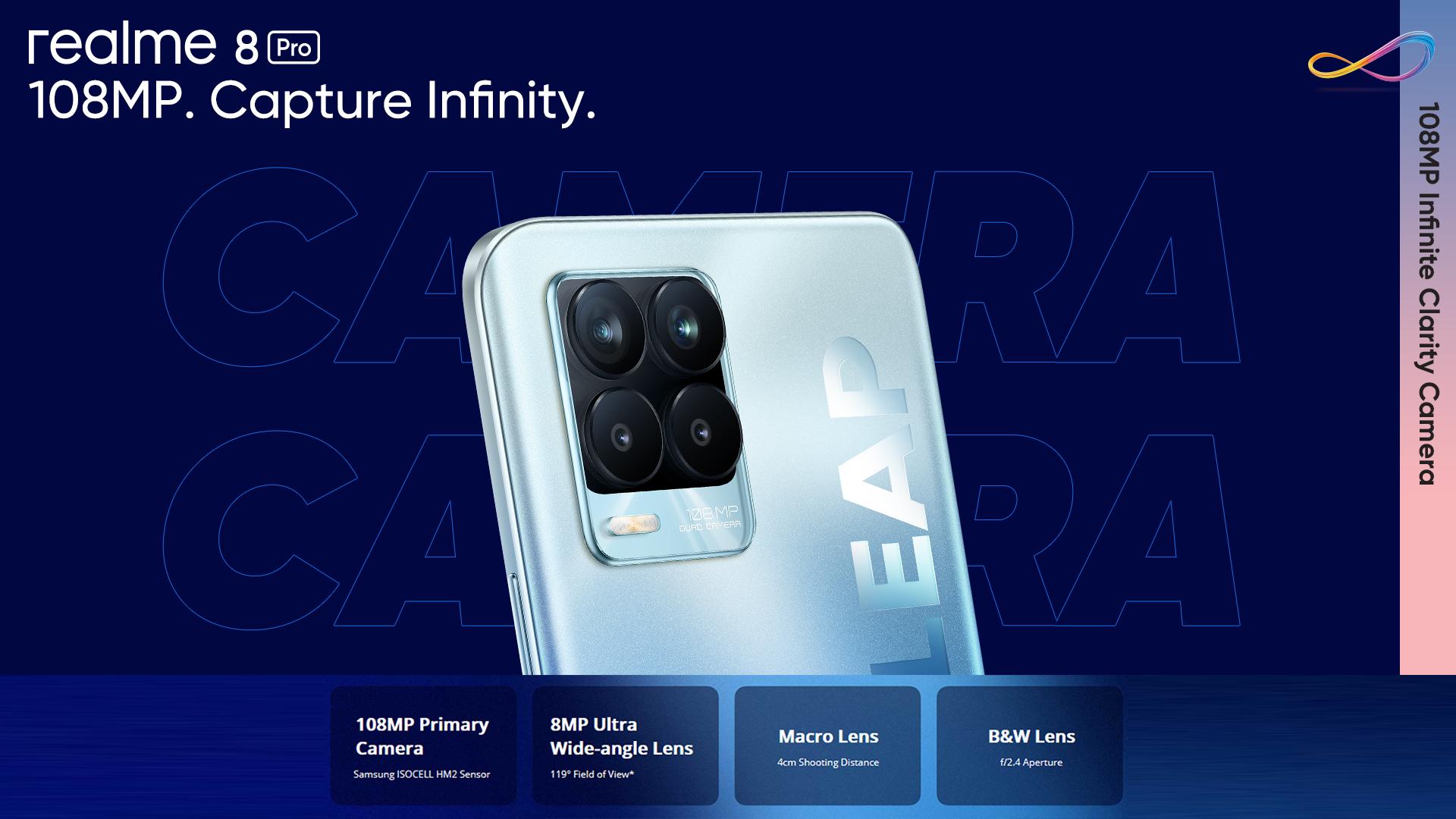 Another famous aspect with reviewers is the charging capability of the realme 8 Series. The realme 8 Pro comes with a 50W SuperDart Charge that takes 17 minutes to charge up to 50% and 47 minutes to 100% – if such a quick charging speed doesn’t quench one’s needs, then realme 8 Pro’s 4,500 mAh battery provides a longer-lasting performance with the Super Power Saving Mode.

The realme 8 is also a genuine battery king with its massive 5,000 mAh battery that gets charged by a 30W Dart Charge. 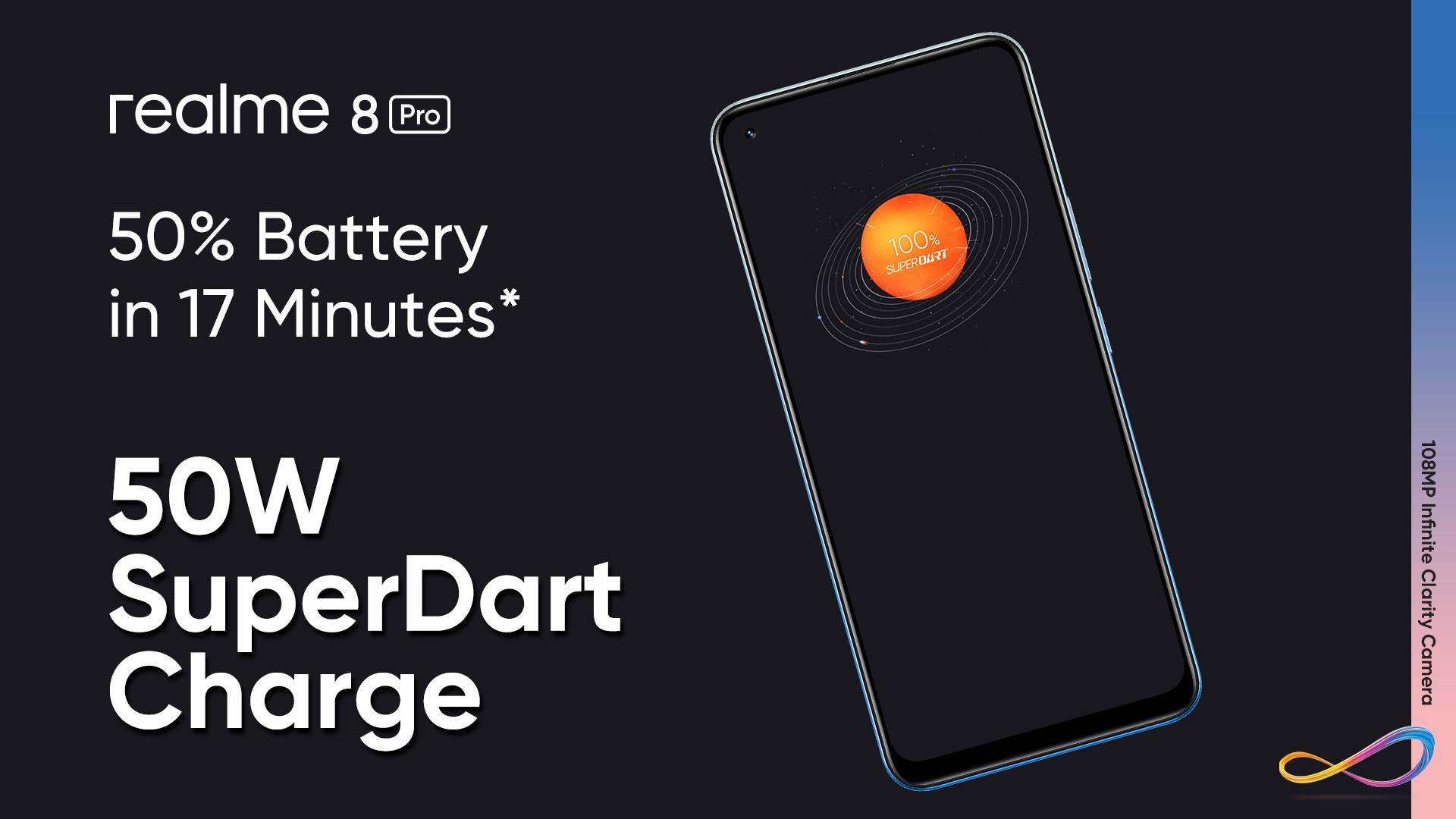 The realme 8 Series doesn’t only have a stunning imagery feature, but it also entices gamers with its solid gaming performance. The realme 8 has a MediaTek Helio G95 processor, exclusively designed for an incredible gaming experience. This processor is made using a 12nm process, making it one of the fastest 4G processors in its price category, giving a lag-free gaming performance with amazing graphics. 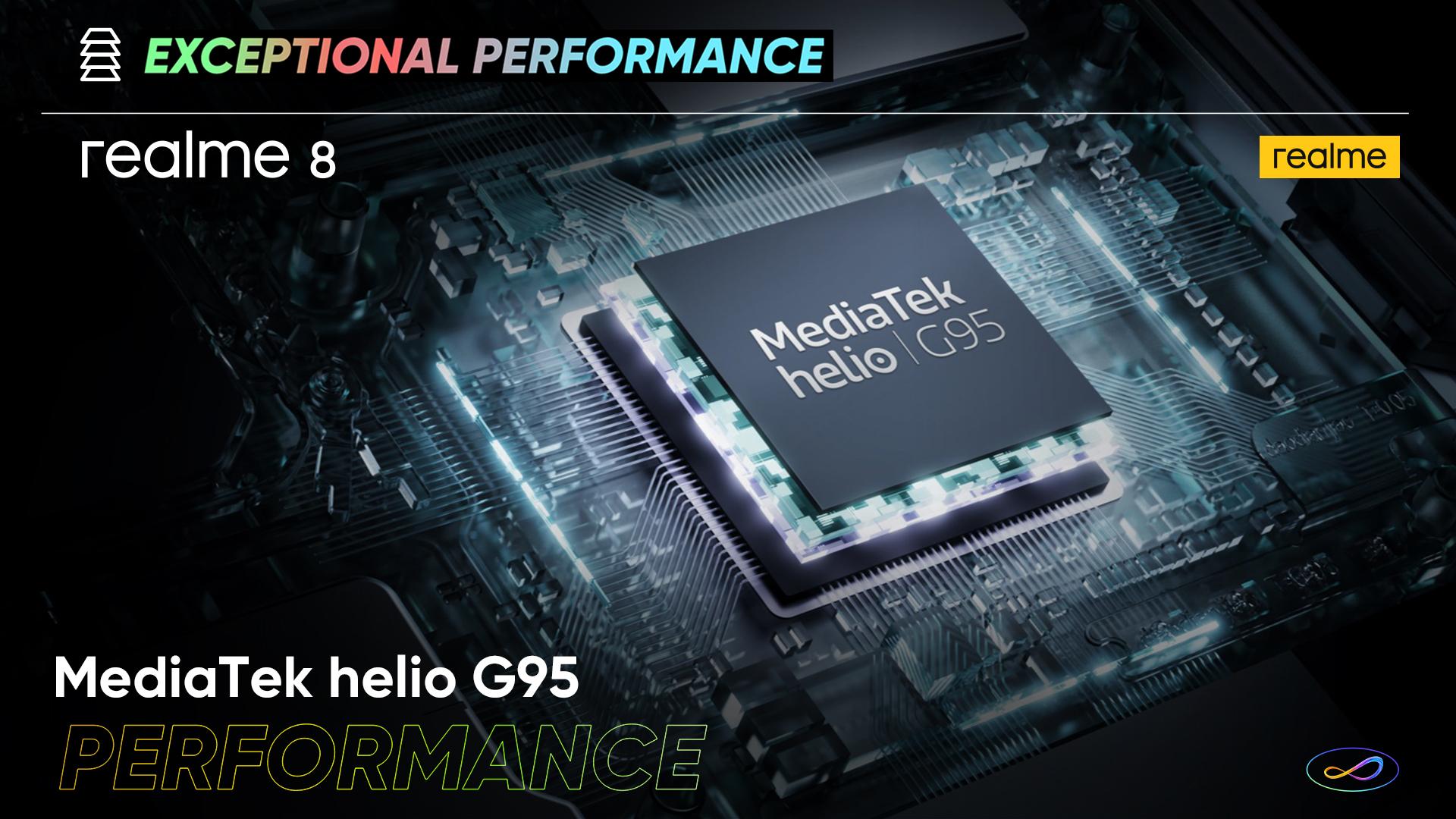 Giving one of the best displays in its price range, the realme 8 Series is a class apart. Both phones feature 6.4-inch (16.3cm) Super AMOLED Full screen displays, which are brighter and power-efficient. At the same time, the Super AMOLED screen is also equipped with a fast-unlocking in-display fingerprint sensor, which is secure yet seamless in getting into your phone. Moreover, the design of the phone surprised many people with realme’s slogan of Dare to Leap splashed on the back of the smartphone body. The Infinite Blue version of the realme 8 Pro and the Cyber Silver shade of realme 8 received the most praises. 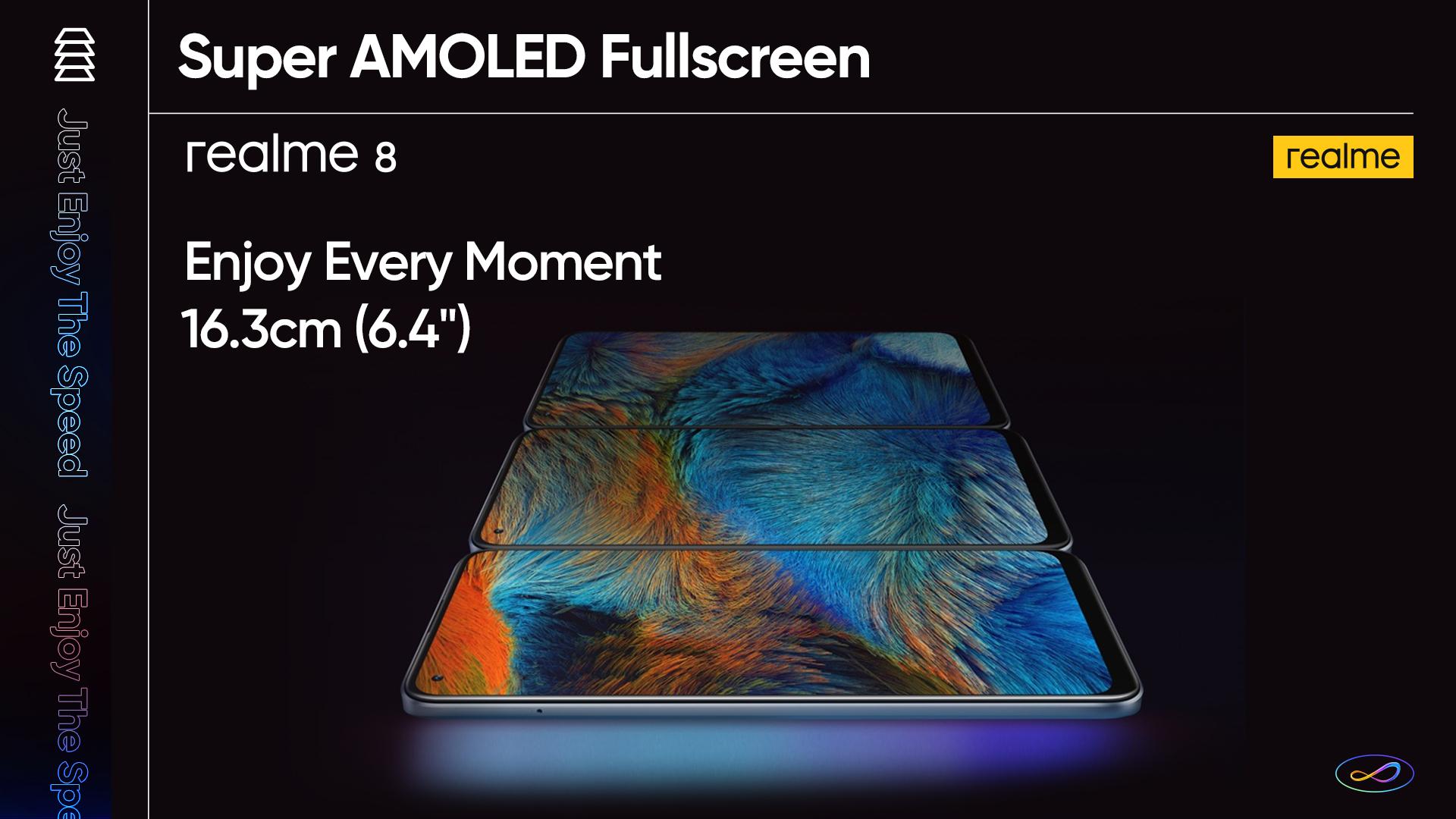 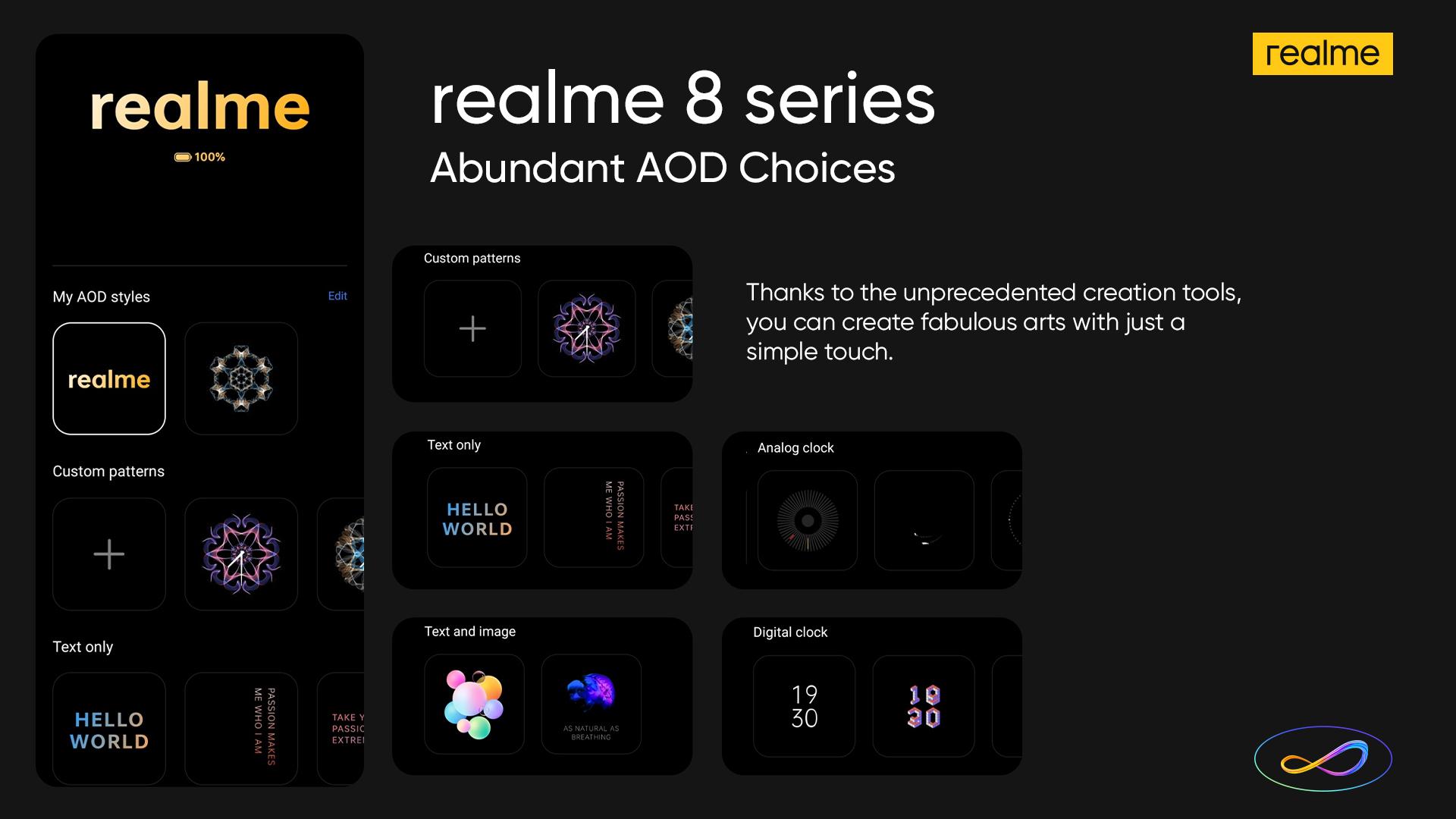 Now that the technology reviewers have spoken, people should leap ahead and get their realme 8 Series either from Daraz.pk or any offline shop. The realme 8 Pro comes for PKR 47,999/- while the realme 8 for PKR 39,999/-.

JS Bank signed an agreement with Paysys Labs to launch the first ever mobile based biometric solution in Pakistan, Instascan. The signing ceremony between...
Read more
Business

Islamabad 22nd Jan 2020: A media briefing session was organized by Ignite to showcase the achievements of its flagship program DigiSkills; an online portal...
Read more
Offers