ISLAMABAD: Heads of local governments from across Pakistan reiterated on Wednesday to bridge the gap between key nation Sustainable Development Goals (SDGs) indicators and global standards through constructive dialogue and cooperation with the Government of Pakistan.

”We shall accelerate this journey and reach the destination by synergising our role as public representatives with our responsibilities to our voters as enshrined in the SDGs,” said a joint statement issued by mayors, chairmen, chairpersons and nazims of different cities throughout the country on the second day of international conference ”Think Globally, Act Locally – SDGs’ Implementation through Local Governments.” 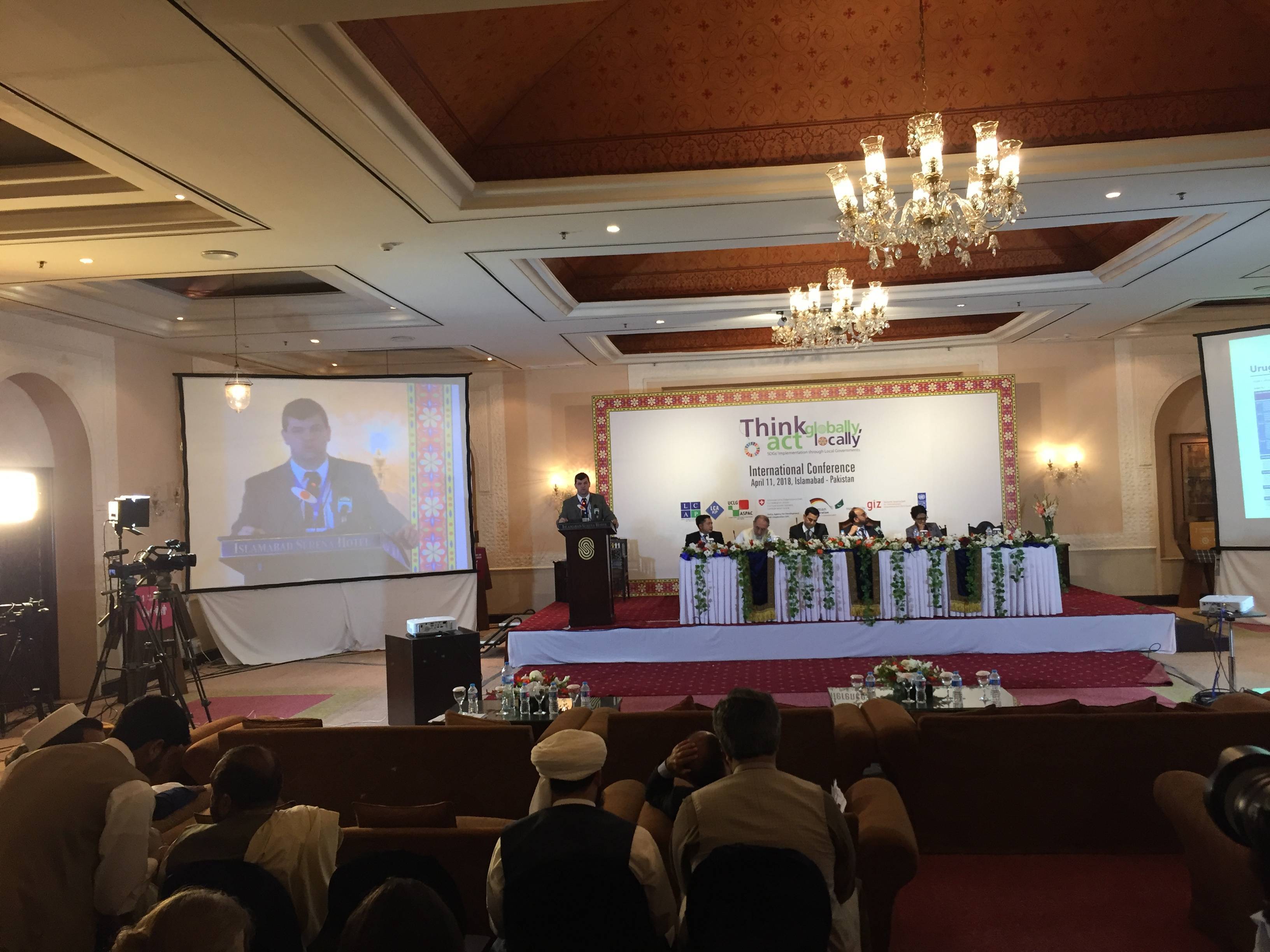 The three-day conference (April 10-12) has been organised by the United Cities and Local Government Asia Pacific (UCLG ASPAC) in collaboration with the Local Councils Associations of Khyber Pakhtunkhwa and Punjab Provinces of Pakistan. The conference is supported by German Development Cooperation and United Nations Development Programme (UNDP). 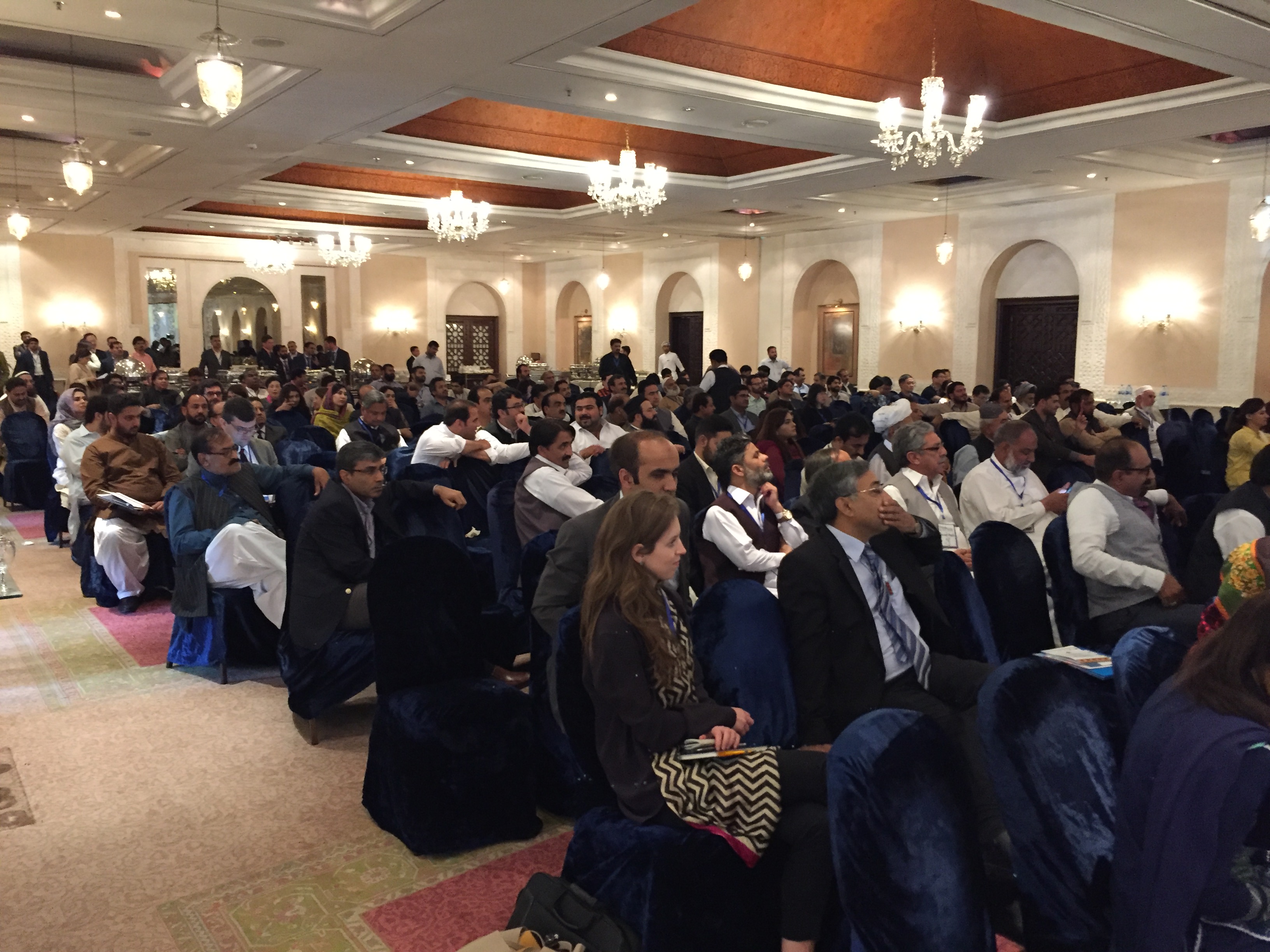 ”The path to a true people-centred, environment friendly and participatory national life lies through the local governments. The SDGs are milestones on this journey to national progress,” said the joint statement read out by Chairman District Council Sheikhupura and Member Local Councils Associations of Punjab (LCAP) Rana Ahmad Atteeq Anwer. 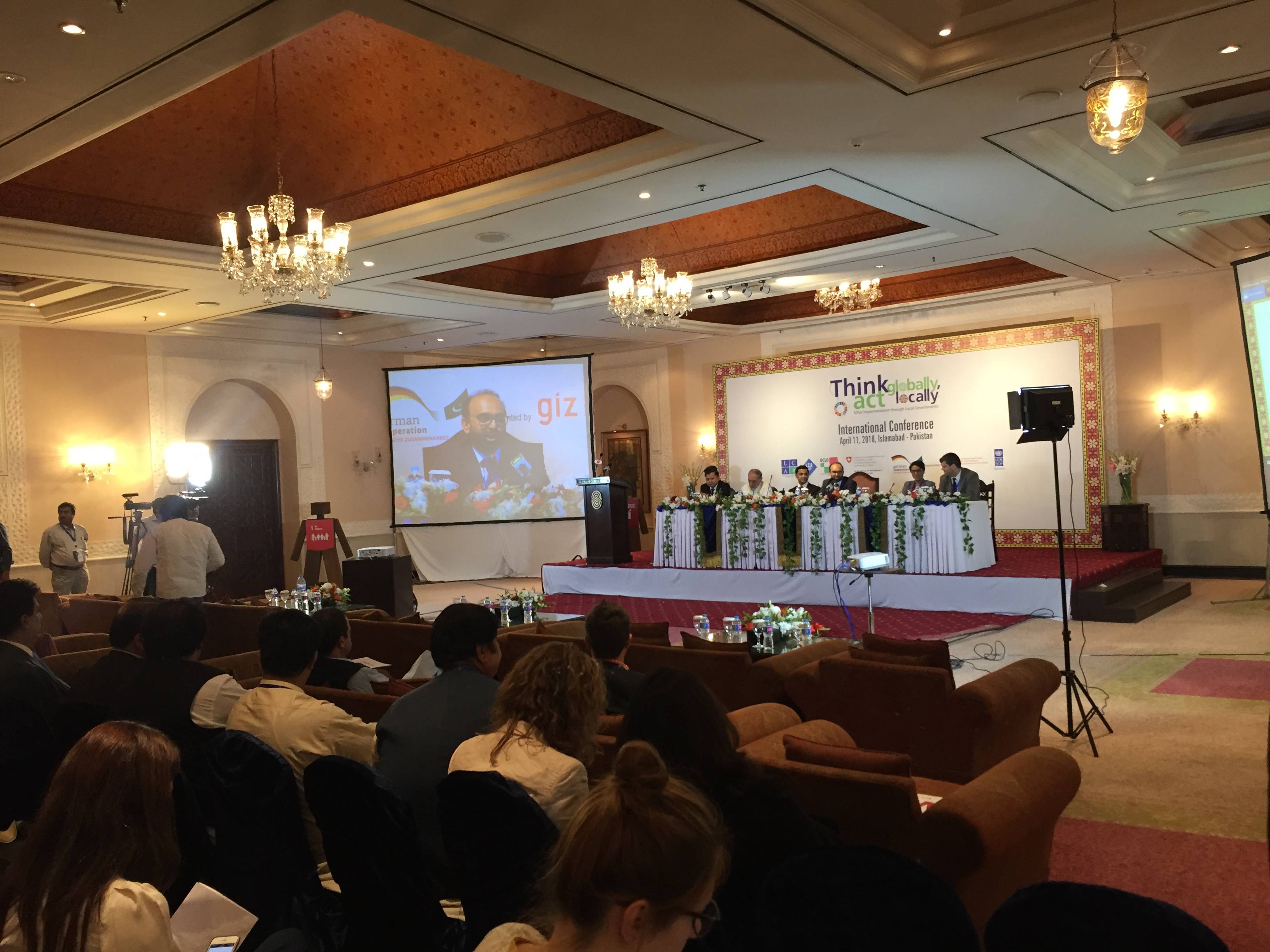 Speaking on the occasion, Deputy Chairman Planning Commission Sartaj Aziz said achieving the SDGs was only possible with mutual cooperation between federal, provincial and local governments as well as community organisations. A parliamentary committee has been established to implement SDGs, he said. ”Federal government is striving to achieve all the 17 SDGs some of which would be implemented soon,” the deputy chairman said adding that approval to achieve national goals was acquired by National Economic Council two months back.  ”Mutual cooperation is more important than money. Provinces have also set up designated units for SDGs’ implementation. Achieving economic goals is part of federal government’s SDGs’ implementation initiatives.”

President Local Councils Associations of Khyber Pakhtunkhwa (LCAKP) and District Nazim Mardan Himayatullah Mayar said the local governments in Pakistan are still in their infancy and therefore can learn significantly from international experiences. ”Together we can carve out a strategy for us to accelerate SDGs’ implementation at local level. We hope that by the end of this conference, we will collectively be able to contribute effectively to 2030 Agenda and forge partnerships and cooperation to achieve our future vision.”

”Local government bodies have a critical role to play as a bridge between national governments and citizens as well as in global partnership to improve wellbeing of the citizens.”

Country Director UNDP Mr Ignacio Artaza said the global mandate of local governments, irrespective of region and country, is to serve the people locally. ”But this cannot be done unless the local governments are provided with the necessary financial and human resources as well as the instruments and capacities to discharge their duty effectively. ”This conference can play a vital role to bridge the knowledge and capacity gaps among the local governments.”

Later in the day, the delegates submitted their related recommendations to Prime Minister of Pakistan Shahid Khaqan Abbasi who chaired the closing session.

On the sidelines, sessions were held to discuss the importance of SDGs implementation through local governments and map out ways and means accordingly, separately chaired by Punjab’s Finance Minister Ayesha Ghaus Pasha, Khyber Pakhtunkhwa’s Local Government Minister Inayatullah Khan among other figures.

More than 60 delegates from over a dozen countries worldwide including mayors of the cities of England, Russia, Turkey, China, Korea, Taiwan, Thailand, Sri Lanka, Malaysia, Indonesia, Nepal and Afghanistan, directors of United Nations agencies, envoys of European Union and other regional and international cooperation agencies are attending the conference.

Divided into different sessions including speeches, presentations, interactive sessions, group discussions, study tours and informal discussions, the conference discusses the important role of local governments in responding to Agenda 2030 and the challenges local governments face in the implementation, monitoring and financing the 17 Sustainable Development Goals. It provides insights into best practices to serve as an opportunity to engage in constructive dialogue, form partnerships and create networks. En Route to Better and Bigger