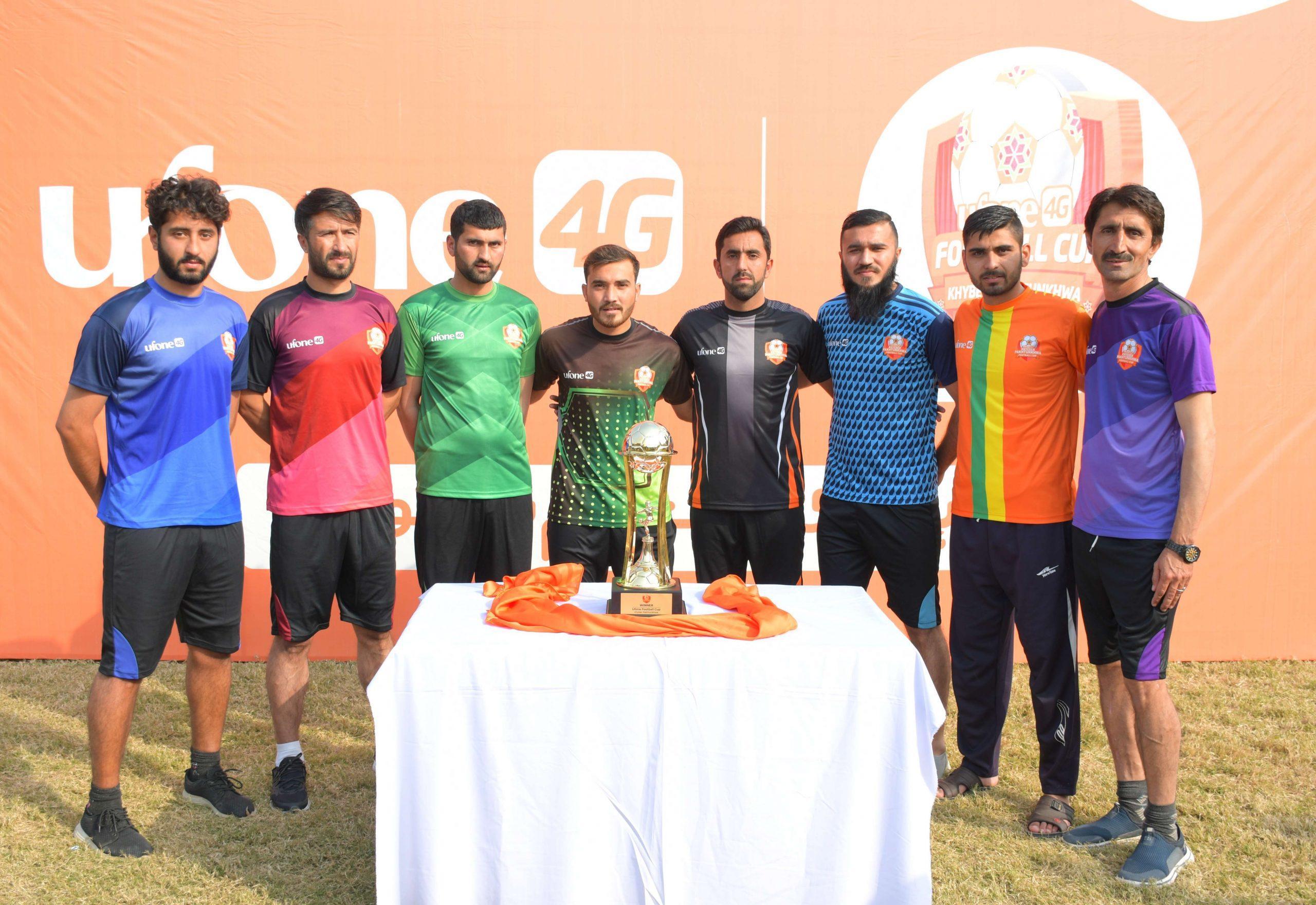 The Super 8 line up of Ufone 4G Khyber Pakhtunkhwa Football Cup 2021 is complete as was depicted by the coming together of the captains of all eight successful teams for trophy unveiling at the iconic Tehmas Khan Stadium, Peshawar.

Following the conclusion of the Eliminator round at the regional level, DFA Charsadda, DFA Abbottabad, Aatish Tank, DFA Chitral, DFA Karak, DFA Mardan, DFA Bannu and DFA Waziristan Combined have qualified for the Super 8 round. The captains of the successful teams participated in the trophy unveiling ceremony at the Tehmas Khan Stadium, Peshawar that was draped in Ufone 4G’s signature orange theme, whilst superior upkeep of the venue was ensured to deliver a day and night floodlight footballing experience to players and spectators alike.

To mark the beginning of Super 8 rounds of the Khyber Pakhtunkhwa edition, official anthem for Ufone 4G Football Cup 2021 ‘Tu Khel Ja’ was played in the stadium. The soul lifting melody beautifully captures the enthusiasm for sports and passion for self-actualization as it encourages the players to unleash their untapped flair and potential. The song is a collaborative venture amongst local talent from Balochistan and Khyber Pakhtunkhwa, who earlier composed anthems for local editions of the tournament. The visual work is equally delightful and succeeds at showcasing how the rich sporting culture unifies the two distinct regions.

The anthem will keep echoing throughout the rest of the tournament and even after. The Super 8 round of the tournament will be played from tomorrow, Wednesday, Dec 8, 2021 and Thursday, Dec 9, 2021 at the Tehmas Khan Stadium Peshawar. On the first day DFA Charsadda will face DFA Abbottabad, while Aatish Tank will play against DFA Chitral. The next day, DFA Karak will fight it out against DFA Mardan, while DFA Bannu will face off against DFA Waziristan Combined for the coveted Semi Final slots.

CRI Group which is one of leading partners in due diligence and background screenings for corporate sector, to hold 3rd Anti-Bribery & Anti-Corruption Summit on ... Read More