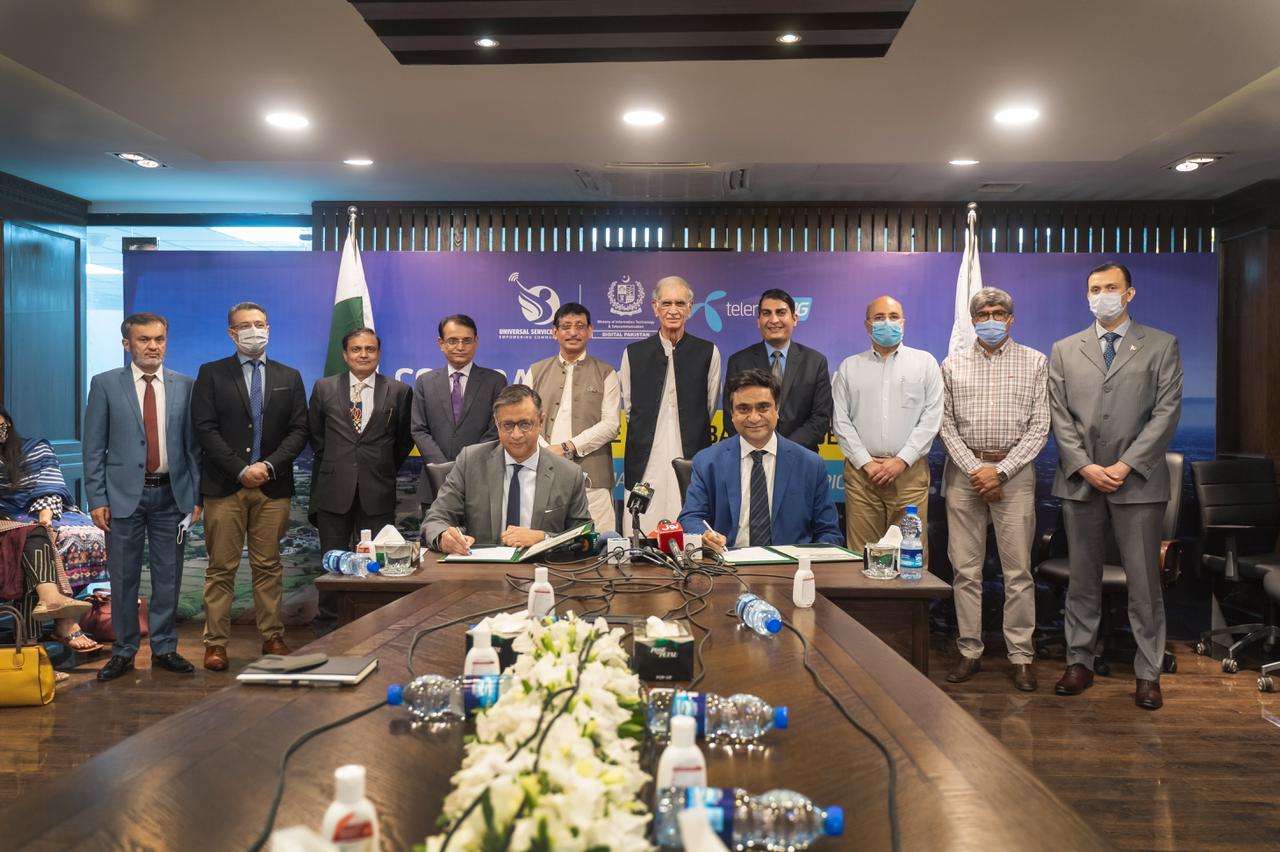 The rapid development by MoiTT, testament to the progress towards Digital Pakistan Vision, Pervez Khattak

Chief Guest of the ceremony, Syed Amin Ul Haque, Federal Minister for IT and Telecommunication said, “We have not made claims and promises but through practical steps have done what was never imagined before in the Ministry of IT and Telecommunication. The proof is that in the last financial year, we have contracted 25 projects worth over PKR 31 billion for the provision of high speed broadband services and laying of optical fiber cable in unserved and underserved areas of the country. While the number of projects has been increased to 30 in the current financial year, this process will not stop here, rather the performance of all the institutions under the Ministry of IT and Telecommunication for the fulfillment of Digital Pakistan vision is becoming an example with each passing day.”

Syed Amin Ul Haque said, “Mobile operators provide networking and broadband services in cities but in scattered or sparsely populated areas it is difficult for them to work from a business point of view. In such cases, the Ministry of IT and Telecommunication through USF not only identifies such areas but also pays subsidy that covers 80 to 90 percent of the project costs. We believe that the residents of remote areas are entitled to high speed mobile internet as much as city dwellers.” Moreover, he congratulated the residents of Charsadda, Swabi, Nowshera and Mardan and said that they will soon have the best mobile network and fastest internet service to connect themselves to the digital world. He also added that the project will be completed within the stipulated time.

While addressing the ceremony, Pervez Khattak, Federal Minister for Defense, an elected member of PTI from NA-25 Nowshera said that the people of Khyber Pakhtunkhwa districts are no less than any other big city in terms of capabilities. The high speed mobile broadband services in Charsadda, Swabi, Mardan and Nowshera will help the youth of these districts in the field of education and serve the country and the nation. Further, he added that the role of Ministry of IT and Telecommunication in fulfilling the Prime Minister’s Digital Pakistan vision is significant and commendable for which Federal Minister Syed Amin Ul Haque deserves congratulations. 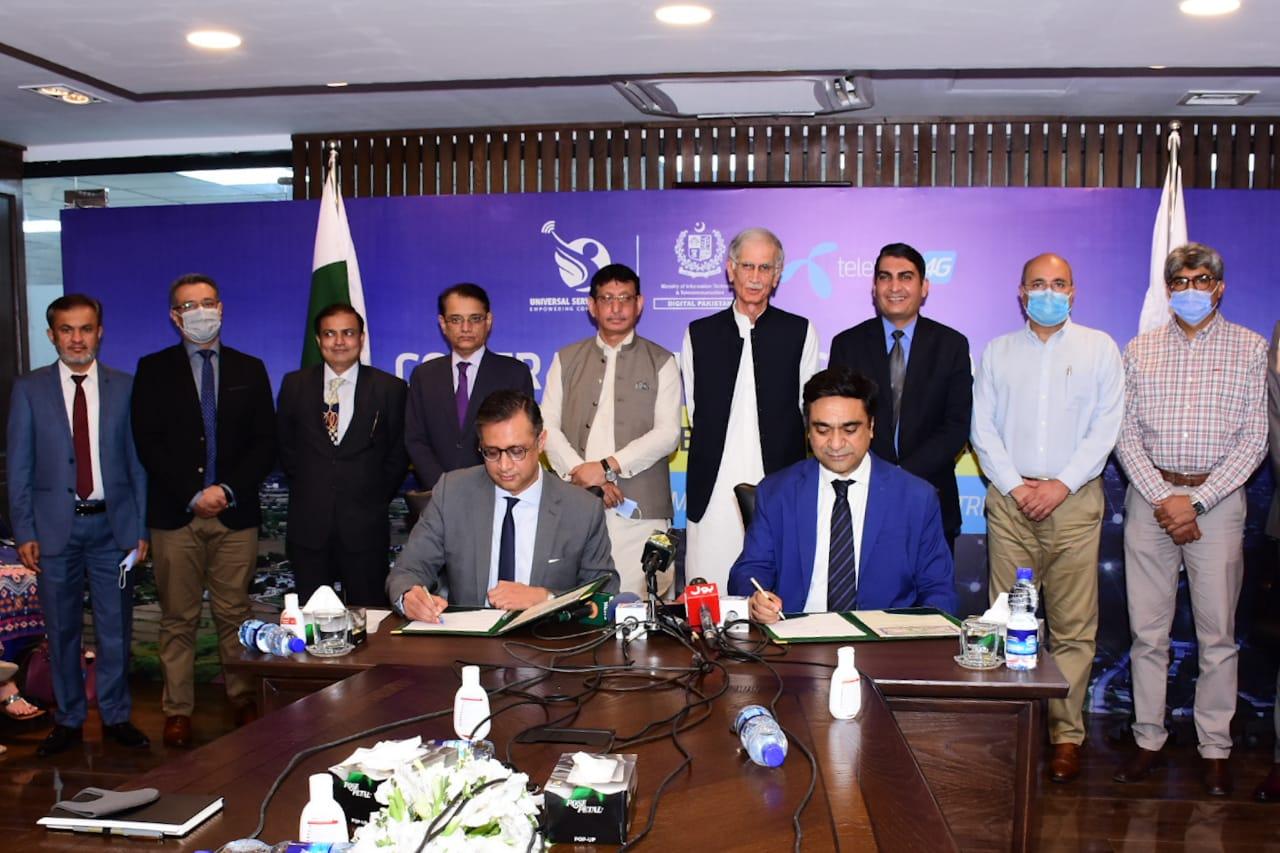 Irfan Wahab Khan, CEO of Telenor Pakistan, expressed, “Connectivity has fast become a fundamental need in the digital world today, and we strive to bring it to every Pakistani’s life. Together with USF, Telenor Pakistan has signed a contract to bring high-speed mobile internet to the underserved regions.”

Earlier, Haaris Mahmood Chaudhary, CEO of USF, in his  welcome address said, “Without the constant support of Federal Minister for IT and Telecommunication, Syed Amin ul Haque, it would not have been possible for USF to launch 25 projects in last fiscal year. As a result of the encouragement, we are going to launch 30 more projects in current financial year. This project in Khyber Pakhtunkhwa will benefit an unserved population of 0.16 million in 70 unserved mauzas, thereby covering an unserved area of 778 sq. km. of Nowshera, Mardan, Swabi and Charsadda districts. I assure you that the project will be completed in a short span of 16 months.”

A1 esports from Bangladesh and ASL Team from Nepal rise to the ultimate challenge PUBG MOBILE’s most eagerly-awaited tournament of the year, the PUBG MOBILE ... Read More

NEWER POSTJazz 100% vaccinated against COVID-19
OLDER POSTHere’s What the Tech Experts Have to Say About the New vivo V21 Series!