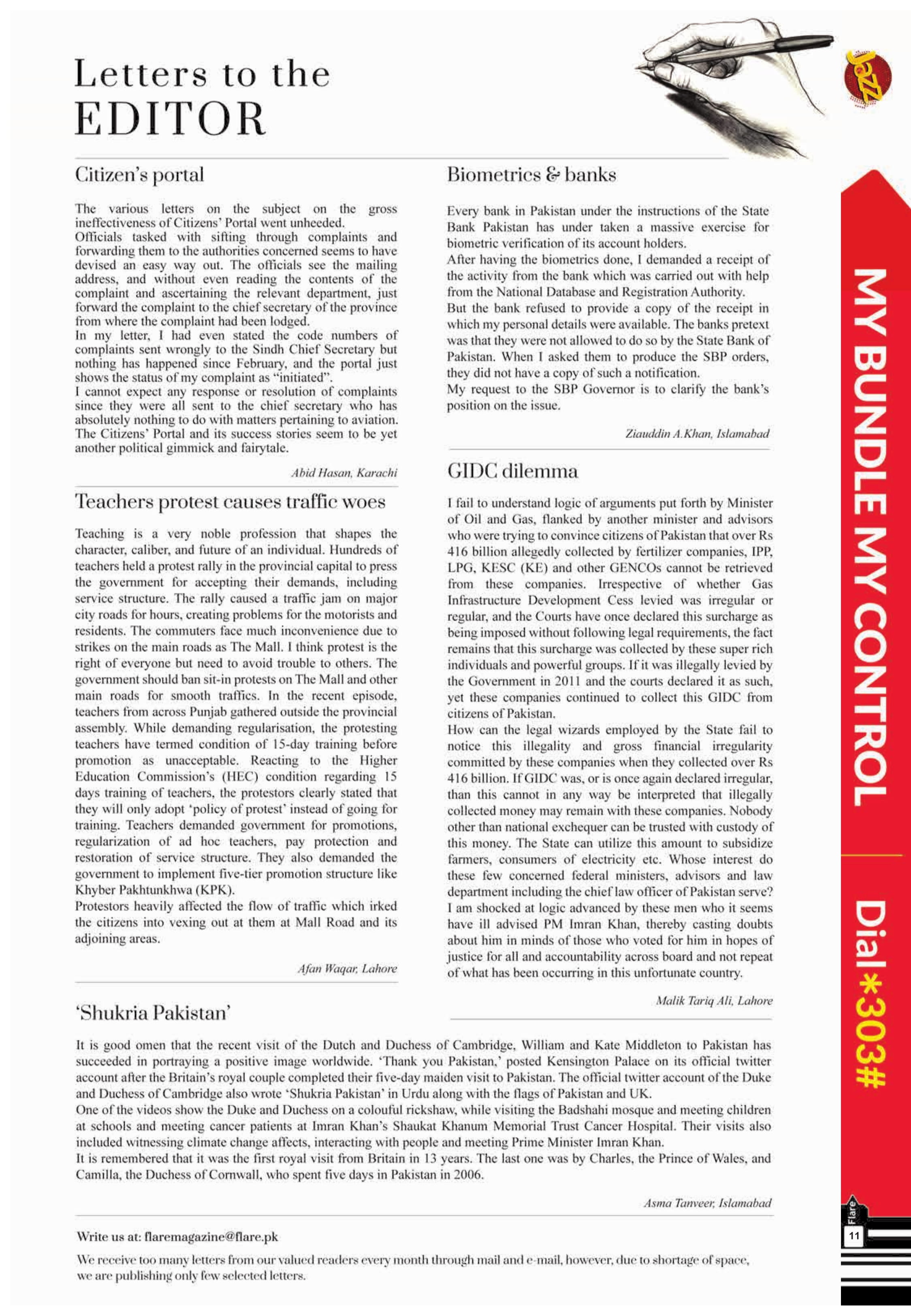 The various letters on the subject on the gross ineffectiveness of Citizens’ Portal went unheeded.

The various letters on the subject on the gross ineffectiveness of Citizens’ Portal went unheeded.

Officials tasked with sifting through complaints and forwarding them to the authorities concerned seems to have devised an easy way out. The officials see the mailing address, and without even reading the contents of the complaint and ascertaining the relevant department, just forward the complaint to the chief secretary of the province from where the complaint had been lodged. 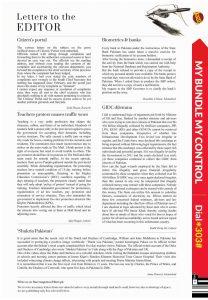 In my letter, I had even stated the code numbers of complaints sent wrongly to the Sindh Chief Secretary but nothing has happened since February, and the portal just shows the status of my complaint as “initiated”.

I cannot expect any response or resolution of complaints since they were all sent to the chief secretary who has absolutely nothing to do with matters pertaining to aviation.

The Citizens’ Portal and its success stories seem to be yet another political gimmick and fairytale.-Abid Hasan, Karachi

Taking the Menace of Gas Theft Head on

Natural gas is the biggest source of primary energy with a share of 48% in Pakistan’s energy mix. Pakistan can also boast of possessing one ... Read More