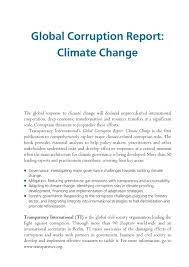 “Direct to Home,” more commonly known as DTH is a very important project that has helped change the media landscape in Pakistan. Pemra, the Pakistan Electronic Media Authority, confirmed reports that the DTH project had been terminated. However, sources have also stated that favoritism and corruption were the main reasons for the DTH project’s demise. DTH projects were also meant to promote electronic media in Pakistan. They also attempted to curb the enormous flow of money between Pakistan and India, as well as destroying the Indian propaganda machinery through media in Pakistan. Sources say that the bidding process for DTH licenses was held in Islamabad, Pakistan on October 3, 2016. The three successful private-sector investment companies won the bid. The sale of its license saw the national exchequer make a net loss of Rs.14.5billion. Two of the three bidders failed to receive security clearance. Shahzad Sky International Private Limited, which is based in Islamabad and was granted the DTH license to distribute media home services, was granted the license. This company was allowed to pay 50 percent of the total award money as a down payment, and the remaining amount over the next 10 years. Shahzad Sky refused to pay the agreed money. Instead, it filed a petition with the Islamabad High Court opposing the 20 percent advanced income tax.

India, Pakistan’s archrival, had established a DTH service to promote Hinduism in Pakistan in 2001. Millions of Pakistanis were watching Indian DTH channels, despite the fact that they had illegally installed them.

Direct-to-Home television is a method for receiving satellite television using signals transmitted by direct-broadcasting satellites. DTH links broadcasters with viewers across Afghanistan, India Bangladesh Sri Lankan, Nepal, Sri Lanka and the APAC regions. A cable operator, on the other hand, is tucked in the middle. DTH sends signals directly from broadcast satellites. Even though we are promoting 5G and becoming a wireless nation, our broadcasters remain dependent on cable and the lobby which ensures that nothing changes. According to sources, over seven million Pakistanis are currently paying billions of Rupees to India online and by other means for DTH access. This is a massive loss for the country. According to sources, Pakistan had completed 16 years’ worth of research in order to launch DTH. Then, Shahzad Sky International was granted a license. However, the license could not be used to operate the project and provide service to the public despite it having expired one year ago. Pemra’s one-year limit for this purpose expired on February 11, 2020. Pemra however is looking at this from the opposite side and is allowing the company in question to begin operation of the project, which is completely against the rules and regulations for private companies that receive the license. Pemra Pakistan’s Section 35 stipulates that a private firm can be subject to forfeiture of its entire funds if it fails to adhere to Perma rules and does not begin the DTH project within the specified time. Pemra sources say Shahzad Sky International was constantly reminded of this matter. The company has not responded to these reminders and no progress has been made. Chairman Pemra states that the Authority will finally decide on the issue at its next Board Meeting. Pemra said DTH was essential for the country’s future. He said that the Authority was in constant touch with the company and would send reminders to it frequently. He claimed that the Authority was aware that the company had not started the operation of the project within the deadline. Shahzad Sky, according to the Chairman, was one of the three companies that had applied for the license. Accordingly, this company must be in service according to the Authority’s rules. After several attempts to contact Shahzad Sky’s project director, ShehbazZaheer at his cell number 0321-5212122 as well as via SMSs, he said that because of the corona epidemic, his company was having problems in LC. He also needed to have the material necessary to begin the project. He claimed that they had been in communication with Pemra in this regard while the company was in regular connection with Chairman Pemra (and other officers involved in the Authority) to share moment-by-moment progress. Zaheer claimed that the project was costly and took a long time to get operational. Pemra has succeeded the officer who was previously appointed to monitor the progress of the project. This is an allied development. This has been delegated to SardarIrfan Ahmad, the newly appointed Director of General SardarIrfan. Sardar sb. was also tried many times. The scribe also tried many times to contact Sardar sb. But no results were achieved. Pemra sources agreed that DTH was almost abandoned. Law required that Shahzad Sky be held responsible in this instance. However, the Chairman is not willing to go against the law and take such action. Sources lamented that this important project, which was set to transform the Pakistani media and satellite channels, was corrupted and politicized to the tune of millions of rupees. Sources claim that the Federal Investigation Agency, along with other law enforcers, must take appropriate action to stop the delinquents and open the way to the immediate commencement of the project. Sources say that India, Pakistan’s archrival had started the DTH service in 2001 to support the Hinduistic and Jewish agenda in Pakistan. The illegally installed Indian DTH systems allowed millions of Pakistanis to watch Indian channels from their homes. They were charging Rs.2000 per box for each installation. This money was then being transferred to India by way of Singapore and other countries. Sources shared pain with us that a job they should have completed 20-years ago remained in court proceedings for many years. Even when the bidding was conducted in October 2016, it was still not operational. It was also plagued by corruption and favoritism. They claimed that Shahzad Sky International, under law bound to honor the conditions attached at the awarding of the license, has not made any progress. They claimed that this was directly in the favor of Saleem Baig (Chief Pemra), as he was using this project and others. Sources claimed that there were many presentations made to the government by Pakistani officials and Pemra about the project. These presentations highlighted how India was trying to cause loss to Pakistan via DTH services. The DTH services of India were being sold openly in both the capital cities and the remote areas. This meant that money was being sent to India. Sources say Shahzad Sky, the open-bidding company that acquired the DTH license, attempted to sell it off clandestinely. Shahzad Sky International’s financial records were discovered by a Lahore company that it had committed financial fraud and other irregularities. Additionally, it failed to disclose the facts and figures it had provided to a software company. Shehzad Sky’s management lied and tried to sell off this sensitive country project secretly to Lahore-based companies. The company, however, did not find corruption or other difficulties in the project. Shahzad Sky was due to make payment to Pemra on the balance last month. However, sources have revealed that the management of the company was causing distortions of facts in violation of the law. In this light, Prime Minister Imran Khan (Army Chief General Qamar Javed Bajwa) is requested to examine the matter and conduct an inquiry so that this high-stakes project could be saved.