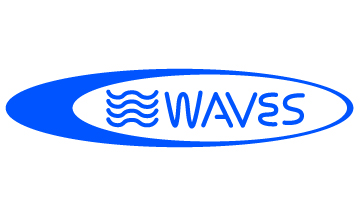 Karachi (May 16, 2018): As reported in the media, a tragic fire broke out on Friday, 11th May 2018 at the production facility of Waves factory Pakistan. By the grace of God Almighty and the timely protective measures taken by the administration, there were no casualties. The initial assessment of the cause of fire outbreak was short circuiting. The fire initiated at the dispatch area and engulfed various parts of the production facility where some of the finished products were placed.
Most of the production machinery remained safe. Since raw materials and most of the finished goods inventory were stored in off-site warehouses, all these were unharmed. The assets damaged by the fire had been fully insured.
According to initial estimate, production of refrigerators will resume in a few weeks, while that of the deep freezers, in which the company is leading the market, will recommence even earlier. With finished goods inventory of the products in hand, market supplies will not be affected. Therefore, Waves home appliances will be easily available in the market. Production facilities of air conditioners, microwave oven and washing machines remained un-affected and are continuing un-interruptedly.
Thanking you for your prayers and cooperation!

A Favourite with the Experts – the all new realme 8 Series Wins Accolades at the Influencer Roundtable Catch the launch event of realme 8 ... Read More

LUMS Students get an Insight on Zong 4G’s Evolution

LUMS Students get an Insight on Zong 4G’s Evolution 16th May 2018: Zong 4G continues to embark on its journey to create awareness pertinent 4G ... Read More