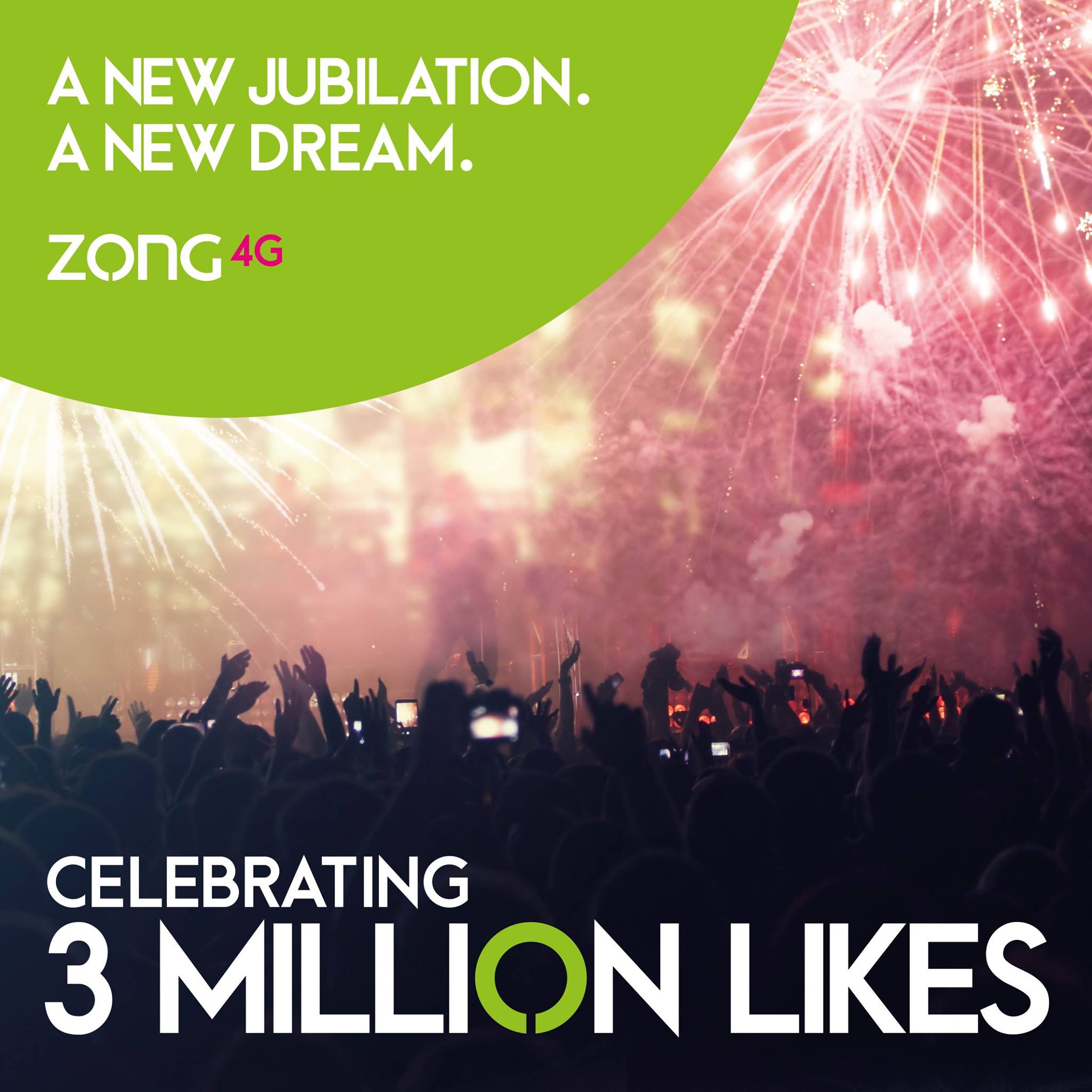 Zong, Pakistan’s leading 4G network has reached 3 million likes on its Facebook page. The company prides itself on maintaining a strong social media presence on diverse social media platforms including Facebook, Twitter and Linkedin. This achievement is a testament of Zong’s growing popularity among cellular subscribers, particularly the youth, who comprise the largest users of social media in Pakistan. After this achievement, Zong now ranks in second place among Telecom companies in terms of likes on its Facebook page which reflects on the organization’s popularity and likeness amongst its subscribers Recently the company has substantially increased its coverage and capacity throughout the country, especially in its 3G/4G coverage map. The increased investment has yielded in more customer satisfaction and greater than good network quality which has been particularly liked by the customer.Zong is the leading 4G Telecom service provider with over 2.8 Million 4G subscribers and 4G coverage in nearly 300 cities of Pakistan. The company has recently committed to invest over $200 Million in Pakistan for network expansion in the country