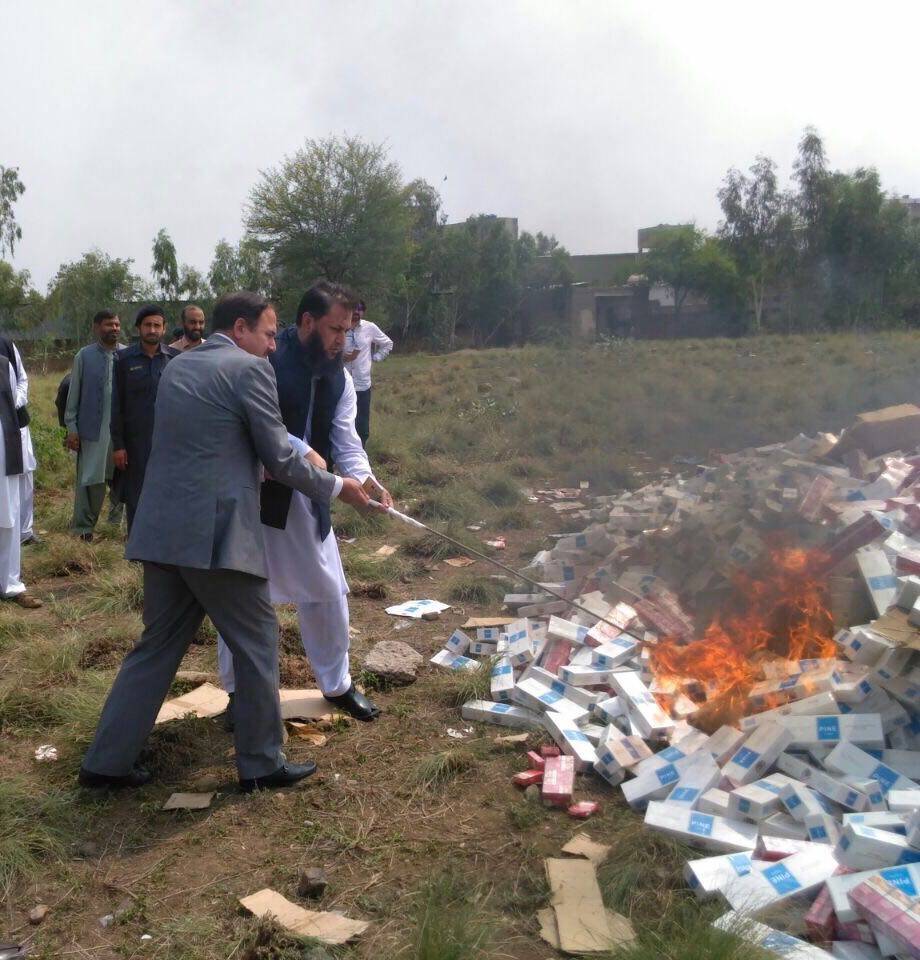 Lahore: August 23, 2017: Directorate of Intelligence and Investigations FBR has destroyed the 10.20 million counterfeit cigarettes in Peshawar.

The cigarettes seized for the reasons of the counterfeiting were duly confiscated outright under section 27(1) of the federal excise act 2005. The directorate burnt the cigarettes in order to destroy the illegal cigarettes stock from further use. Media, industry and other relevant authorities witnessed the burning of counterfeit cigarettes.