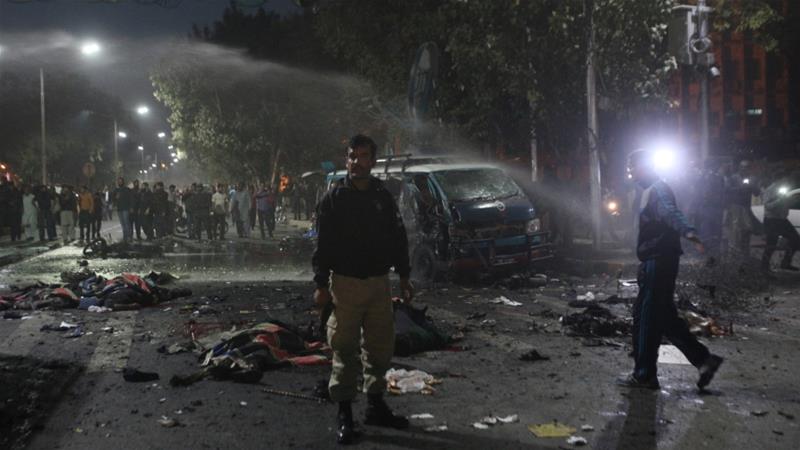 Lahore: February 14, 2017: The All Pakistan Business Forum (APBF) President Ibrahim Qureshi, condemning the brutal bomb attack on The Mall, has expressed his heart-felt condolences to the families of the police officers and other innocent people, who lost their lives in this cowardly act of terrorism. The APBF office-bearers also offered Fateh for those who lost their lives in blast.He asked the government to take a strict stand to eliminate terrorism, as loss of precious innocent lives was intolerable who were mostly police officers and traders of pharma sector, protesting to redress their demands. He termed the terrorist attack as an ugly attempt to destabilize country aimed at creating an impression of unsafe place in the eyes of international community.I would like to offer my sympathies to the unfortunate victims of this ruthless terrorist attack, and assure them that the APBF will stand hand-in-hand with the affected families in this darkest hour, he added.He said that APBF denounces every act of terrorism and violence in the country, while we urge the authorities concerned to provide complete medical support and generous compensation for the victims. The law-enforcement authorities must ensure stronger vigilance and security to bring an end to such terror incidents in the country.Ibrahim Qureshi urged the government to cope with such incidents with an iron hands, jolting the whole the country and delaying to take a strong stand against terrorists would cause severe damage to Pakistan, he added.He said that the blast would not only tarnish the image of the country globally but would also dent the economy of Pakistan.

Pakistani cellular company Ufone has announced that the third edition of the Ufone Balochistan Football Cup will commence today (March 07) from Noshki The tournament ... Read More

TECNO is all set to launch its new Camon 17 series in Pakistan. The series includes two phones, Camon 17 and Camon 17 Pro that ... Read More