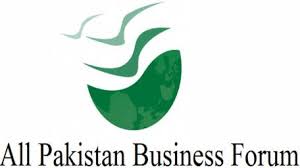 Septemebr 22, 2017 – LAHORE : Rejecting the hike in electricity tariff by the National Electric Power Regulatory Authority on pressure of Power Distribution Companies, the All Pakistan Business Forum has asked the authorities to reduce electricity and gas tariff particularly for the industry in Punjab.

While presiding over the executive committee meeting, APBF president Ibrahim Qureshi criticized the National Electric Power Regulatory Authority (Nepra) which has allowed an increase of 48 paisa per unit in the average electricity tariff for Discos for 2015-16, allowing them an additional burden of more than Rs24.34 billion on consumers or additional revenue for Discos. The DISCOs were also demanding hike of Rs.225 billion as an additional revenue for them on account of higher losses, non-recovery of bills, late payment surcharge etc.

At a time when country’s trade deficit was further stretched by 34% during 2MFY18 to $6.3b against $4.7b in same period of last year owing to rise in imports and slow exports growth amidst high cost of doing business the proposed hike in power tariff is very unfortunate. He said that the much hyped textile package has so far proven ineffective in providing sufficient respite.

Quoting the latest figures, he said that current account deficit swelled during FY17 due to continuous growth in imports by 18% amidst decline in exports as growth in textile group remains muted. Further, drop in workers’ remittances by 3% also eroded the external account position, he added.

He said that export-oriented industry of Punjab needs special attention as presently it is facing high cost of doing business. He said that business-friendly initiatives of the government could enable this industry to grow and increase its productivity. He said that the officials concerned should take the private sector on board in important decision-making.

Ibrahim Qureshi said that the industry is fast heading towards the total closure only because of high cost of gas and electricity. The meeting asked the government to impose a uniform electricity and gas tariff across the country; as discrimination in utility prices is hitting the industry of Punjab hard.

APBF president said that the government’s move is against its manifesto of economic revival and poverty alleviation. He said average electricity tariff for industry in the region is below 10 cents against 14.4 cents in Pakistan, as power tariff cost in China, India, Bangladesh and Sri Lanka is 8.5 cents, 11.3 cents, 7.3 cents and 9.2 cents, respectively. He said industries are already facing deteriorating law-and-order situation; complexity of taxes, and curtailed supply of gas and now the power tariff hike would further hit the exports and the revenue.

The participants of the meeting also urged the government to give due representation to the private sector in the Oil & Gas Regulatory Authority to make it an efficient department. At present, all decisions are being made without keeping in view of the ground realities. The export-oriented industry is in deep trouble because of high cost of doing business and is on the verge of collapse, he said and added that such anti-business acts would hamper the growth of manufacturing sector. He said the government’s machinery always vows to take the private sector on board but they do not bother to consult any trade or industrial body while making the decisions.

Pre-Book Galaxy S7 Edge And Get a Gear VR Free

Pre-Book Galaxy S7 Edge And Get a Gear VR Free Lahore: 2nd March, 2016 - Samsung has now begun the pre-booking of the most anticipated smartphones of ... Read More